What is low-band 5G? Sub-6 explained 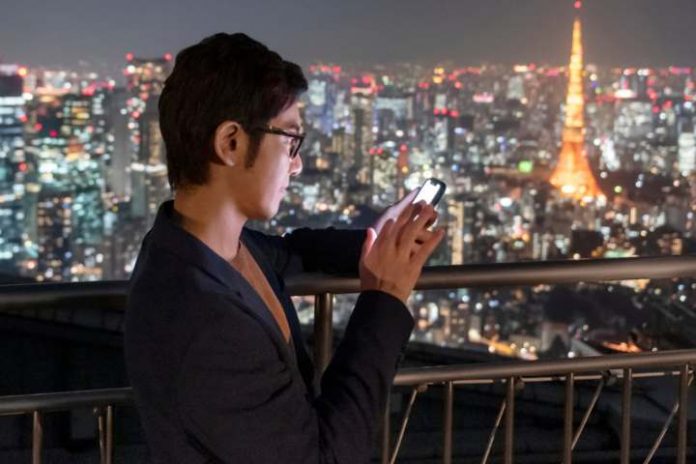 There’s little doubt that 5G promises to change how we communicate, live, and work in a pretty big way. Unlike the cellular technologies of yesteryear, 5G offers capabilities and performance that were once the exclusive domain of wired networks. So, it’s no surprise that deploying these advanced networks has become more involved than anything that’s come before.

To deliver what 5G is truly capable of, wireless carriers have had to work across a much broader range of radio frequency spectrum, from the lower frequencies where the original GSM cellular networks lived, up to those used by radar systems and satellites.

Although wireless carriers have been striving to use the higher midrange and millimeter wave (mmWave) frequencies for the advantages they offer, it was in the lowest part of the sub-6GHz zone where most 5G rollouts began.

The reason for this was pretty simple. These low-band frequencies are where older GSM, 3G, and 4G/LTE technologies have lived for the past two decades. This means carriers already had the necessary licenses for this spectrum. They also had thousands of cellular towers deployed that could be reconfigured to deliver 5G without the need for entirely new equipment.

What is low-band 5G?

Low-band frequencies are technically defined as those below 1GHz. However, in the context of wireless carriers, this covers everything below 2.3GHz — the frequencies where GSM, 3G, and LTE have historically lived.

In North America, the original GSM services used the 850MHz and 1.9GHz (1900MHz) frequencies almost exclusively. Later, with 3G and LTE, all the U.S. carriers expanded onto the 700MHz and 1.7GHz frequencies, while AT&T also went up into the 2.3GHz range, T-Mobile added 600MHz on the bottom end, Sprint also set up on the 2.5GHz band. Some carriers in Canada and Mexico also deployed LTE services at 2.6GHz, but this higher frequency wasn’t licensed for cellular use in the United States in those days.

However, other than Sprint, all the major U.S. carriers generally stuck to the four core frequencies: 700MHz, 800MHz, 1.7GHz, and 1.9GHz. When T-Mobile merged with Sprint in early 2020, its 2.5GHz 4G/LTE network was shut down so that these frequencies could be repurposed for T-Mobile’s midband Ultra Capacity 5G service.

When AT&T and T-Mobile began rolling out their 5G networks, they stuck to the frequencies they already used and had licenses for. AT&T deployed its 5G at 850MHz, and T-Mobile rolled out its nationwide network using its 600MHz spectrum. Verizon went the other way and avoided the lower frequencies entirely at first. Instead, it chose the much higher frequency mmWave spectrum, giving it a considerable speed advantage at the expense of abysmal coverage.

What does Sub-6 mean?

The term sub-6 has become somewhat confusing, as it was initially used to mean all of the frequencies below 6GHz, in contrast to mmWave, which starts at 24GHz.

While the difference between sub-6GHz frequencies and mmWave is pretty staggering, when the industry started using the term sub-6, the Federal Communications Commission (FCC) hadn’t yet made the midrange C-band frequencies available for 5G use. Once carriers started to deploy 5G in the 2.5–4GHz range, it became clear that not all sub-6GHz frequencies deserve to be lumped together, and some folks now use sub-6 to refer only to low-band 5G.

That’s not universally true, though. Many will correctly point out that since Sub-6 still means Sub-6GHz, it should apply to all frequencies below 6GHz, including faster frequencies like C-band or even higher 4-5GHz spectrum that could someday be freed up, along with slower 600MHz low-band. Hence, sub-6 has become an imprecise term, and it’s better to refer to the 5G spectrum as low-band and midband, as there are some significant differences between the two frequency ranges.

The low-band frequencies were low-hanging fruit for most carriers to start their 5G deployments. They already had the necessary spectrum licenses from the FCC and at least some compatible radio equipment and towers in place.

More significantly, though, the low-band spectrum allowed the carriers to deploy 5G across a much wider range. Lower frequencies travel farther and aren’t nearly as prone to interference from things like buildings and trees.

Unfortunately, the tradeoff was that these frequencies didn’t offer a significant speed advantage over the 4G/LTE networks already in place.

In the same way that a multi-band Wi-Fi router offers an extended range with slower speeds on the 2.4GHz band than on the 5GHz band, cellular signals in the 600MHz and 850MHz range can travel great distances, but they aren’t very fast.

This strategy allowed T-Mobile to be the first carrier to get a Nationwide 5G network up and running across all 50 states. These 600MHz signals could travel a long distance, allowing T-Mobile to cover substantially more territory with fewer towers. However, as an OpenSignal report from early 2020 showed, the speeds weren’t dramatically better than T-Mobile’s 4G/LTE network.

Meanwhile, carriers in other countries like South Korea had chosen to use midband spectrum for their 5G deployments, boasting more impressive numbers, while Verizon topped the charts thanks to its use of mmWave. However, it’s also important to note that Verizon’s 500Mbps speeds were only available to 0.4% of its customers. Sprint also showed better numbers thanks to its midband 2.5GHz spectrum.

The problem wasn’t just the lower frequencies that AT&T and T-Mobile were using. Since 5G technology is more advanced than 4G/LTE, it should perform faster even at 600MHz and 850MHz.

However, when AT&T and T-Mobile deployed 5G on these frequencies, they couldn’t just turn off the 4G/LTE services that were already running there. They had to find a way to make 5G peacefully coexist with these older wireless technologies.

So, they turned to a technology known as Dynamic Spectrum Sharing (DSS), a feature of 5G that was explicitly designed to let it work alongside 4G/LTE on the same frequencies. In straightforward terms, DSS allows 5G data to be inserted into any unused gaps in 4G/LTE transmissions.

Using DSS allowed 5G deployments to roll out much more quickly by taking advantage of unused 4G/LTE capacity, but it also had one huge downside. DSS is a 5G feature, so 5G signals knew how to share the airwaves with 4G/LTE signals, but LTE had never been taught how to share.

Hence, DSS 5G is forced to yield right of way to 4G/LTE signals, which always get priority. On a busy or congested 4G/LTE network, the 5G performance suffers.

On Verizon, the results of DSS were so bad that PCMag’s Sascha Segan told Verizon iPhone users to turn off 5G, dubbing DSS a “desperately slow system” after tests revealed that the carrier’s DSS 5G was almost never faster than 4G, and was actually slower in major cities like New York and Chicago.

Sadly, the problem is that carriers want to push the perception of offering 5G. They want folks to see the “5G” icon light up on their smartphones, even if it doesn’t provide performance that’s any better than the 4G/LTE network. Consider the stunt AT&T pulled a few years ago with its “5G Evolution” network, giving its customers a “5G E” icon for its slightly improved 4G/LTE network.

Leaving AT&T’s silliness aside, seeing a “5G” on your phone usually does mean you’re connected to an actual 5G network. However, it doesn’t mean you’ll see impressive 5G speeds. If you’re using low-band 5G frequencies, you’ll get low-band 5G speeds that usually won’t be much better than using 4G/LTE.

Nevertheless, even as carriers deploy faster networks using midband and C-band spectrum, there will always be a place for low-band 5G. With the extensive range offered by the 600MHz-850MHz spectrum, it’s these frequencies that carriers will continue to rely on for covering less populated areas. It’s simply not worth putting up dozens of new towers to cover a relatively small number of customers.

Carriers used a similar strategy even in the GSM days. In Canada, 1.9GHz was used exclusively in major urban centers, while 850MHz was used for rural coverage. Frequency licensing issues prevented this approach from being used as extensively in the United States. However, carriers still leaned toward using higher frequencies in cities and lower frequencies in the countryside wherever possible.

Now that carriers have reasonably large swaths of midband spectrum to play with, 5G deployments are falling along even more dramatic lines. Most 5G customers will be covered by the midband spectrum, with faster and higher-capacity mmWave deployed in dense areas where network congestion is a problem, such as stadiums and airports. Low-band 5G will effectively become the fallback spectrum to ensure that you still get 5G when there’s nothing better available.

The good news is that low-band 5G speeds should improve as more folks move to 5G smartphones and leave 4G/LTE technology behind, avoiding congestion problems as 5G DSS no longer has to yield as much space to older cellular technologies. Eventually, 4G/LTE will be decommissioned entirely, although we’ll probably have moved on to 6G by then.