HomeNewsWhat does a private 5G network mean for you?
News 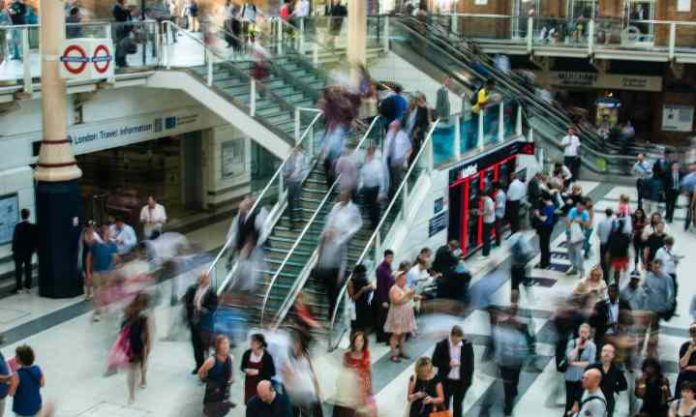 The advent of 5G has the potential to change the world in a lot more ways than just offering faster mobile data. With speeds and latency good enough to replace wired broadband connections, 5G is already revolutionizing home internet services, but even that’s just the tip of the iceberg.

In many ways, the real future of 5G technology lies in private 5G networks. With the ability to deliver Wi-Fi-like performance over a much wider area, 5G is finding its way into industrial, agricultural, healthcare, and even retail spaces. With 5G, businesses can get much faster and broader coverage without the expense of wiring up and deploying dozens more Wi-Fi access points.

While most of these private 5G networks have traditionally been invisible to consumers, that’s starting to change as the retail and hospitality industries and educational institutions realize that private 5G can also help them deliver services far more efficiently to their clientele.

Even if you haven’t experienced it yourself, you’re probably aware that 5G can reach speeds that older 4G/LTE networks couldn’t even touch. Under ideal circumstances, a high-frequency millimeter-wave (mmWave) 5G network can deliver speeds of up to 4Gbps.

While mmWave isn’t widespread among carriers due to its relatively short range, that’s not a problem for most private 5G networks since they typically only cover a smaller area. Similarly, carriers mix mmWave 5G into their larger mid-band and low-band 5G networks to cover dense and busy areas like stadiums and airports.

To put this in context, even the fastest Wi-Fi 6 routers can only deliver 4.8Gbps on a single 5GHz channel, and you pretty much have to be sitting on top of the router to get those speeds. 5G can provide sustained throughput over a much greater distance, plus it handles the congestion created by a lot of wireless devices much more effectively than even Wi-Fi 6.

These multi-gigabit speeds aren’t about delivering that kind of performance to a single device. By offering 4Gbps of bandwidth, networks can support dozens or even hundreds of devices running at speeds that are at least acceptable. For example, to use some oversimplified math, 100 devices could each get 40Mbps speeds — more than enough to stream 4K video to a mobile device.

Private 5G and you

A recent study conducted by Verizon predicts that 5G adoption in stores could triple by 2024 as retailers search for new ways to provide digital in-store experiences for their customers.

In fact, with 93% of retailers expecting in-store phone usage to increase substantially, analysts predict that moving to 5G will become unavoidable. Many in-store Wi-Fi networks are already struggling to keep up with customer demand, especially in larger retail spaces like grocery stores and department stores, not to mention shopping malls.

You’ve probably noticed this if you’ve ever tried to hop onto the Wi-Fi network at your local shopping mall, especially during busier times of the day or holiday shopping seasons. Most of the time, you’re better off just avoiding the Wi-Fi network entirely and staying on your cellular data plan, even if it costs you a bit more in data charges.

Today, the adoption of private 5G among retailers is sitting at around 13%, and much of that is only used internally for things like real-time inventory management and point-of-sale systems. Analysts say that we can expect that to triple by 2025, with the most significant increase coming to grocery and general merchandise stores.

More significantly, these private 5G networks will become much more customer-facing. There will come a day when you’ll be able to switch over to a private 5G network when walking into your local Walgreens to access in-store services and local deals.

However, private 5G goes well beyond the retail industry. Hotels are also getting on board, offering 5G networks that provide guests with seamless, hassle-free network coverage no matter where they are on the property. For example, the private 5G network at a hotel in South Beach, Florida, keeps guests connected to the internet and even lets them monitor and control what’s happening in their rooms, whether they’re in the dining room or lounging by the pool.

When you check into a resort that offers private 5G, you’ll no longer need to worry about Wi-Fi passwords and network names. Instead, you’ll be connected to the hotel’s 5G network everywhere on the property, the same way things (hopefully) work with the 5G service you’re getting from your cellular carrier.

Universities are also deploying private 5G networks to provide much-needed coverage and performance for students across entire campuses. This is another area where Wi-Fi networks just don’t cut it. Campuses often provide Wi-Fi networks within the faculty buildings and dorms, but you’re on your own when moving between buildings.

With private 5G, students, faculty, and visitors can access the school’s network everywhere on the property without the frustration of weaker Wi-Fi signals. New technologies can seamlessly blend private 5G and Wi-Fi networks, so students and staff can move from a faculty’s local Wi-Fi network to the broader 5G services without ever missing a beat.

For example, a university student could move from their dorm Wi-Fi network to the campus-wide 5G on the way to their first class and then onto a different Wi-Fi network when they arrive at the faculty building. They could do all this even while participating in a real-time video or audio call, as the handoff between networks would be transparent to the person’s smartphone or tablet.

Even 5G home internet works on the principle of blending 5G and Wi-Fi. We’re still years away from delivering 5G directly to every device in your home. Instead, your carrier provides a home router that’s not unlike what you already use with a wired broadband provider, except it connects wirelessly to the 5G network. Your PCs, laptops, game consoles, and smart home devices connect to that using Wi-Fi just like any other home router.

Over the next few years, we’ll continue to see the symbiotic relationship between 5G and Wi-Fi grow more robust since there’s still a lot of room for both. 5G will be used to let you roam around stores, hotels, and university campuses with your smartphone or tablet, while Wi-Fi will still handle things in smaller areas like classrooms, hotel rooms, and, of course, your home.