HomeNewsTreat yourself, Gucci and Oura have made a $950 smart ring
News 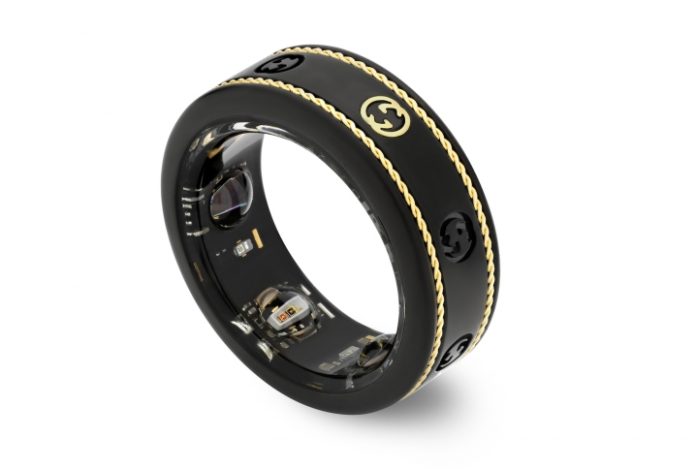 Oura, the company that makes the Oura Ring, has struck a partnership with luxury fashion brand Gucci to create a special version of its wearable health tracker. It adds the existing technology inside the Oura Ring to a new, instantly recognizable Gucci design, giving those interested in the wearable a new look to choose, provided they have the budget to do so.

The Oura x Gucci smart ring is based on the third-generation model, which was released in November 2021, complete with new sensors and more app functionality, along with a new subscription package. The Oura Ring tracks your heart rate, respiratory rate, and body temperature, then pulls the data into a clearly laid-out app to give you surprisingly deep insights into your sleep, activity, and health.

Gucci has taken this technology and wrapped it inside a new design. It’s made from PVD-coated titanium and adorned by the iconic Gucci G logo, outlined with 18-carat gold, and completed with a braided torchon-style motif, again in gold, around the edge. Weight hasn’t been increased and it tips the scales at 4 grams, matching the lightest existing Oura Ring.

Currently, there is only one Oura Ring design, a fuss-free titanium ring also with a PVD coating and a flat section on the top. Previously, Oura offered a design with a point instead of the flat section, but this was discontinued for the third-generation model. There are four color options — silver, black, gold, and a dark matte finish called Stealth.

Adding a new design definitely helps increase the appeal of the Oura Ring, but when that new design comes from a luxury brand like Gucci, a similarly luxurious price should also be expected. Sure enough, the Gucci x Oura smart ring costs $950 or 950 euros. It’s a considerable step up over the $299 cost of the silver or black non-Gucci versions, and still more than double the price of the $399 gold and Stealth versions.

There is some extra value built in though, as the Gucci Oura Ring comes with a lifetime membership to the app, which will cost $7 per month after the six-month free period is over with any standard Oura Ring. The subscription provides access to more features and insights into the data, plus access to guided relaxation and motivational sessions.

The Gucci x Oura smart ring will be available through Gucci’s online store and selected boutique retail stores starting May 25.