HomeNewsThe Oppo Find N will be among the first foldables to try...
News 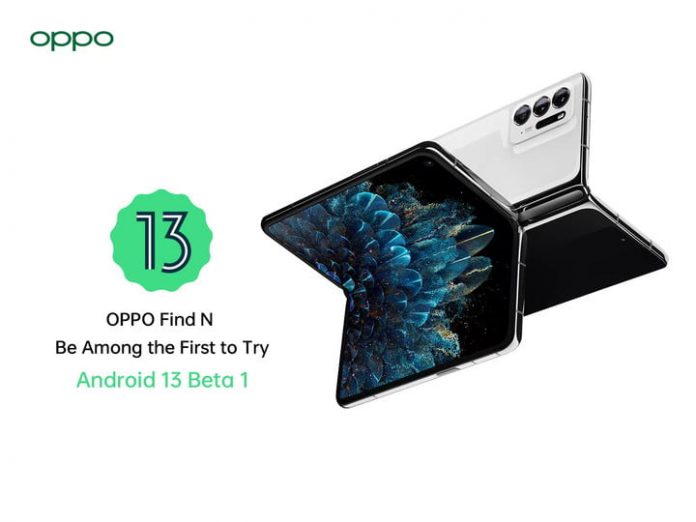 The promises of Android 13 are enough to get any Android user excited, but Oppo smartphone owners won’t have to wait to see what the next major update to the operating system has in store. The Find N is Oppo’s flagship foldable and already supports the Android 13 Beta 1 for users in China while the Find X5 Pro supports the first beta across the globe.

Although it’s certainly exciting to have the chance to try out the Android 13 Beta on a regular smartphone, Google showcased the software update’s focus on tablets and foldables at the company’s I/O keynote yesterday. Specifically, the Find N was highlighted during the presentation and now owners will be able to see what the big deal is for themselves.

Foldables are still relatively new to the smartphone scene, which is what makes the prospect of being able to try out Android 13’s first Beta so enticing. A bigger screen means more display real estate is devoted to multitasking which seems to be part of Google’s push in the new major update.

The Oppo Find N seems to be a great device to try Android 13 out on. It’s been reviewed well and already does a lot to optimize the foldable experience as users transition from using unfolding smartphones into tablet hybrids, meaning that it should pair nicely with the features that Google has up its sleeve. The Find X5 Pro, while not a tablet or foldable, is also a solid device to experiment with the Beta on, but it obviously won’t be able to make use of the tablet/foldable optimizations.

The only downside to all of this is that, as mentioned above, the Android 13 Beta 1 is only available on the Find N in China. This severely limits the number of people who will be able to dive headfirst into the update’s new features, but the rest of the world will still be able to see some of them on the Find X5 Pro.

Facebook
Twitter
Pinterest
WhatsApp
Previous articleIntel, move over — this may be the most powerful CPU ever
Next articleGoogle Pixel 6a vs. Samsung Galaxy A53: A big upset?
- Advertisment -