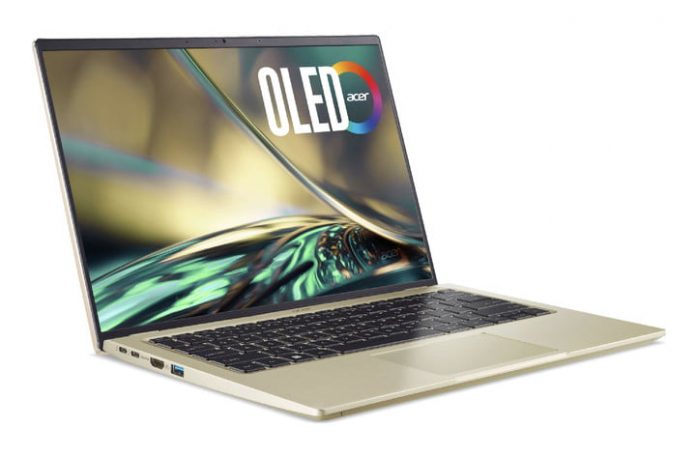 Acer just announced a handful of new laptops, but the most notable is the Swift 3 because it packs an OLED display into a device that’s only $900. Typically, you would spend well over $1,000 to get an OLED display on a laptop, though companies like Acer (and Asus) are changing that trend.

Acer’s Swift product line usually offers solid hardware for a more affordable price. However, to get to that lower price point, certain other things have to be sacrificed. Usually, that was the display, which has always underperformed compared to premium options. The introduction of an OLED display is an exciting proposition because it means the one thing holding these devices back is about to be totally revamped.

It isn’t just the OLED display that makes the new Swift 3 appealing, though. The Swift 3 is powered by Intel’s 12th Gen H-series processors, put to the Core i7. It features an aluminum chassis, a PCIe SSD up to 1TB, up to 16GB of LPDDR5 memory, and Wi-Fi 6E connectivity.

The battery also offers up to 10 hours of life on a single charge, which is pretty solid for an OLED device. A 30-minute charge will give you four hours of use.

Getting all of this in a laptop that costs less than $900 will be appealing to budding creatives, students who need a powerful laptop, or anyone doing extensive photo editing and color editing work.

Acer also announced the Spin 5 and Spin 3 laptops. The Spin 5 is a 2-in-1 notebook aimed to compete with premium options like the Dell XPS 13. Like the Swift 3, it sports up to a 12th Gen Intel Core i7 processor, up to 1TB PCIe NVME SSD, 16GB of LPDDR5 RAM, and Wi-Fi 6.

The Spin 3 is very similar. It has the same specs and battery life, but a lower-resolution IPS FullHD (1920 x 1080) display. It also supports up to 16GB of LPPDR4X memory, a step down from the LPDDR5 RAM on the other two options.

It’s clear that Acer wants its laptops to compete with premium options. We will let you know how they perform when we get our hands on them for review.

What It Takes to Become a Good Full-Stack Developer