HomeNewsSamsung is aiming even higher in foldables this year
News 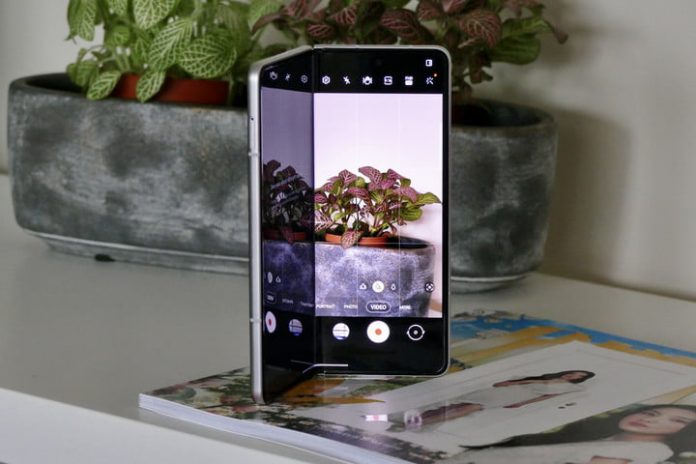 Samsung has reportedly begun mass production of core components for its upcoming foldables. The company has two main foldable lineups the Fold and Flip. So it’s evident that components being produced are for the rumored Galaxy Z Fold 4 and Galaxy Z Flip 4. The South-Korean website TheElec revealed the information, further stating that the foldable phones will go into production in July.

Reports suggest that Samsung plans to produce 10 million units of the Flip and Fold series by the end of 2022. It is supposed that 70% of these could be Flip units while the rest may be Fold units. This is just a speculative number and the exact figures won’t be released until July. For reference, Z Flip 3 had a 65% of share whereas Z Fold 3 was 35% of the total Samsung foldables produced in 2020.

Samsung Display will also magnify its manufacturing capacity for foldable display modules. It is said that the company will expand from 7 to 10 production lines at its Vietnamese factory. With this expansion, Samsung hopes to manufacture 2 million display modules per month compared to the 1.4-1.5 million units produced.

The Foldable smartphone market is estimated to reach $29 billion in 2025. Thus, it makes sense for Samsung to ramp up production of its foldable phones. In 2021 sales of Samsung foldables increased four times over the preceding year. The company also revealed that Galaxy Z Flip 3 and Z Flip 3 surpassed the total sale of Samsung foldables in 2020, within a month. Consumers are loving Samsung Foldables and there could be a bigger demand this year. As a result, Samsung has ramped up production to be on the safer side.

The company is expected to have a 15% profit margin which is lower than the flagship S series. This is likely to keep the pricing in reach for a bigger audience. We do not have a launch timeline for the upcoming Samsung foldables but they will likely appear in the month of August or September.

This LG display completely changed my mind on portable monitors

Pixel 6a challenges Samsung for the ‘default’ Android crown