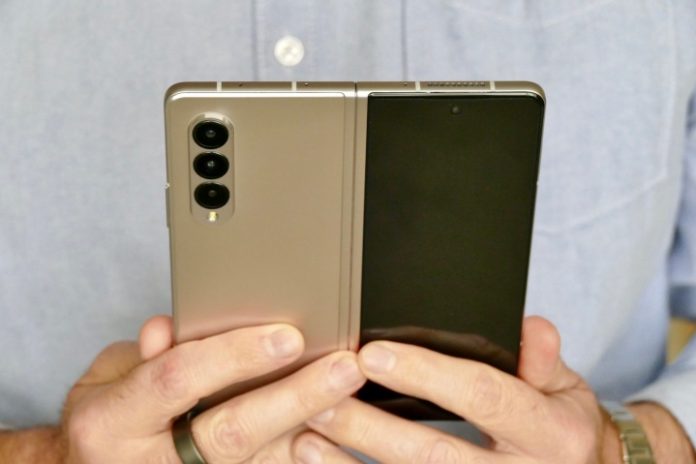 The Samsung Galaxy Z Fold 4 is expected to combine foldable novelty with a flagship experience all-around. It is tipped to be a massive upgrade over the Galaxy Z Fold 3, which is losing ground against this year’s flagship Android smartphones in terms of cameras and raw prowess. Here’s all we know about the Galaxy Z Fold 4 so far.

Qualcomm recently announced its flagship chipset for the second half of 2022. The Snapdragon 8+ Gen 1 will power most (if not all) of the Android flagship smartphones launching later this year, making it the most likely choice for the Galaxy Z Fold 4, where it could be paired with 512GB of storage alongside 12GB of RAM. Reports that Samsung may retire its own Exynos processors indicate that if it happens, it will be after the launch of the Galaxy Z Fold 4, so global versions may still use an Exynos chip.

By contrast, the Galaxy Z Fold 3 sports a 2x zoom with a 12MP telephoto lens. The upcoming foldable smartphone is likely to retain the under-display selfie shooter on the main screen. While there are no details on the other camera sensors, it’s possible Samsung will add the same 108MP primary and 12MP ultra-wide cameras it used on the Galaxy S22 Ultra.

Slight changes to the design and display

As for the display size, the Fold 4 is said to have a 6.2-inch cover display and a 7.6-inch main display. The smartphone could feature an HD+ Dynamic AMOLED 2X panel on the outside with a resolution of 2268 x 832 pixels alongside 120Hz refresh rate support. On the other hand, the internal screen may have a QXGA+ Dynamic AMOLED 2X panel with a resolution of 2208 x 1786 pixels and up to a 120Hz refresh rate.

It was previously reported that the Samsung Galaxy Fold 4 will have an S-Pen slot. However, recent rumors state otherwise. The foldable device is likely to retain the support for S Pen with no in-built slot to house the accessory. So you will have to rely on a cover if you want to keep the S Pen with your Fold 4.

The Galaxy Z Fold 4 release date is currently unknown, but we can make an educated guess. The Galaxy Z lineup has replaced Samsung’s Galaxy Note lineup that used to launch in the second half of the year. We expect the next Galaxy Z series to be announced at an Unpacked event by September. The Galaxy Z Fold 4 is likely to rival Apple’s 2022 flagship iPhone 14 lineup, which is also likely to arrive around September.

We haven’t heard anything regarding pricing yet but we can expect the Galaxy Z Fold 4 to cost about the same as its predecessor, making it one of the most expensive Samsung smartphones.

That’s all we know about the Galaxy Z Fold 4 for now, but we will update here with more rumors as they emerge. In the meantime, we have a wishlist for the upcoming Fold 4, which includes better app optimization, a creaseless display, and more. If you want to buy a new phone before it’s released later this year, take a look at our best Android smartphone recommendations.