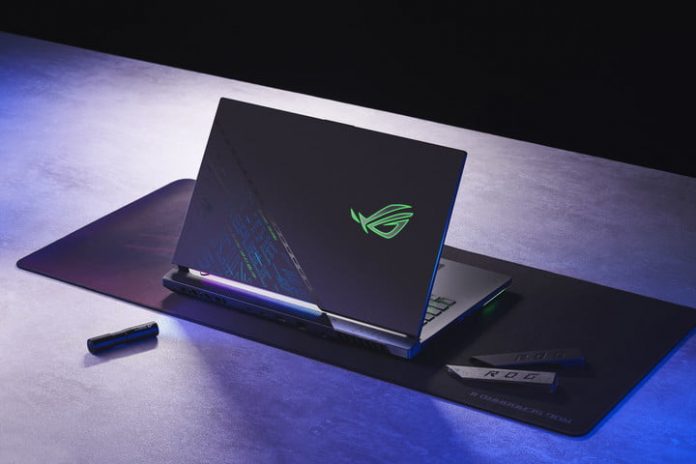 Asus has just announced the upcoming release of the ROG Strix Scar 17 SE, a new gaming laptop that will most likely deliver intense levels of performance.

Equipped with the new Intel Alder Lake-HX processors and the latest Nvidia mobile graphics cards, it’s a safe contender to be among the most powerful gaming laptops you can buy.

Asus needs no introduction — it’s certainly known for making top-notch gaming laptops (among other things). While ROG Strix is hardly a new lineup, the manufacturer has made the latest iteration of it truly powerful, stacking high-end components in a 17-inch laptop made for enthusiasts.

The first noteworthy item on the component list for the ROG Strix Scar 17 SE is the latest and greatest in Intel’s mobile CPU lineup. Part of the Alder Lake-HX family, the Core i9-12900HX found in this CPU delivers a total of 16 cores and 24 threads, the most of any laptop processor. This 55-watt processor has equally impressive clock speeds: 3.6GHz base and 5.0GHz boost. When used in Turbo mode, the CPU consumes up to 175 watts of power, a big chunk of the impressive total system power budget sported by the Strix Scar: 240W.

No one would pair this kind of processor with a weak graphics card, so Asus used the Nvidia GeForce RTX 3080 Ti in its mobile version. What’s perhaps more impressive is that the GPU received a very robust power limit, maxing out at 175W. It’s safe to say that this laptop won’t be one of those Ultrabooks that you can use for hours before you need to charge.

With these power requirements, you might have to game while plugged in, although Asus hasn’t talked about how long to expect on a single charge just yet. What we do know, however, is that the laptop will support 100-watt USB-C charging and be quick to charge back up to full, promising up to 50% in just 30 minutes.

When it comes to the screen, so far it’s difficult to find potential flaws. The display is a 17-inch QHD IPS panel with a refresh rate of 240Hz. It supports Adaptive-Sync and Dolby Vision HDR to max out on both the pretty colors and lightning-fast performance.

With specs such as these, you should be able to play just about any game on Asus’ new laptop, provided it doesn’t run too hot. Asus seems to be on top of that, too, seeing as it talked about the thermals at length. The company refers to a technology called Thermal Grizzly’s Conductonaut and cites it as the reason why the Strix Scar should be able to run your favorite games for hours without heating up too much. Asus promises that this tech will deliver temperatures up to 15 degrees Celsius lower than other similar options. There’s also a custom vapor chamber and four exhaust vents that bring some air to the crowded chassis.

Considering the potential power of the Asus ROG Strix Scar 17 SE, it definitely won’t come cheap. The configurations start at $3,500, and according to Asus, will be “available soon” at retailers such as Amazon, eShop, Managed Breadth, and Micro Center.