Pixel 6A case hands-on: More clues about Google’s next phone 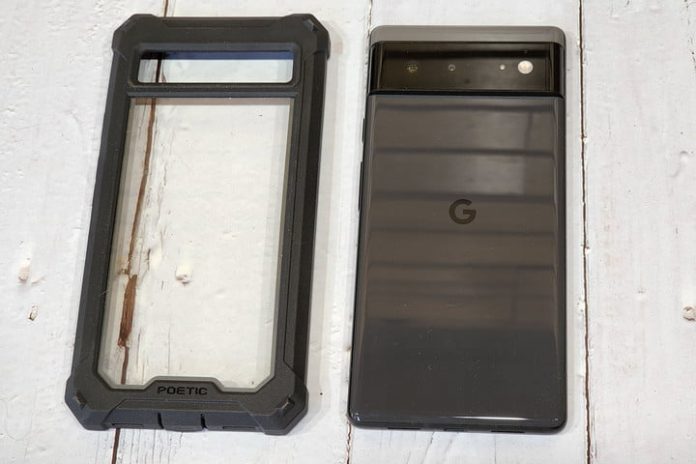 It’s not unusual for a phone reviewer to receive a phone case, but yesterday I received a phone case for a phone that doesn’t exist yet. Poetic sent me a case for the Pixel 6A which, allow me to repeat myself, doesn’t officially exist yet. But the case itself suggests a few things about the phone, not the least of which seems to be that it’s coming soon. If I had to put money on it, I’d place my chips squarely on Google I/O.

Phone case makers often try to have cases made for popular phones before release. Often cases will be made to exacting specifications from the manufacturer, but sometimes it’s a “best guess.” Taking things with a grain of salt, we can’t assume that everything about this case is right on the money. But the case is an actual product with packaging, so it’s fair to assume it reflects some confidence in what’s to come.

So what did we learn?

Compared to the case for my Pixel 6, the overall footprint of the Pixel 6A looks to be just millimeters smaller than its older sibling. Poetic cases are typically made with a frame that can include a screen protector over the face of the phone. My sample included a frame with a screen cover and a second one without. Normally, the phone is placed into the frame, and then that assembly locks into the case itself.

The Pixel 6 does not fit into either frame, but it’s not too big by a large margin. Again, it’s within a few millimeters. The phone itself does fit within the larger case. Of course, that case is meant to accommodate the phone and the frame, so again, it suggests the Pixel 6A will be slightly smaller.

Button placement on the Pixel 6A seems to be about the same, and unfortunately, the power button is still placed above the volume rocker. It wouldn’t be my first choice.

So what does all this tell us? There’s not a lot that we didn’t already know about Pixel 6A, but I think this phone case, assuming it’s accurate, gives us a few more details we didn’t previously know. Most importantly, it suggests that the release of the phone is likely imminent, and we’ll very likely see it next week at Google I/O. Of course, we’ll be covering that event extensively, and hopefully, we’ll learn everything else about the phone at that time.