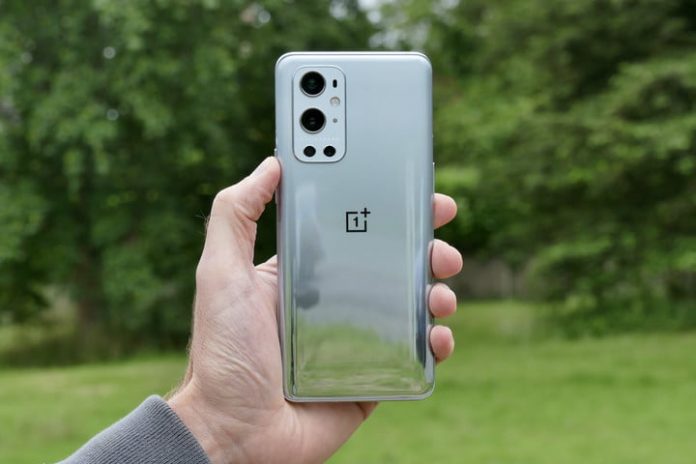 If you’re already rocking a OnePlus 9 Pro and thinking of upgrading, the OnePlus 10 Pro could be on top of your list. Or, considering the OnePlus 9 Pro has received some price cuts recently, you might be thinking of getting it over the newer OnePlus 10 Pro. Whatever the reason, we’ve compared both these smartphones to find out how they fare against each other so you can choose which one’s best for you.

The front side of the OnePlus 10 Pro and the OnePlus 9 Pro don’t see many differences, as both smartphones look quite similar, with big curved displays and a punch-hole camera in the top-left corner. There are many more differences on the back, though. The OnePlus 9 Pro has a tall, rectangular camera bump, with four camera sensors and horizontal Hasselblad branding. The OnePlus 10 Pro’s camera module is comparatively bigger, as it extends to the left side of the smartphone. Also, it houses one less camera sensor, and the Hasselblad branding sits vertically on the extreme left.

Talking about the front side again, you get 6.7-inch Fluid AMOLED panels on these phones with HDR10+ certification and a screen resolution of 1440 x 3216 pixels. The displays are vibrant, sharp, and produce bright and deep colors. Furthermore, thanks to a 1,300 nits peak brightness, both these smartphones can be easily used outdoors under direct sunlight.

There are some minor differences in the screens of these mobiles. The OnePlus 9 Pro uses an LTPO panel, whereas the OnePlus 10 Pro uses a newer LTPO 2.0 panel. Both provide an adaptive refresh rate of 1Hz to 120Hz. However, the latter provides faster adjustments to refresh rate and helps the phone to offer better battery consumption.

Since there aren’t many differences and both smartphones are almost similar on all these fronts, this round’s a draw.

When looking for a smartphone, performance is one of the important factors for many. As ‌with most flagship smartphones, you won’t be disappointed with the performance of the OnePlus 9 Pro and OnePlus 10 Pro. The older OnePlus 9 Pro has Qualcomm’s Snapdragon 888 chipset under the hood, whereas the OnePlus 10 Pro comes equipped with the latest Snapdragon 8 Gen 1 SoC. The latter offers better performance, though you’ll hardly notice it during day-to-day usage.

The OnePlus 9 Pro comes with 8GB or 12GB of RAM, coupled with either 128GB or 256GB of internal storage. In contrast, the OnePlus 10 Pro has similar RAM but gets a 512GB storage variant as well. However, the OnePlus 9 Pro has the upper hand in the U.S., as the 256GB variant is available to purchase. The 10 Pro only comes in an 8GB plus 128GB storage option here.

Both phones support 65W fast charging. It takes about 30 minutes for the OnePlus 9 Pro to charge to full, and because of the bigger battery, the 10 Pro takes around three to four minutes more. Besides, the phones support 50W fast wireless charging as well.

The OnePlus 9 Pro has more storage, while the OnePlus 10 Pro has a better chipset and a longer-lasting battery. We’ll give this round to the latter.

Ever since OnePlus partnered with the Swedish camera manufacturer Hasselblad, there have been significant improvements to the camera performance of its smartphones. The OnePlus 9 lineup comprised the first smartphones born out of this partnership, and with the OnePlus 10 Pro, you get the second generation of what the company calls “Hasselblad Camera for Mobile software.”

To start off, the OnePlus 9 Pro sports a quad-camera setup that includes a 48MP primary lens with optical image stabilization (OIS), a 50MP ultrawide-angle lens, an 8MP telephoto for 3.3x optical zoom, and a 2MP monochrome sensor. The OnePlus 10 Pro’s camera department houses a 48MP main sensor with OIS, a 50MP ultrawide lens with a 150-degree field of view, and an 8MP telephoto for 3.3x optical zoom. The exclusion of the 2MP monochrome camera shouldn’t make any difference, as it was more or less useless. At the front, the OnePlus 9 Pro sports a 16MP selfie camera, while the 10 Pro gets a 32MP shooter.

There are some changes to the camera software on OnePlus’ latest flagship, too. The OnePlus 10 Pro now lets you shoot in 12-bit RAW format and also brings in a couple of more features like Movie Mode for adjusting manual settings while recording videos, a fish-eye mode, and Hasselblad’s color presets.

Overall, the OnePlus 10 Pro takes better photos from both the front and rear cameras, helping the phone secure a win for this round.

The OnePlus 9 Pro ran Android 11 on launch and has now been updated to Android 12. The OnePlus 10 Pro, on the other hand, runs Android 12 out of the box. Both these smartphones run OxygenOS’ current latest version, OxygenOS 12, on top. OxygenOS 12 brings in plenty of visual changes and new features like customizable dark mode, private safe, and a privacy dashboard. Also, it borrows a few features from Oppo’s ColorOS, since the two UIs now share a similar codebase.

OnePlus has promised three major OS updates and four years of security patches for the OnePlus 9 Pro and 10 Pro. The former has already received its first OS update to Android 12, so it’ll only see two new Android iterations now. By contrast, the OnePlus 10 Pro is yet to receive all three Android OS updates, meaning that it’ll get software support for a little longer. Hence, it manages to edge out the OnePlus 9 Pro in this round.

Both the OnePlus 9 Pro and 10 Pro are only available in a single variant in the U.S., and you can get the phones from T-Mobile, Amazon, or Best Buy. The 9 Pro with 12GB of RAM and 256GB of internal storage was originally launched for $1,069, but the price has been slashed to $799 now. In comparison, the OnePlus 10 Pro’s 128GB variant is available for $899.

The OnePlus 9 Pro, when launched, was a great smartphone and stood amongst the best Android flagships. The new OnePlus 10 Pro brings in quite some improvements, but there aren’t any major upgrades. You get better camera software and performance, a longer-lasting battery, and a faster chipset, but there isn’t a big difference.

If you are a proud owner of the OnePlus 9 Pro, you shouldn’t feel the need to upgrade to the company’s latest smartphone. The OnePlus 9 Pro is still a capable device and should do just fine for a year or two. Even if you’re looking to purchase a new phone, you can go for the OnePlus 9 Pro and save yourself $100. However, if the price tag doesn’t concern you, the OnePlus 10 Pro is definitely a better choice.