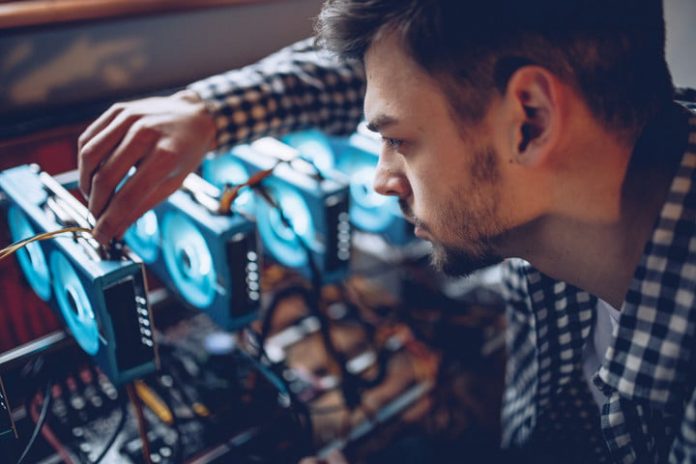 NiceHash confirmed they’ve developed a workaround that allows you to mine the Ethereum coin on GPUs without any of the limitations imposed by Nvidia.

As reported by Tom’s Hardware, NiceHash is the company behind the QuickMiner software and Excavator miner. Other individuals and groups have naturally tried to evade the LHR cap on Nvidia GPUs with their own software. For example, Tom’s Hardware points out one named NBMiner, which was able to unlock up to 70% performance.

However, an application that offered 100% ETH crypto mining capabilities has yet to materialize. Until now.

At the moment, QuickMiner provides support for the DaggerHashimoto (Ethash) algorithm, which is said to be compatible with nearly all Ampere-based Nvidia GPUs. However, you won’t be able to receive 100% performance from both the GeForce RTX 3050 and GeForce RTX 3080 12GB models. Tom’s Hardware attributes this particular restriction to the reported implementation of an updated LHR algorithm (LHRv3) for both these boards.

In any case, Tom’s Hardware tested the program on the GeForce RTX 3080 Ti Founders Edition and found it to “quickly” exceed the 100 megahashes per second (MH/s) mark. Comparatively, the website said the LHR limit that was previously in place would deliver a maximum of 77 MH/s.

Theoretically, NiceHash reckons crypto enthusiasts could push the GeForce RTX 3080 Ti LHR rate to about 120 MH/s, although that would require applying huge overclocks — this could potentially prove to be unstable and dangerous if you’re not familiar with the process.

The website’s sample was a Founders Edition version of the GPU, and it stressed that making the GDDR6X memory reach 110 degrees Celsius was understandably not a scenario it was willing to entertain.

However, by utilizing QuickMiner’s “Medium” optimization setting, it was able to extract a “steady hash rates of around 108 to 110 MH/s – still at 108 degrees Celsius on the GDDR6X, incidentally.”

Previously, someone released a tool that claimed to bypass mining limits on Nvidia GPUs, but that was immediately proven to be software that spreads malware.

Meanwhile, LAPSUS$, the group behind Nvidia’s 1TB hack, stated that it had managed to locate the algorithm responsible for LHR limitations. However, it was selling the tool for $1 million. Let’s hope no one took them up on that offer.

Will this have any impact on the GPU market?

When considering the fact that the GPU industry has started to normalize, consumers may be wondering if the software will have an adverse effect on the market — will there be another shortage? Are prices about to start rising?

The short answer? Not really.

Tom’s Hardware highlights how profitability, at current rates for Ethereum, on a powerful card like the 3080 Ti would only generate around $3.50 on a daily basis. As a result, it would take a crypto-miner nearly a year to simply break even and just recuperate the cost of the GPU itself.

While the appetite for crypto mining remains strong, those who are making meaningful profits from the space are largely restricted to groups or mining farms that can afford to pay for hundreds of Nvidia GPUs and the associated electricity bills that come with running such rigs.

However, these groups will have to take a huge risk if they decide to invest in these Nvidia GPUs due to the looming prospect of the Proof of Stake (PoS) concept, which would disable the ability to mine ETH on graphics cards. Whether PoS comes to fruition in the near future is another discussion entirely.