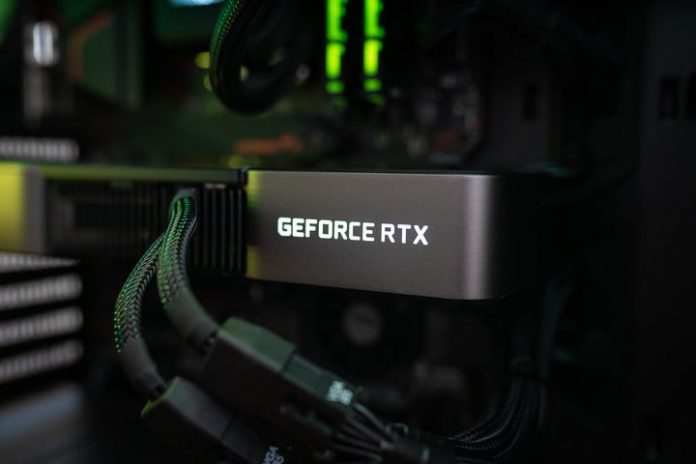 It seems that Nvidia’s next-gen RTX 40-series graphics cards could be set for a launch sooner than originally anticipated.

In fact, Team Green’s upcoming boards may become available as soon as mid July, according to a new leak.

Technology insider kopite7kimi provided an update on when the RTX 40-series, based on the Ada architecture, is expected to hit store shelves; he has heard that these video cards will arrive during the “early” stages of the third quarter.

For reference, the third quarter of a year starts from July 1 to September 30. If the cards are indeed scheduled for a release during the opening stages of that period, then that would theoretically indicate either a July or August launch.

VideoCardz reached out to the leaker seeking further clarification on his tweet, to which he responded with “mid-July”.

As ever, we always inform our readers to take any rumor with caution. That said, kopite7kimi has been one of the main sources of GeForce RTX 40-related information in recent months, and when factoring in his track record, the insider does seem to be well-connected.

Now here is where things get interesting. Nvidia itself recently confirmed its Computex 2022 keynote for May 23. One of the speakers out of the six keynote presenters is none other than Jeff Fisher, the senior vice president for GeForce.

The executive stated that the company and its partners “will be announcing new developments and products on both the enterprise and consumer fronts at the show,” which seems to lend credence to kopite7kimi’s claim that the RTX 40 GPUs will launch as soon as July.

If these next-gen cards are actually being prepared for a July debut, then next week’s Computex event is a perfect opportunity to officially introduce them.

Prior to today’s tweet, the general consensus of when the RTX-40 series would become available pointed toward September.

However, the RTX 3090 Ti has more or less been outed as somewhat of a test board for next-gen GPU silicon, so it shouldn’t come as too much of a surprise that RTX 40 graphics cards are ready to be unveiled soon.

Furthermore, the RTX 40-series has already reportedly entered its testing stage last month, suggesting that the cards have been fully developed.

As VideoCardz highlights, historically, Nvidia prefers to launch its high-end range of GPUs before the mid-range and entry-level variants. As such, ​​the RTX 4090, 4080, and 4070 could be introduced next week at Computex, but only time will tell which cards hit store shelves first.

As for the technical specifications of Team Green’s next-gen boards, kopite7kimi summarized everything we’ve heard so far: The RTX 4090 in particular could feature ​​16,128 CUDA cores, 24GB of GDDR6X memory that is clocked at 21Gbps, a power draw of 450 watts, as well as being twice as fast as the RTX 3090.

AMD, meanwhile, is expected to release its RDNA 3-based Radeon RX 7000 range of GPUs during the fourth quarter of 2022, which would see these products launch during the October to December period.