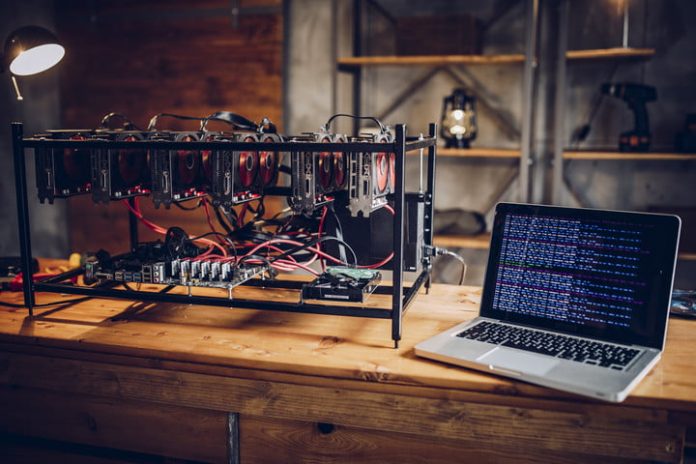 The U.S. Securities and Exchange Commission (SEC) has fined Nvidia $5.5 million for allegedly failing to disclose the influence crypto mining had on its GPU sales during 2018.

The agency said it settled charges against Nvidia “for inadequate disclosures concerning the impact of cryptomining on the company’s gaming business.”

A cryptocurrency miner attached to a laptop Getty Images

That said, although Team Green agreed to a cease-and-desist order and the fine itself, the SEC said the company is doing so “without admitting or denying the SEC’s findings.”

There’s an important distinction that needs to be emphasized here. The charges are exclusively related to Nvidia’s financial reports from 2018, which is right about when the crypto market began its astronomical rise into the limelight.

“Nvidia’s disclosure failures deprived investors of critical information to evaluate the company’s business in a key market,” said Kristina Littman, head of the SEC Enforcement Division’s Crypto Assets and Cyber Unit. “All issuers, including those that pursue opportunities involving emerging technology, must ensure that their disclosures are timely, complete, and accurate.”

As reported by The Verge, the government agency stated that the momentum for the crypto industry initially started to pick up steam in 2017, which saw Nvidia allegedly benefiting from its gaming GPUs being used as the go-to choice for many consumers’ cryptocurrency mining needs.

Bitcoin prices started skyrocketing, but Ethereum also saw its popularity reach new heights. For reference, certain Nvidia graphics cards are compatible with ETH mining. If you had a decent system that could handle constant mining activity, you could generate a considerable amount of profits.

In order to ensure sufficient stock of in-demand GPUs were available for gamers, The Verge highlights how Nvidia released its CMP range that was created for mining. However, some members of the company’s workforce are reportedly said to have recognized that GPUs designed for gaming systems remained popular among the crypto mining community in particular.

“The company’s sales personnel, in particular in China, reported what they believed to be significant increases in demand for Gaming GPUs as a result of crypto mining,” the report added.

The SEC further touched on this state of affairs in its press release.

However, the SEC alleges that Nvidia did not adequately point out crypto mining as an area that impacted sales for the gaming segment of its operations.

In other words, because crypto mining is such a fickle industry that is subject to constant fluctuations (in some cases, overnight drops that see the market cap for certain coins dropping by hundreds of billions of dollars), investors would naturally want to be made aware of the risks associated with investing in Nvidia if crypto was indeed a major contributor to its bottom line.

The rise and fall (and rise again) of crypto

In fact, The Verge even pointed out the crypto crash that materialized in the latter stages of 2018. As a result, Nvidia’s quarterly earnings projections decreased by $500 million, in addition to a lawsuit levied by shareholders.

As we previously mentioned, the SEC settlement is attached to Nvidia’s alleged lack of disclosure of crypto’s impact in 2018.

“In two of its Forms 10-Q for its fiscal year 2018, Nvidia reported material growth in revenue within its gaming business. Nvidia had information, however, that this increase in gaming sales was driven in significant part by cryptomining.

Despite this, Nvidia did not disclose in its Forms 10-Q, as it was required to do, these significant earnings and cash flow fluctuations related to a volatile business for investors to ascertain the likelihood that past performance was indicative of future performance.

During 2020, which is when the GPU shortage began, crypto prices started rebounding in a big way, ultimately culminating in ETH prices reaching a peak of more than $4,000 in 2021. As such, graphics cards were largely being bought by crypto miners, while regular gamers and consumers were left to pay massively inflated prices if they wanted one.

Nvidia, meanwhile, quietly launched upgraded models for its GPUs that were, by all accounts, specifically beneficial for crypto miners.

Ultimately, the $5.5 million fine won’t have any tangible impact on Nvidia’s operations. As pointed out by Tom’s Hardware, Nvidia generated $9.7 billion in revenue in 2018, $3 billion of which was profit.

As the PC gaming industry continues to grow, so does Team Green’s bank account — during 2021, the GPU giant made $26 billion in revenue, while it netted a profit of around $9.7 billion.