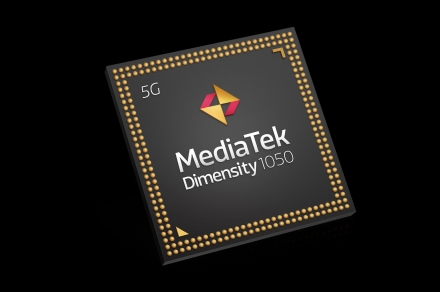 A phone you use on a mmWave 5G network in the future may be powered by a MediaTek chip. After confirming it was preparing to launch its first mmWave-capable system-on-a-chip earlier this year, the Dimensity 1050 is now here and it’s coming to smartphones before the end of September. It joins Qualcomm-powered phones on some, or all, of the carriers providing mmWave connections in the U.S.

MediaTek has already completed the necessary certification for the Dimensity 1050 to be used with U.S. carriers and also expects the certification required for the chip to be used with mmWave carriers in Japan to finalize in July. Although it has not provided information on device or carrier partners, it has said the first MediaTek-powered mmWave smartphones will arrive in the U.S. between July and September.

The Dimensity 1050 is an octa-core processor with two ARM Cortex A78 cores and six ARM Cortex A55 cores, with the same display and camera capabilities as the high-level Dimensity 9000 processor. Devices with the chip may have Full HD+ resolution screens with a refresh rate up to 144Hz, and cameras may take advantage of the MediaTek 550 APU’s dual-HDR feature. Phones may also leverage their A.I. smarts to improve low-light photography. Additionally, the Dimensity 1050 supports Wi-Fi 6E connections.

MediaTek’s push into mmWave isn’t the company’s only chip news. The new Dimensity 930 is an updated version of the Dimensity 830 and is destined for mid-range smartphones. It has swapped the two ARM Cortex A76 cores for Cortex A78 cores and is the first MediaTek chip to use an Imagination GPU. Other upgrades include HDR10+ support and LPDDR5 RAM.

It’s not all 5G news either. MediaTek continues to make 4G-only chips and the latest is the Helio G99, the first to be built using a 6nm process — a considerable step forward over its previous 12nm 4G chips. Smartphones with a 4G connection still make up 50% of the market so demand is still there, and the switch to a 6nm process will boost chip efficiency, and also assist with supply.

From the Editor’s Desk: Making sense of the Google Pixel Tablet