Latest Street View app update will send you back in time 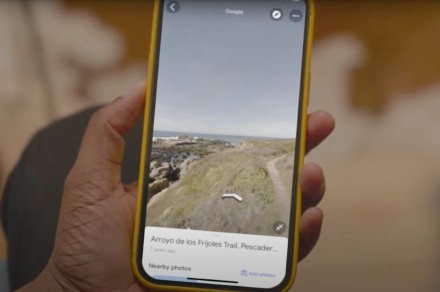 Google Maps is celebrating its 15th anniversary by taking mobile Street View viewers on a trip down memory lane. Google announced on Tuesday that it is implementing a new feature that will allow people using the app worldwide to see historical imagery on their phones.

Anyone using the desktop version of Street View has had the ability to see historical images of various locations since 2014, but from today, anyone using the mobile app will also be able to see how much their favorite landmarks have changed over the years.

Here’s how it works. Let’s say you want to look up the Guitar Hotel at the Seminole Hard Rock Hotel and Casino in Hollywood, Florida on Street View. You can see information about the building by tapping anywhere on the photo, and then tap See More Dates to view historical images of the Guitar Hotel from its construction phase in 2018 to its completion in 2019 and its full operation today. The earliest photos of other locations and landmarks date all the way back to Street View’s launch in 2007.

Testing out the new historical imagery feature on the Street View app now shows it’s likely still rolling out, and may not be available to everyone immediately. Have patience and it’ll arrive, or you can open up Street View on a desktop and see what’s in store for you there.

In addition to the new mobile Street View feature, Google has also talked about how it’s committed to building Street View over the coming years, and has revealed a brand-new camera system that will help it do so. The new system is ultra portable and highly customizable. It weighs less than 15 pounds, and Google says for context that it’s “roughly the size of a house cat.” It has a modular construction so new components can be added over time, helping to capture more information in new ways.

Most importantly, unlike older systems, the new camera can be fitted to any car as long as it has a roof rack. The new camera will find its way on to Google cars next year.