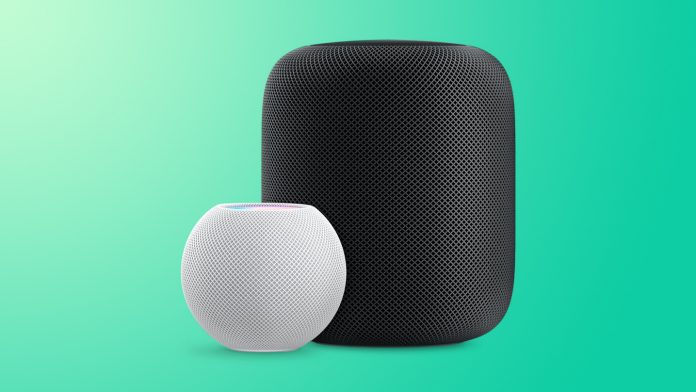 Apple is working on an updated version of the HomePod that could come in the fourth quarter of 2022 or the first quarter of 2023, according to Apple analyst Ming-Chi Kuo.

Kuo says that there “may not be much innovation in hardware design” for the new ‌HomePod‌, and there is no word on what size the device will be and if it will be a HomePod mini successor or a larger speaker.

Apple would release a new version of HomePod in 4Q22-1Q23, and there may not be much innovation in hardware design. Smart speakers are undoubtedly one of the essential elements of the home ecosystem, but I think Apple is still figuring out how to succeed in this market.

Bloomberg’s Mark Gurman previously said that Apple is considering a new version of the HomePod that would be sized between the original ‌HomePod‌ and the ‌HomePod mini‌, and it is possible that this is the speaker that Kuo is talking about.

Gurman also believes that Apple is working on speakers that are equipped with screens and cameras to compete with devices like the Google Nest Hub and Amazon Echo Show, but those devices are not expected to be launching in the near future. In addition, Apple is exploring a device that is an iPad connected to a ‌HomePod‌ via a robotic arm so that the camera can follow a user around the room, and it is testing versions of the Apple TV that are combined with a ‌HomePod‌. Related Roundups: HomePod mini, HomePodBuyer’s Guide: HomePod Mini (Neutral)Related Forum: HomePod, HomeKit, CarPlay, Home & Auto Technology
This article, “Kuo: Apple to Release New HomePod in Late 2022 or Early 2023” first appeared on MacRumors.com