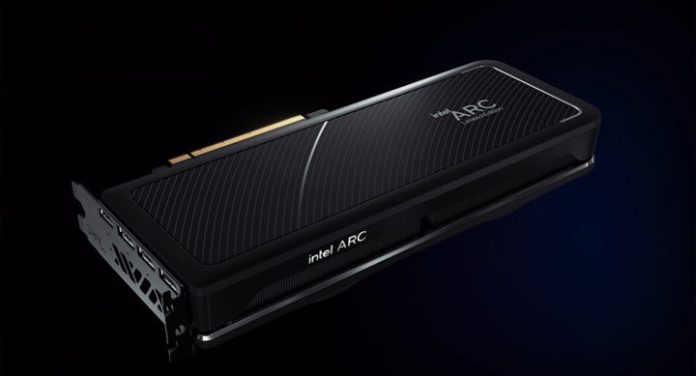 A new report reveals that Intel Arc Alchemist desktop graphics cards may be delayed yet again, perhaps even until late summer 2022.

If the rumor proves to be true, this spells bad news for Intel, as both AMD and Nvidia are set to release next-gen GPUs around that time.

It’s been a long, winding, and rocky road for Intel Arc Alchemist GPUs in their desktop versions. Initially, we expected to see them launch in 2021, but they were first pushed back to the second quarter of 2022 and, eventually, to summer 2022.

Now, it seems that Intel may not be able to make that deadline either, as Igor’s Lab reports that the launch window may be anywhere between July 1, 2022, and August 31, 2022. This potentially puts the desktop version of Arc Alchemist near a late summer release. We heard similar rumors last month, and according to Igor’s Lab, today’s report comes from multiple anonymous sources,so it sounds fairly realistic. Once the cards finally make it to market, we can expect at least seven new models.

Why might Intel be delaying Arc Alchemist for desktops yet again? There could be multiple reasons, but as Igor’s Lab speculates, hardware is unlikely to be the cause. If there were problems with the hardware, we’d probably be looking at an even greater delay. Intel may be having driver issues, and seeing as even the best GPU will struggle without the correct driver, it makes sense for Intel to delay things until everything has been sorted.

Some of the issues may not even be directly linked to Intel. The company may be having problems with things such as partner card development, aftermarket support, or game integration. Intel has plenty of experience in releasing new products, but discrete graphics cards are a first, so these things have to be built from the ground up.

It definitely makes sense for Intel to try to get everything right the first time around. Saying that it enters a saturated market is a bit of an overstatement right now (thanks, GPU shortage), but it certainly enters a market that has been ruled by two giants for a long, long time. For gamers to choose Intel Arc Alchemist over Nvidia or AMD, the former will have to be very competitive on performance or on price.

This is where it gets even rockier for Intel Arc — we already know that its performance is not going to be a threat to Nvidia’s or AMD’s high-end sector. Its performance has often been compared to that of Nvidia’s GeForce RTX 3070, which is a great card in its own right, but many gamers may want to get something with a little more oomph. However, it could very well shake things up in the midrange sector, especially if Intel will be able to dial back the pricing and sell its new graphics cards at an affordable price.

For Intel Arc Alchemist to succeed, the release date is becoming more and more crucial. Nvidia is working on its next-gen Ada Lovelace (RTX 4000-series) graphics cards, and AMD is not slacking off either — it’s slated to release its RDNA 3 GPUs this year.

With both Team Green and Team Red set to launch new generations of graphics cards this year, Intel is simply running out of time to capture much of the news cycle. Assuming that Arc Alchemist launches around the same time as Nvidia RTX 4000 and AMD RDNA 3, Intel may struggle to drive up the hype for its new product.

This is only made harder by the fact that, while Intel Arc will undoubtedly have a lot to offer, it will fall short when compared to next-gen graphics cards. If it can target the midrange sector in this generation, it may only be comparable to entry-to-midrange GPUs in the next. As such, Intel only has a few months left if it really wants to make a splash with its new GPUs.

Intel successfully launched the mobile version of Arc Alchemist at the end of March this year. Even that was a big step given that the months of delays and the fact that Arc Alchemist marks Intel’s entry into the discrete GPU market. However, the mobile lineup was very modest to begin with, including only three Arc cards, all fairly entry-level.

We’re still waiting for these GPUs to truly make it to laptops since the availability is more than low. What’s perhaps worse is that what little there is to be found is quite expensive.