HomeNewsIntel isn’t at Computex, and that could kill Arc Alchemist
News 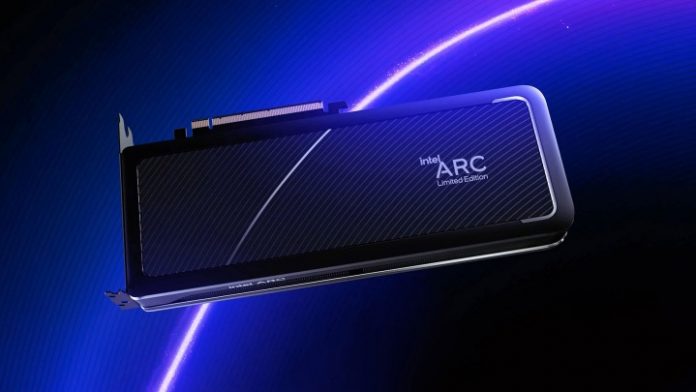 Intel isn’t hosting a keynote this year at Computex, which kicks off just next week. That’s strange for a company that opened the show last year with an executive presentation. It’s even more notable since all eyes have been on Computex to finally see what Intel has been working on with Arc Alchemist.

We were already worried about these new GPUs due to delays and mixed messaging from Intel. But the lack of a keynote this year suggests that the range of new GPUs might be in even more trouble than we thought.

The clock is ticking

Intel originally announced it would launch Arc Alchemist in the first quarter of the year, and it technically met that deadline. Only technically, though. The laptop GPUs were only unveiled on March 31, and two months later, it’s next to impossible to find a laptop with an Arc GPU inside. That’s not to mention the desktop cards, which have been perpetually delayed since they were announced.

It’s no secret that Intel likes to announce products well before they arrive — we have an Intel roadmap out to 2025, after all — but jumping the gun on Arc was a bad call. The GPU market moves at a brisk pace, and performance that would have looked impressive six months ago would look downright embarrassing today.

Even assuming Intel hits its target of releasing Arc GPUs this summer, they’ll arrive just weeks before the next generation of AMD and Nvidia cards are likely to show up. If Intel launched a bad product line at the beginning of the year, it would be a hurdle that would span multiple generations. If that product line shows up after next-gen GPUs are here, it could kill Arc entirely.

Intel isn’t at Computex this year, instead opting to host its own Vision event earlier in May where the company announced new Alder Lake HX processors for laptops. Even after confirming that Arc would be delayed on mobile and desktop, Intel is holding tight that all Arc graphics cards will be available by late summer.

Chip and component shortages aside, the lack of presence from Intel at Computex doesn’t bode well for that release window. We don’t so much as know the names of the desktop cards apart from leaks, let alone specs or expected performance. The messaging from Intel here is that Arc is more of an idea than a lineup of real products customers will be able to buy.

Intel has been careful to avoid specifics with Arc, and we normally get the juicy details at Computex. We’ve seen renders of the desktop cards, deep dives into the manufacturing process of Arc, and a slew of advertisements (even on a stage as large as The Game Awards). And still, months later, Intel is silent with details on the cusp of one of the largest events in the world of computing.

Although Intel isn’t hosting a keynote, we should note that it’s still possible we’ll see announcements from Team Blue out of the show. That seems unlikely given the timing and Intel’s recent Vision presentation, but it’s still possible. Either way, it’s safe to say we’re not about to see a major product unveiling this year.

Just in time for next-gen

We normally see new GPU launches in the fall, but there’s a decent chance AMD will at least tease its RX 7000 cards at Computex this year. It’s possible that Nvidia could announce its RTX 40-series GPUs, as well (though, it’s looking more likely that Nvidia will focus on the rumored GTX 1630 instead).

The various delays Arc has suffered have pushed it back to the point that no current comparison is relevant. Leaks from the past several months have suggested that even the flagship desktop GPU will perform around the level of an RTX 3070, which would have been acceptable, if unexciting, at the beginning of the year. If the launch comes after next-gen cards are here — and that’s looking increasingly likely — Arc Alchemist will be disastrous.

Intel is shifting to its first-party events through Intel Innovation instead of big keynotes at shows like Computex. The next show on the books is September 27, just a few days after summer ends. Hopefully, we’ll get more details before then, but we’re not holding our breath.