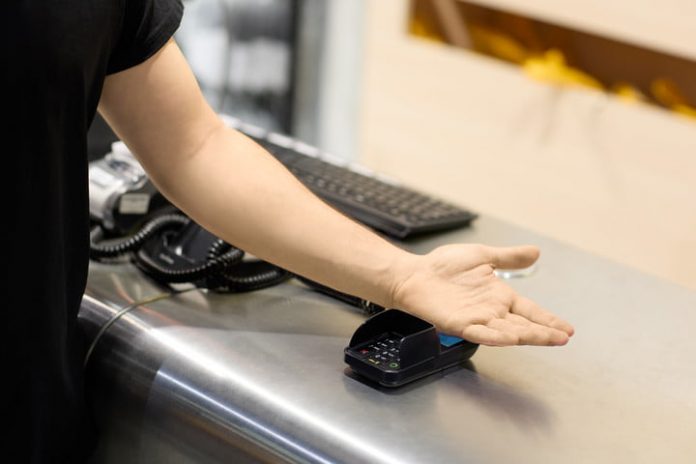 There are approximately 17 billion bank cards in current circulation, helping shuttle unthinkable quantities of capital around the world on a daily basis, with little more effort required from customers than a simple swipe or the tap of a payment terminal.

For a much smaller number of users, however, the idea of tapping a bank card or phone to pay for a product sounds hopelessly outdated and arduous.

For these people – currently numbering some 600 and counting – payments are as quick and easy as waving their hand, Jedi mind-trick style. And all it takes is a willingness to have a subdermal payment implant, around 28mm in length, implanted into their bodies.

Welcome to the (possible) future of payments – created by a Polish startup called Walletmor.

“We’ve designed and created the world’s first payment implants that are globally accepted,” Wojtek Paprota, founder and chief executive of Walletmor, told Digital Trends. “It’s an open payment implant that can be used to purchase a drink in New York, a haircut in Paris, or a Pad Thai in Bangkok. It’s an amazing device.”

Paprota, a startup entrepreneur with a background in wealth management and finance, came up with the concept for Walletmor a couple of years ago. Reading a Polish science fiction novel, Internet ludzi: Organizacja jutra (Internet of People: Organization of Tomorrow), he was struck by an innocuous scene in which a character opened a door using an embedded smart chip.

“I thought, ‘Oh my gosh, that’s amazing,’” he said. “There are already things like that on the market, but I’d never seen it done with payments.”

As Paprota notes, the idea of having a device, not much larger than a grain of rice, implanted into the body is not totally without precedent. In 1998, Kevin Warwick, a professor in the Department of Cybernetics at the U.K.’s University of Reading, made headlines when he elected to have a silicon chip, encased in a glass tube, implanted under the skin in his left arm.

The implant connected to a central computer, which allowed Warwick to open doors and switch on lights simply by walking through his lab. At the time, Warwick reported that he quickly began to feel “like the implant was one with my body.”

Walletmor’s chip is different, Paprota explained, because it focuses not on a “closed loop,” but rather connects to an open standard: In this case, a payments platform. The fact that his company is selling the chips is also, while not wholly unique, a bit different to lab-based proof-of-concept demos.

Not that there wasn’t a fair degree of experimentation in the path to reach this point. Once Paprota had his initial idea, he turned to Amal Graafstra, a person who had carried out some work in this field, to help him realize the dream. Walletmor’s website describes Graafstra, now the company’s Chief Technology Officer, as the “most respectable person in the smart implants space.” But Paprota nonetheless had his concerns.

Eventually, the prototype was ready and the company began marketing its Walletmor implant to customers. (Currently, it’s available only in Europe, although it’s hoped this will eventually expand to the U.S. as well.)

In order to use the device, customers must first order the 199 euro (approximately $213) implant through the company’s website. They next need to open a corresponding iCard or, in the U.K., MuchBetter.com account in order to create a digital wallet linkable with the implant. After that, they link the implant to the account with an easy activation code, add money to the account to begin spending, and – finally – pay a visit to their friendly neighborhood “medical aesthetics clinic” to get the chip installed beneath their skin.

“Walletmor is only responsible for the hardware for the implants themselves; we build implants, and we deliver them to the customers,” Paprota said. “When it comes to the software and cybersecurity [side of the coin], it’s up to the companies we work with and the systems we use.”

The future of payments?

So is this the next step of payments as we know it? Paprota certainly seems confident about his vision of a cyborgic future for consumer payments. For now, though, he admits there are some bottlenecks. One is the fact that the device is still “relatively expensive” compared to freely available bank cards, which come with the additional benefit of not needing to be physically inserted into the body.

The implants also don’t do a whole lot that other payment options aren’t capable of delivering. There’s no major pain point that it solves – with the possible exception that you’re unlikely to accidentally leave your subdermal chip at home, and it’s probably less likely to be snatched by thieves on a night out.

Medium-term, Paprota makes an interesting point about why banks might be genuinely interested in adopting this, though. “When you have an implant installed in your hand, it becomes your default first choice payment method,” he explained. “That’s a great advantage for banks because when you have, say, 10 [payment] cards in your wallet, the banks are competing for your choice. The one that gets chosen wins – and let’s not forget that banks make money on the transactions when we use their cards.”

Realistically, however, it’s going to take more than saving spenders seconds on a payment for the majority of people to willingly undergo elective surgery – no matter how minor – in order to become one with their bank. That’s where the future bit comes in.

“We are planning to introduce multiple applications to our implant to create an ecosystem,” said Paprota. “Then it’s not only a payment implant, but a way of managing our digital and physical identity. Apart from paying, you could use this … at the airport for your passport or to provide medical certification, such as a COVID pass. If you have an accident, this could be installed in your body to make sure that the first responder gets the most crucial data to provide you with the appropriate first aid. The more applications and features you get within one implant, the more attractive it will get to customers. Think of it as an aggregator of our identity.”

Whether that happens remains to be seen. Paprota may talk about the world’s first payment implants as “globally accepted,” but your mileage for “accepted” might vary. Paprota is under no illusions, though. He knows, in the words of organizational theorist Geoffrey Moore, that this kind of tech has a whole lot of chasm-crossing to do before it’s universally accepted. He just happens to have faith in the general public’s proverbial chasm-leaping abilities.

“I believe that the most important challenge that we are facing at the moment is the social acceptance of this device,” he said. “The social acceptance and the wave of skepticism come from older generations that are not that keen on any sort of changes. But if you look at the [history of] personal computers and the internet, it was also developed and heavily supported by the younger generations. It took not one year or two years, but at least 10 years to fully commercialize it – [and you still] see some older people not having the personal computers, and not using it. I believe it’s going to be the same for implants. But I’m fully committed to that, and I’m ready to work for the next 30 years on this project.”

Coming soon(ish) to an arm near you.