HomeNewsI’m a die-hard Windows fan, but the M1 Mac Mini converted me
News 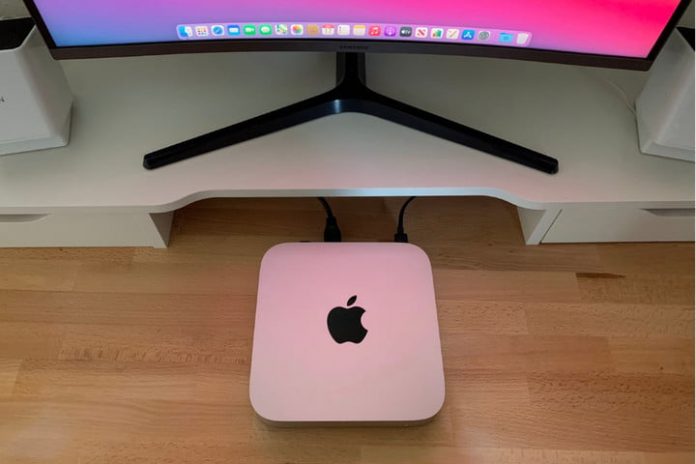 I am not going to lie. I am a die-hard Windows fan. I love my Surface Laptop Studio, and I’m tuned in to every new update to Windows 11. It’s not that I don’t dip out of the Microsoft ecosystem from time to time, but I always find myself drawn back to its familiar embrace.

But then, the M1 Mac Mini came around. I sold my own old MacBook Pro and “traded up” to the M1 Mac Mini, eager to test out the latest hardware for myself. As much as it feels like heresy to say, this little machine has made me a believer after just two months.

The performance is amazing

I’ll start with the most obvious thing — the performance. Coming from using a Surface Laptop Studio as my main machine, I’m quite shocked at just how well the Apple M1-powered Mac Mini performs.

My $2,000 Surface Laptop Studio is powered by an Intel Core i7-11370H processor, as well as the Nvidia Geforce RTX 3050 Ti GPU. It is a beefy machine for what it is, but the M1 Mac Mini matches this performance for me and sometimes outperforms it.

Considering the sub-$700 price, that really surprises me. Not to forget the Mac Mini has no dedicated GPU inside like my Surface Laptop Studio does.

Bye MacBook. I'm gonna trade you in for a Mac Mini M1. Maybe this will get me to use my iPad more. pic.twitter.com/kLZhPVTplL

How is this possible, you might ask? Well, my tests aren’t exactly scientific (head to our M1 Mac Mini review for that), but I do use my Surface Laptop Studio for video editing. When I edit my podcast using Wondershare Filmora on Windows 11, an hourlong episode and roughly 1.5GB worth of media files usually take 8 to 9 minutes to encode. The process is fast, but the fans kick in to help in cooling down the power-hungry GPU. And it’s loud. Like standing next to an airplane turbine loud.

Using the exact same files, audio/video feeds, and application on my Mac Mini, that encoding time was cut down to 5 to 6 minutes, sometimes closer to 4 minutes. Again, this is all done without a dedicated GPU and using the integrated M1 CPU. The system even stayed quiet, with no fan noise, and was cool to the use. I was very much blown away after years of using loud Windows desktop and laptop PCs.

Outside of video editing, the base model Mac Mini that I have still held up very well for day-to-day tasks. I would have thought that with just 8GB of RAM that running 10-plus tabs in Microsoft Edge, along with Microsoft Teams, might slow down the machine. It’s something I commonly experienced on my Intel MacBook, with the apps taking a while to load, and with fans kicking in when the system was getting hot.

But that wasn’t the case at all on the Mac Mini. Both Teams and Edge are optimized for Apple M1 silicon, and both apps chug along nicely, without the casing getting hot. It’s crazy how Apple has optimized the thermals of its new M1 chips.

But that’s not all. Being a Windows fan, I did also want to install Windows 11 on my Mac Mini. While I can’t run it natively due to Microsoft not licensing an ARM-based version of Windows for Apple to use, I did run it through the free 30-day trial of  Parallels 11 — and boy, was I impressed.

Again, my testing is very unscientific, but running Windows 11 on Parallels on an M1 Mac really shocked me. Despite being virtualized, apps in the Windows 11 installation were quite fast to load — and very responsive. Microsoft Edge, Widgets (the built system apps), Teams for consumer, and the Microsoft Store all performed better than they would on even the best budget Windows PCs or even ARM-based systems like the Surface Pro X.

Okay, I just installed Windows 11 on my M1 Mac Mini. Pretty damn impressed with the performance, even though it's a virtual machine. I had my doubts, but now that I tried it… I am a believer. Haha. Those numbers beat even crappy budget Intel Celeron PCs 😮 pic.twitter.com/Acg4i5lLig

While it is true that Geekbench 5 scores aren’t representative of actual performance, running the test in Windows on the M1 Mac Mini netted some good results that back up my experience. It picked up a 1508 single-core Score, and a 4832 multi-core score. I went and checked, and that outscores even the Surface Go 3, which netted an 828 single-core Score, and an 1819 multi-core score.

As for the latest ARM-powered SQ2 Surface Pro X, the results weren’t pretty either. That netted a 722 single-core score and a 2623 multi-core score. Again, it’s really amazing to see how fast and optimized M1 Macs are.

Finding some of my own ways to boost my multitasking

One reason I hated to use Macs a lot has to do with multitasking. It’s something I have complained about before. Windows 11 has some amazing multitasking tools, like Snap Layouts, and Snap Assist. It’s part of the reason I loved Windows 11 so much when I first reviewed it. Sadly, though, MacOS lacks true multitasking features like those. But in buying a Mac Mini and being committed to using it in the long term, I did find some workarounds that helped me really enjoy using my Mac.

The first of those is a tool known as Spectacle. With my M1 Mac Mini plugged into a 4K monitor, and with tons of space to spare, Spectacle brings some of the keyboard shortcuts I am used to with Snap Assist in Windows 11 over to MacOS.

Another tweak that I used involves using Apple’s virtual desktop feature. Since tiling windows and multitasking isn’t as efficient in MacOS as it is in Windows, this feature gave me a way to stack the apps I normally would tile in Windows in their own space. For me, that includes my two Teams installations (PWA and desktop app) so I can keep track of what my co-workers and colleagues are telling me. I created a new desktop space, opened Teams in that new space, and switched to the space when I needed those apps. Control + Right and Control + Left easily jump me between the spaces.

Plus, when I get a notification, clicking it automatically sends me to the right desktop. This has been a great way for me to improve my multitasking on MacOS. On top of being able to access my iPhone’s texts, send photos between my Mac Mini and my iPhone, and pick up tabs in Safari from my phone on my Mac, it’s been a really great experience for me.

Tempted to buy a MacBook

Seeing the power of the Apple M1 chip in a Mini desktop system has even made me consider buying a newer MacBook. I love Windows PCs for things like the 2-in-1 form factor, touchscreens, pen support, and super vibrant OLED screens, but the processing power of the M1 chip really has me intrigued.

A 16-inch MacBook Pro might very well be my next purchase, just to see how much more energy-efficient and battery efficient these new M1 systems can be.

I know, I know — it sounds rash. But trust me, if you’d told me I’d become this invested in the Mac ecosystem a few years ago, I never would have believed you.