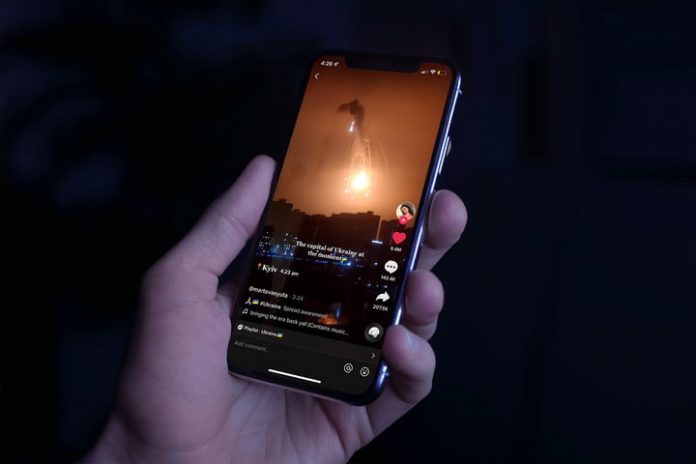 Citizens in authoritarian regimes worldwide are managing to evade internet controls in an attempt to get uncensored information.

Russians are using virtual private networks to circumvent internet crackdowns following the invasion of Ukraine. In North Korea, some users can sidestep government restrictions on smartphones. It’s part of a growing struggle between many governments and their citizens to control information flowing through the internet.

“Mobile users would have to use the same techniques as desktop users, but must always be aware of the added layer of certain apps covertly detecting and reporting their user behavior,” Jonathan Teubner of Filter Media, which uses AI to understand how information spreads around the world, told Digital Trends in an interview. “There are some workarounds here. For Android, some phones can be wiped clean and alternative operating systems installed that can help evade other forms of application censorship.”

Russia is trying to keep tight control over the flow of information about the war in Ukraine. Teubner said the government maintains a centralized blocklist that ISPs are expected to enforce. Authorities also require ISPs to install hardware devices to monitor users’ metadata and perform Deep Packet Inspections.

“While these methods can typically filter content operating on unprotected channels, it is likely unable to control VPN usage effectively,” Teubner added. “For this reason, Russia has made it illegal to use VPNs to circumvent this. Because it is difficult (if not impossible) to tell the difference between a VPN being used for legal versus illegal purposes, this approach is difficult to enforce.”

In North Korea, users are finding new ways to get around controls on smartphones, the nonprofit group Lumen said in a recent report. “The scale of the hacking still appears to be minor, but recent changes to North Korean law indicate national authorities view it as a serious problem,” the report’s authors wrote.

Lumen said North Koreans who had worked in China have figured out how to hack smartphones. Skilled mobile phone owners learned to delete screenshots taken with the “Trace Viewer”, an application in each North Korean smartphone that takes random screenshots to deter illegal use.

Many of the same internet controls exist in China as in Russia. However, China’s censorship is much more sophisticated and, at the same time, slightly less centralized, Teubner said. ISPs in China agree to maintain and enforce the rules at the local level.

“However, more sophisticated monitoring and traffic inspecting techniques may be used” in China, Teubner said. “Common technologies such as SSL and VPN may hide certain aspects of traffic from censorship, although China has some ways to circumvent this. The bottom line in China is that VPNs and mirror sites are the most effective methods for evading censorship.”

In a photo taken on September 11, 2019, a North Korean student holds a mobile phone as she stands in Chonji lake, or ‘Heaven lake’, in the crater of Mount Paektu, near Samjiyon. Ed Jones/AFP/Getty Images

People in war-torn areas where network control and interference abound have several tools at their disposal, Chris Pierson, the CEO of the cybersecurity company BlackCloak, said in an interview. He pointed out that satellite internet connectivity is an option with companies like Starlink creating high bandwidth and easy to set up full-featured networks. Pierson said it doesn’t take much tech knowledge or expensive hardware to evade internet controls.

“[With] DNS [Domain name System] over HTTPS (i.e., secure web sessions in the browser) being built into all browsers, consumers have more tools than ever at their fingertips,” Pierson added. “Even the normal controls like the TOR browser are much more effective and prevalent these days.”

Pierson said that using a VPN on personal devices can effectively disguise your internet traffic. But in tightly controlled regimes, it is possible to identify who is using such technology and target the user. “When countries control the whole network, it is possible to hide what you are doing, but that may leave you open to being identified as your encrypted traffic will stand out,” he added.

Zaven Nahapetyan, the co-founder of the software firm Niche and a former Facebook executive who is an expert on the internet and on internet censorship, told Digital Trends in an interview that people in Ukraine are using VPNs to evade controls. A VPN lets you surf the internet through a computer in a different part of the world, where the information controls don’t exist.

“The issue with VPN is that whatever company is operating, it gets to see all of your internet traffic, so you have to trust that they’re legit and not spying on your activity,” Nahapetyan said. “There are lots of VPN providers out there, and often the good ones cost a small monthly fee.”

Evading internet control in North Korea is a tough and generally illegal task, Marco Bellin, the CEO of the cybersecurity firm Datacappy, pointed out in an interview. Communicating privately requires a mobile device sourced outside the country and internet network connections beyond North Korea’s “private internet.” Some universities and foreign hotels offer this access, he said.

“Yet, access to the ‘global internet’ is also strictly monitored,” Bellin added. “China offers the most access, Russia also offers access, and though this access is still tightly monitored, a user could use a VPN to encrypt the data being exchanged on one of these networks. If North Koreans have the means to use any type of foreign satellite access, using encrypted communication over a satellite connection with an untraceable device is one way North Koreans can access the global internet.”