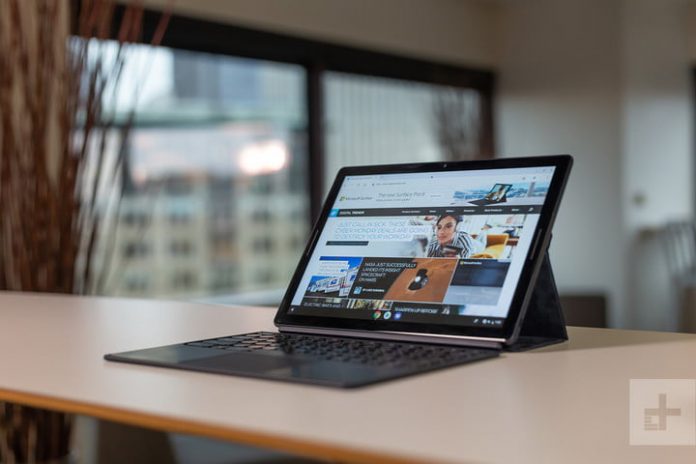 Alongside updates to its critically acclaimed Pixel line, Google announced that it plans to get back into tablets. It was sort of a given, with Android 13 focusing on making the operating system work better both with big screens and across different devices. The company even showed off its upcoming tablet, scheduled for 2023.

It would be tempting to cheer for the Pixel Tablet as Google is going all-in. It’s got Android 12L and Android 13 to take advantage of larger screens. It’s working on rolling out updates to 20 or so of its mobile apps. It’s even working on Tensor, a custom chip that’s going to make the Pixel Tablet more like an iPad than before. So why do we feel a sense of skepticism? Simple: Google has been directionless in both hardware and software, which makes it exceedingly difficult to believe it has any serious long-term plans.

If I’m not impressed by Google’s newfound love for tablets and big-screen devices, it’s because the company is known for talking the talk but not quite walking the walk. We’ve known for years that Android tablets suck because of their software. Sure, an argument could be made that the company couldn’t control third-party app developers, but how about its own apps?

That’s why the biggest sticking point with me is the much-vaunted rollout of tablet-optimized apps this week. Google seems to think that we should be cheering for them, but it’s hard to imagine why. Android tablets aside, the company has been selling Chromebooks for the past few years, enabling them with the ability to run Android apps and advertising that as a killer feature. Why is Google just now proudly announcing that it just updated its apps to run well on big screens? Has Google not noticed that it has been selling a $1,000 big-screen Android device in its Google Store for years with the Pixelbook Go? When it announced with the Pixel Slate that it would be bringing “optimized Android apps” for a “no-compromise experience,” what did it mean? It’s tempting to argue that Chromebooks don’t count as “big-screen devices” but Google does count and include them in its number, so why did it take so long to finally build out these apps when it should already have accomplished that?

As someone who’s used far too many dead-end mobile platforms to count, there’s nothing more familiar than the enthusiasm of a company finally getting something important right. There’s also nothing more familiar than watching that initial burst of enthusiasm fizzle out. Google could very well keep this momentum going and create a suite of large-screen Android apps that would sway even the most committed skeptic over, but it’ll take a lot more than what it’s shown thus far to prove it.

Going beyond a failure to execute

The bigger issue here is that it’s hard to tell what Google thinks “getting tablets right” actually means. It’s not just that Google has failed to execute, it’s that Google has consistently failed to draw a through line of its most recent tablet efforts. Not in design, not in purpose, not even in the operating system. Sure, Google may say that this time it’s for real, but it’s lurched and stumbled every other year, clutching at disparate and contradictory goals.

Does Google think tablets are cheap just because Amazon’s Fire tablets sell? Does it want a premium large-screened tablet because the iPad Air is so good? Or is the Pixel C what the ideal tablet should look like? Or perhaps, we want a full desktop operating system on a tablet like Microsoft’s Surface or Samsung Dex?  Google doesn’t seem to know, and designing Android on tablets to look like iPadOS doesn’t make this trend of reactionary, uncreative copycatting any less obvious.

Say what you will about Apple, Samsung, or Microsoft, but each iteration builds on what’s come before. You can pick up the Samsung Galaxy Tab S5e and the Tab S8 and you sort of get how one led to the other. You can look at a Surface Pro 3 and look at a Surface Pro 8, and the lineage is clear. The Pixel Slate and Pixel C look very different from each other, while Google’s Pixel Tablet doesn’t even look like it came from the Pixel Team, but more like something from Nest Hub spare parts bin. Is there any faith that this time next year there will be a Pixel Tablet 2 being teased, or is it more likely that we’ll be waiting till 2025 for the next Pixel Sheet with Android 16 or whatever?

I leave you with this quote from Google hardware chief Rick Osterloh: “Google’s hardware team will be solely focused on building laptops moving forward, but make no mistake: Android & Chrome OS teams are 100% committed for the long run on working with our partners on tablets for all segments of the market (consumer, enterprise, [education).” He said that three years ago, in 2019. During the entirety of that sole focus, the Google hardware team built precisely one laptop and never followed up.

Facebook
Twitter
Pinterest
WhatsApp
Previous articlePoll: What was your favorite Pixel announcement at Google I/O 2022?
Next articleGurman: iOS 16 to Include New Ways of System Interaction and ‘Fresh Apple Apps’
- Advertisment -