HomeNewsGoogle Pixel 6a vs. Pixel 6: Does $150 make a difference?
News 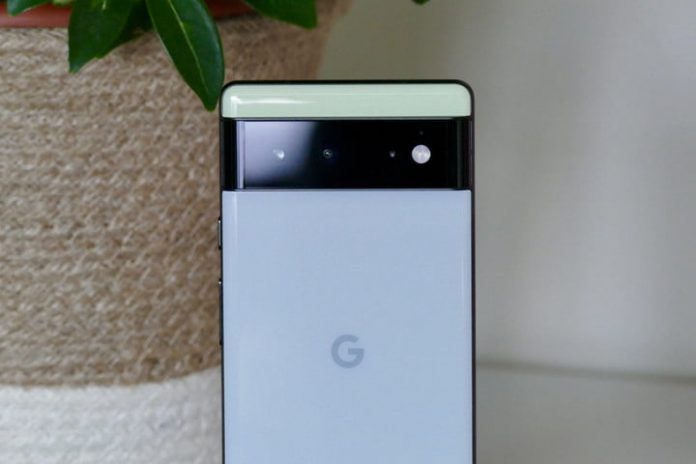 Google had a very good 2021 in the smartphone department, with the Pixel 6 and Pixel 6 Pro proving to be its best-selling devices ever. Now it’s back with the Google Pixel 6a, which it announced as part of its Google I/O 2022 event. The Pixel 6a boasts many of the same features that made the Pixel 6 such a runaway success, including the speedy Google Tensor chip, a luscious OLED display, impeccable software, and a highly versatile dual-lens rear camera setup.

The Pixel 6a also happens to be cheaper than the Pixel 6, but is the price difference enough to make it a better phone overall? We answer this question in a head-to-head comparison test, in which we look at each phone. This should help to answer which is the better Pixel for you and which you should buy.

The Pixel 6a lifts the design of the Pixel 6, which is no bad thing. This is a horizontal, visor-like camera module on the back of the phone, which Google refers to as the “camera bar.” It may be something of a required taste, but given the staleness of earlier models, it’s mostly a welcome revamp. Unfortunately, the back panel is made from plastic but does sport an alluringly glossy finish. It looks sharp and modern, and while the device’s front features a now-familiar edge-to-edge screen with a top-center punch-hole camera, the overall effect is an impressive one.

There’s a slightly more noticeable deviation when it comes to the displays of each phone. The Pixel 6 has a 6.4-inch OLED display, while the Pixel 6a measures in at 6.1 inches. Both offer a similar resolution — 2400 x 1080 pixels (Pixel 6a) versus 2340 x 1080 pixels (Pixel 6) — but only the Pixel 6 offers a 90Hz refresh rate. While not as smooth as a 120Hz rate, 90Hz should still be possible for a phone in the Pixel 6a’s price bracket, and it would have allowed it to offer an upgrade on much more expensive phones, like the iPhone 13.

In terms of durability, the inclusion of an official IP68 rating indicates the Pixel 6 can withstand immersion in 1.5 meters of water for up to 30 minutes — the Pixel 6a only gets an IP67-rating. That said, be careful of their sometimes slippery glass backs, which can fall from your hands if you don’t use a case and aren’t careful.

It’s a surprisingly tough match-up, but with a higher refresh rate and better water resistance, the Pixel 6 wins.

In years gone by, older Pixel A models would receive a less capable processor than their more expensive stablemates. This isn’t the case here any longer, and the Pixel 6a benefits from the inclusion of Google’s own Tensor chip, which uses a 5nm manufacturing process to cram in more transistors than you’d have with earlier hardware. Harnessed with 6GB of RAM, this makes the Pixel 6a appreciably fast and more than capable of handling the latest games and apps. That said, the Pixel 6 does come with 8GB of RAM as standard, so you may notice that it does a better job of handling more intensive, hi-octane games better than its cheaper counterpart.

The Pixel 6a comes with 128GB of internal memory as standard and doesn’t offer the option of having more storage for a slightly higher price tag. This contrasts with the Pixel 6, which starts from 128GB but can be had with 256GB for an extra $100. Neither model carries a microSD card slot, so you can’t be too gung-ho with downloads, photos, and videos.

Unfortunately, the Pixel 6a has a slightly smaller battery than the Pixel 6, at 4,410mAh compared to 4,614mAh. In theory, this should mean the more expensive Pixel 6 offers more use time between charges, but the Pixel 6a’s smaller screen and lower refresh may flip that. However, we haven’t fully tested the newer model yet, so we can’t conclude either way with confidence just yet. That said, you can be sure that both phones will easily last a full day under heavier use.

So much of this is so unknown that we can’t call it yet. The Pixel 6 seems to have an edge, but a lot depends on the battery tests. It’s a draw — for now.

It’s with the cameras that things become more interesting. Pixels have deservedly had a strong reputation for having great cameras, and the Pixel 6a comes with 12.2MP wide lens and a 12MP ultrawide on its rear. By contrast, the Pixel 6 has a more powerful 50MP wide lens, as well as the same 12MP ultrawide.

This difference in size makes itself known in terms of the quality of shots taken using the Pixel 6. Yes, the 6a still captures some very attractive pics with a minimum of fuss, yet the photos taken using the Pixel 6 pack just a little more detail, color, and dynamism. Most pictures seem a little more vibrant and vivid on the Pixel 6, with the phone’s bigger megapixel count also enabling it to provide greater digital zoom. This comes in handy when you remember that neither model comes with a telephoto lens, like the Pixel 6 Pro.

Again, we haven’t given the Pixel 6a a full test yet, so it would be unfair to draw an especially strong conclusion. That said, we’re confident that most users would notice a difference in the Pixel 6’s favor, so this round is awarded to it.

Unsurprisingly, both the Pixel 6a and Pixel 6 run Android 12. The latter introduced some of the most notable upgrades for Android in years, with the Material You feature automatically matching the UI’s color scheme with your choice of wallpaper. More generally, it introduces new widgets (e.g., YouTube, Clock), a redesigned notification shade, and a Google Assistant Voice Typing mode. It’s also highly customizable while working efficiently and being easy to use.

Another positive development introduced for the Pixel 6 series is that Google has committed to three years of core software updates, taking users to 2024. This also applies to the Pixel 6a, giving both phones considerable longevity.

Both the Pixel 6a and Pixel 6 support 5G. This may hardly be seen as particularly “special” in 2022, but just try traveling somewhere with only 4G or — much worse — 3G, and you’ll find yourself appreciating it much more.

Beyond 5G, Google’s Tensor chip enables both devices to do some relatively special things. For one, the chip powers the Titan M2 security coprocessor, which Google claims makes the Pixel 6 series the most secure devices in the world. The chip also powers a number of artificial intelligence and augmented reality applications, including the AI-based processing of photos taken using the camera and speech recognition.

The Pixel 6 and 6a also benefit from a number of special features that give them one of the most enjoyable and creative camera apps around. Its Magic Eraser mode removes unwanted objects from your photos, the Motion Mode captures dynamic shots of moving vehicles and subjects, and Face Unblur uses multiple exposures to unblur faces.

The Pixel 6a will be available to preorder from Google for $449, but not until July 21. It will be supported by all major U.S. networks and should be available widely online.

The Google Pixel 6 starts at $599 and goes up to $699 for the 256GB version. It’s also supported by all major carriers in the United States and is sold widely by third-party retailers, in addition to being available directly from Google.

The two phones are similar in many respects, but the Pixel 6 has just enough of an edge on the Pixel 6a to win the head-to-head overall. This is mostly because its main 50MP camera lens is more impressive and effective than the recycled 12.2MP lens you’ll find on the Pixel 6a. Other than that, the Pixel 6 boasts slightly more RAM and the option to have more internal memory. Otherwise, the two phones are evenly balanced, with the Pixel 6a having a similarly distinctive design, a stellar display, excellent software, good battery life, and some nice special features. It’s also cheaper than the Pixel 6, so if you don’t need the very best camera, then it may be preferable.