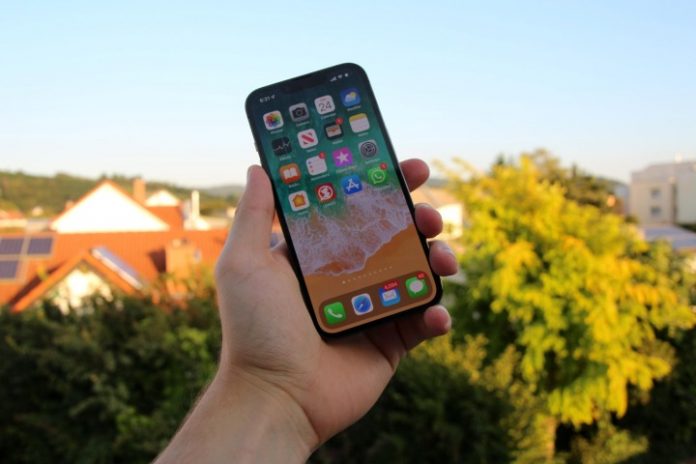 Unlike older Pixel A-series phones, the Pixel 6a comes with Google’s flagship Tensor chip, which catapults it into the same segment as flagship smartphones, including the iPhone 13 series. Price-wise, the iPhone SE (2022) is a worthy competitor to the Pixel 6a. But outside its price range, the flagship chipset and the unbeatable cameras help the Pixel 6a stand firm against other more expensive smartphones such as the iPhone 13 Mini.

Google has always prided itself on the exceptional photography skills the Pixel series offers. While the company’s enthusiasm hasn’t translated to better sales of its flagship Pixel series, the Pixel A-series has aided in filling the gap. At Google I/O 2022, the company introduced the Pixel 6a, which arrives in the U.S., the U.K., and Europe later this summer — and potentially other markets later in the year. On the other hand, Apple launched the iPhone 13 Mini in September 2021, but it could be the last compact iPhone in Apple’s brief time with the form factor. Despite its age, the iPhone 13 Mini features the mighty A15 chip, which can be anointed as the most powerful mobile phone chip yet.

There’s quite the price difference between these two devices, but they’re still competitors in some ways. If you have doubts about which phone to choose between the Pixel 6a and the iPhone 13 Mini, we compare the two phones to show which suits your needs better.

Despite its sleek and compact design, Apple doesn’t compromise on the build quality of the iPhone 13 Mini, which comes with a similar glass back and aluminum frame design as the bigger iPhones, while also offering protection against dust and water damage, thanks to an IP68 rating.

The Pixel 6a, on the other hand, also borrows the design from its more premium sibling — the Pixel 6. But instead of using the same glass back panel, the Pixel 6a features what Google calls a “3D thermoformed composite” material, a sophisticated way of saying plastic. In addition to its relatively less premium design, the Pixel 6a also lags behind IP ratings with an IP67 certification. While both IP67 and IP68 offer similar protection against dust, IP68 means the device can be submerged in fresh water for more than a meter.

In terms of durability, the iPhone 13 Mini has Ceramic Shield protection made by Corning — the same company that makes Gorilla Glass — on the front and an unspecified version of Gorilla Glass on the back. Apple claims this is stronger than the latest Gorilla Glass versions. In contrast, the Pixel 6a features much older and less durable Gorilla Glass 3 on the front.

The Pixel 6a might be a better bet despite less durability if you’re someone with butter fingers and tend to drop your smartphone often. You can also be relatively less tense about carrying the Pixel 6a without a case.

The more compelling phone, in this case, is the iPhone 13 Mini. However, if you absolutely want a phone with a larger display, the Pixel 6a is the more logical choice.

Both the Pixel 6a and the iPhone 13 Mini come with custom flagship chipsets designed by the companies themselves. While Google chose the Tensor SoC, which powers the Pixel 6 and the Pixel 6 Pro, Apple equips the iPhone 13 Mini with the A15 Bionic chip. Both chipsets are designed for relentless performance, but Apple’s chipset is considered slightly more advanced. This will play a role if you wish to game heavily on the smartphone, but if that’s not the case, you can choose either without worrying about the performance.

In terms of battery, however, the iPhone 13 Mini is at a significant disadvantage. Because of its small size, the iPhone 13 Mini can only accommodate a tiny 2,438mAh battery. Because of the small capacity, the Mini’s battery backup is likely to be hampered, and it may start gasping for air much before it reaches 24 hours of usage. The Pixel 6a, on the other hand, has a much larger 4,410 mAh battery. Still, despite Google customizations to make the Tensor SoC more efficient, one can expect only a slightly better battery backup.

When it comes to charging, both phones charge awfully slow by today’s standards. You get 18W charging on the devices and can expect them to take two hours — or even more — to get to 100%. The iPhone 13 Mini also supports wireless charging, but the Pixel 6a does not.

The Google Pixel series derives its name from its exceptional camera capabilities. Meanwhile, we see a similar craze for iPhone’s camera. For the first time since the introduction of the Pixel A-Series, the smartphone packs in a different camera setup than its more premium sibling. While the Pixel 6 and the Pixel 6 Pro feature an all-new 50-megapixel primary camera, the Pixel 6a still sports the older 12.2MP camera that has been used since the first generation of the Pixel smartphones. Both phones, however, have the same 12MP ultrawide cameras.

The iPhone 13 Mini, on the other hand, does sport the same dual-camera setup as the vanilla iPhone 13. The setup includes a 12MP primary and a 12MP ultrawide angle camera.

In our camera comparison between the iPhone 13 and the Pixel 6 Pro, the Pixel emerges as the better camera phone in various scenarios. While that cannot be a benchmark for the Pixel 6a’s camera performance, we expect fierce competition between both phones. The Pixel 6a is also likely to get the Pixel 6’s incredible photo editing features, including Magic Eraser.

However, if you also plan to rely on your phone for videos, the iPhone 13 Mini is glaringly the better choice. Even though both phones can capture 4K videos at up to 60fps, the iPhone can also record HDR videos with color space suited for Dolby Vision. Therefore, the Pixel 6a will feel insignificant in this regard. Google also endorses something called HDRNet, which is a machine learning algorithm for the most color-accurate HDR videos on the Pixel 6 and the Pixel 6 Pro. Even though the Pixel 6a uses the same chipset, Google has not explicitly mentioned whether the phone supports HDRNet or not.

Lastly, in terms of selfies, the iPhone gets a 12MP front camera and benefits from the Face ID’s 3D depth sensor for more accurate portrait shots. Meanwhile, the Pixel 6a features an 8MP selfie camera. Once again, you can expect comparable performance in terms of photography. However, if you plan to take videos with the front camera, the iPhone 13 Mini dashes forward again, thanks to 4K recording at 60fps and support for Cinematic mode. Since the Pixel 6a has yet to be available in the market, our observations about the camera may differ after we review the phone. This is a tie.

Software experience is always subjective and gets even more intense with the competition between iOS and Android. Both mobile operating systems have pros and cons, and we won’t get into those details to keep this comparison fair.

However, if your decision is purely based on how long the company will support a smartphone, you are better off with an iPhone. iPhones leading up to the age of six are currently still eligible for the latest iOS updates — for example, the iPhone 7 launched in 2016 will receive iOS 16. Therefore, the iPhone 13 Mini will likely get iOS updates for at least the next five generations. The Pixel 6a, which comes with Android 12, is expected to receive four incremental updates (i.e., to Android 16 or equivalent) and one additional year of security updates and bug fixes.

While the question between Android and iOS is fairly personal, the iPhone is much more likely to get more updates, and we’ve given it a narrow win.

Besides the features we have highlighted above, the iPhone has an advantage in terms of 5G connectivity. Although both phones support Sub-6GHz, only the iPhone 13 Mini supports mmWave 5G signals. Additionally, support for MagSafe brings support for multiple magnetically-attaching accessories.

In comparison, the Pixel 6a comes with a dedicated chip called Titan M2 that is claimed to offer better security against online scams and phishing. Further, it comes with on-device Google Assistant processing capabilities, so all your conversations with the Assistant are saved safely on your phone.

While Google prioritizes security, the iPhone 13 Mini adds real value for users, and that is why it takes this win.

The Google Pixel 6a comes only in a single 128GB variant. It will be much cheaper at $449 and available starting July 28, 2022. Compared to the Pixel 5a, which was limited to the U.S. and Japan, the Pixel 6a will be available in many more markets.

Both — the Google Pixel 6a and the Apple iPhone 13 Mini — appeal differently to somewhat overlapping audiences. The Pixel 6a is a straightforward camera phone with clever features to minimize human intervention. The iPhone 13 Mini is more fitting to a lifestyle where you want to prevent your phone from intruding upon your personal time but with the fallback option to get flagship-level performance whenever demanded of it.

But, despite being leagues apart, both phones are similar in many areas. If you want the phone for its ergonomic design, better performance, and the tendency to last longer, the iPhone 13 Mini is ideal for you. If, instead, you want flagship-grade performance and camera capabilities — and most importantly, the freedom of Android — but for a much lower price, then the Pixel 6a is more likely to fit in your pocket better.

But if you absolutely need one winner, the iPhone 13 Mini takes the edge for its better design and durability, longer software support, marginally better performance, and better video capabilities.

Facebook
Twitter
Pinterest
WhatsApp
Previous articleFuture M.2 SSDs will be powerful, but with one key flaw
Next articleARM vs. RISC-V: Is one better than the other?
- Advertisment -