HomeNewsFuture M.2 SSDs will be powerful, but with one key flaw
News

Future M.2 SSDs will be powerful, but with one key flaw 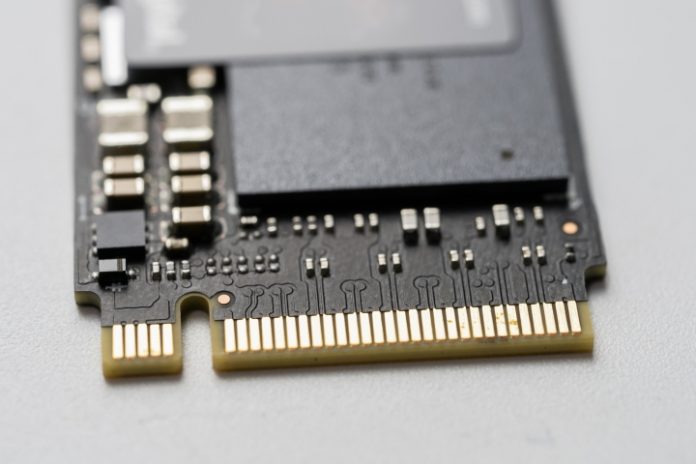 Future PCIe Gen 5.0 SSDs may be much larger than the previous models, and while that can be a good thing in terms of performance and cooling, it could also have one key flaw — compatibility.

These new, larger M.2 SSDs may be unable to fit on today’s motherboards. How big of an issue could this really be, and will the pros outweigh the cons?

Gigabyte said at Computex 2022 that it believes many of the future PCIe 5.0 SSDs will be considerably larger than the M.2 SSDs that are commonplace right now. This is because, according to Gigabyte, many PCIe 5.0 SSDs will adopt the M.2 25110 SSD form factor. Such SSDs are 22mm wide and 110mm long, and that size could create incompatibility with today’s motherboards.

The majority of the best SSDs currently available use the M.2 2280 form factor. As mentioned, there’s a marked difference in size, seeing as the M.2 2280 form factor SSDs are 22mm wide and 80mm long. This means that most of the motherboards out right now would not be able to support these larger M.2 25110 SSDs, which could make their adoption a lot trickier.

While this sounds pretty tough on the surface, things aren’t as bad as they might seem. Due to the lack of PCIe 5.0 SSDs on the market, a lot of the motherboards currently in use don’t even have PCIe 5.0 slots. Of course, this will slowly begin to change as more PCIe 5.0 SSDs come out. So far, only Intel Alder Lake offers PCIe 5 support, but soon enough, this will change with the arrival of AMD Ryzen 7000. SSD manufacturers are catching up — the first PCIe 5 SSDs are almost out.

Although we might soon start seeing more of these current-gen PCIe M.2 SSDs entering the market, that doesn’t mean the tech will immediately become widespread. As the motherboard manufacturers adapt to fit the new standard form factor, the only M.2 25110 SSDs will likely be bought by enthusiasts who won’t try to pair them with older motherboards.

The difference between 22mm and 25mm is small in terms of size, but it can potentially hold a lot of benefits for these future SSDs. M.2 2280 drives are limited by their small form factor. While they fit nicely on all kinds of motherboards, they don’t have the space to support additional cooling options or to allow the addition of extra NAND.

This leads us to the improvements that larger M.2 25110 storage can bring. The extra space can then be used by manufacturers to include larger heatsinks for better cooling and to fit more NAND chips, increasing the drive’s performance.

As Overclock3d notes, even though the technology is moving forward, many manufacturers might still choose to stick with the (currently standard) 2280 M.2 SSD form factor. It’s true that they will likely find their use for many years to come, if only because the smaller size makes them more viable for laptops and other pre-built devices. When it comes to DIY desktops and pre-built PCs, we may see the rise of the M.2 25110 SSD soon enough.