HomeNewsElon Musk doubles down on support for this Twitter feature
News 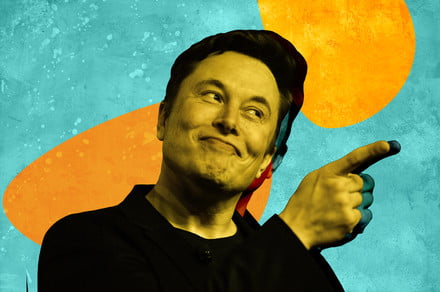 Several days after prospective Twitter owner Elon Musk suggested Twitter users switch their accounts to the latest-tweets feed instead of the algorithm-generated one, the billionaire entrepreneur hit the microblogging platform again on Sunday to repeat the advice. And also explain how to do it.

By default, Twitter displays the algorithm-generated Home feed, which shows tweets that Twitter thinks you’ll find most interesting according to your previous interaction with the app.  Content could include tweets from people you don’t follow (beyond retweets), such as viral tweets and tweets linked to particular subjects that you’ve shown an interest in.

But it’s also possible to alter the feed to show tweets in reverse chronological order. This also reduces the amount of content in your timeline from accounts that you don’t follow.

Musk said he believes the algorithm is manipulating users “in ways you don’t realize,” prompting him to pin a tweet to his account on Sunday explaining to his 93 million followers how to display the latest tweets instead.

You are being manipulated by the algorithm in ways you don’t realize.

Easy to switch back &amp; forth to see the difference.

Musk, who recently made moves to acquire Twitter for $44 billion, said last week that the latest tweets “seem much better than what ‘the algorithm’ suggests.”

His comments prompted Twitter co-founder and former CEO Jack Dorsey to speak up for the algorithm-generated feed, pointing out that it’s “good at surfacing stuff you’d otherwise miss by not scrolling,” adding that the latest-tweets feed is “best for live and breaking events.”

Dorsey chimed in again on Sunday, tweeting to Musk that the algorithm-generated feed was “designed simply to save you time when you are away from app for a while.”

Musk later responded: “I’m not suggesting malice in the algorithm, but rather that it’s trying to guess what you might want to read and, in doing so, inadvertently manipulate/amplify your viewpoints without you realizing this is happening,” before adding: “Not to mention potential bugs in the code. Open source is the way to go to solve both trust and efficacy.”

Dorsey replied to another user that the algorithm-generated feed “wasn’t designed to manipulate. It was designed to catch you up and work off what you engage with,” though he acknowledged that it “can def have unintended consequences tho, which is why one should be able to choose if they use an algo or not, and which one.”

Twitter ditched the latest-tweets feed in 2016, but calls within the community to bring it back prompted the company to reinstate it a couple of years later. It’s possible that Twitter’s own research found that the algorithm-generated feed boosted user engagement on the platform, prompting it to make it the default option so that it could charge advertisers more. Musk has hinted that he would like to move Twitter away from its current ad-based model in favor of other forms of revenue that could include charging a small fee to commercial and government accounts.

Musk’s bid to acquire Twitter seems far from a done deal. Last week he said he was putting the process on hold pending a review of fake/spam account data linked to the service.

Following the review, the bid also faces a number of regulatory hurdles. But if Musk does take on the business, he may seek to make the latest-tweets feed the default option. This is certainly a turbulent time for the platform, with some long-time users fearing what might become of Twitter if the deal goes through.