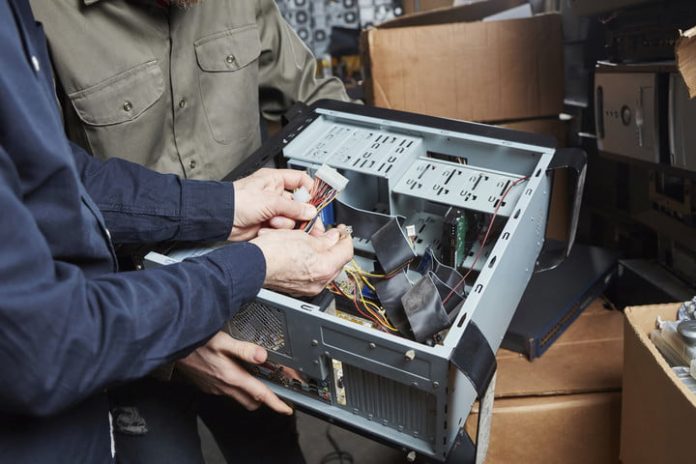 The PC market experienced a huge boost during the pandemic over the past few years, but a new report suggests that this growth is now slowing down in a big way.

The Mercury Research CPU market share analysis for the first quarter of 2022 reveals that desktop PC units decreased by 30%, representing the largest quarterly drop ever.

As reported by Tom’s Hardware, the analyst firm confirmed that it’s not just the desktop PC market that has been subjected to an unprecedented downturn; every area of the x86 processor industry declined during the quarter as well. The only segments not affected were Internet of Things (IoT) and system-on-chip (SoC).

An overabundance of desktop PC inventory, coupled with the effects of the pandemic waning, was mentioned as an explanation behind the spectacular reversal of fortune for the desktop PC market. In 2020, worldwide PC industry growth reached its highest level since 2010.

Elsewhere, one of the reasons flat CPU sales are being compounded is because the workforce is going back to the office, so the reliance on buying PCs for one’s own home is not as important as it was during the height of the pandemic.

And don’t forget: Many could be opting to wait for next-gen processors to arrive later this year before upgrading or building their system.

While an end to the resurgence of the PC industry was always expected, not many envisioned such a large drop.

The website highlighted a key point in its report: The record decline in the desktop PC market materialized amid retailers selling surplus CPU inventory. Mercury Research pointed out how this situation affected Intel more than its rival, AMD.

Despite the somewhat alarming drops across the board in the PC industry, AMD’s ever-growing presence in the technology industry was singled out in Mercury Research’s report. It seems Team Red was largely unaffected by the state of affairs compared to its rivals.

With Intel losing more sales at a faster rate compared to Team Red’s performance in the market, AMD came out relatively unscathed. In fact, the chip and GPU giant managed to capture 27.7% of the x86 market — a new record high. That figure is a significant 7% increase when compared to the same period last year.

In particular, AMD strengthened its position within the mobile/laptop market in regard to unit share (22.5%). That’s also another record.

As for the server market — a segment where an increasingly digital world has led to the popularity of cloud computing skyrocket — AMD grew for the 12th consecutive quarter, culminating in an 11.6% share for this lucrative industry.

Several records for other PC segments

Still, it’s not all doom and gloom for the PC industry due to some notable distinctions, as detailed by Mercury Research analyst Dean McCarron:

Lower shipments of low-priced entry-level CPUs and strong ramps of new mobile processors (Alder Lake CPUs for Intel and Barcelo and Rembrandt CPUs cores for AMD) resulted in much higher mobile CPU prices, which helped set the record client (combined desktop and notebook) average selling prices of $138, which were up more than 10 percent on quarter and more than 30% on year.”

Elsewhere, Mercury Research touched on the PC client share for ARM, a company that Nvidia unsuccessfully attempted to buy for nearly $70 billion.

“Our estimate for ARM PC client share (including Chromebooks and Apple’s M1 based Macs with X86 desktop and mobile CPUs in the total client size estimate) is 11.3 percent, up from 10.3 percent last quarter and just shy of double the 5.9 percent from a year ago. While Apple’s Mac business declined in the first quarter, the downturn was slight compared to the X86 PC market.”

The figures pertaining to AMD versus Intel for the overall desktop PC market share during Q1 2022 are as follows, courtesy of Tom’s Hardware:

Moreover, McCarron outlined how AMD enjoyed success in the commercial notebook market. A 22.5% share for the notebook/mobile segment during the first quarter of 2022 represents another record for Team Red. It’s also a 4.4% year-over-year increase.

Tom’s Hardware identified the notebook market as a particularly competitive space, partly due to Apple’s introduction of its impressive M1 chips.

Although AMD will go head-to-head with Intel’s Alder Lake HX-Series processors with its upcoming Zen 4 Dragon Range silicon, Apple’s M1 processors have changed the landscape of the segment considerably.

Thanks to Apple’s range of M1 processors, ARM has become a key player in the x86 market. By powering Chromebooks and M1 Macs, its unit share reached 11.3% during the first quarter of 2022. That’s a huge turn of events when compared to its sub-2% market share during the second quarter of 2020.

Looking forward, Apple also has its M1 Ultra chips in the pipeline, which should further solidify its position in the chip market once they become available.

Facebook
Twitter
Pinterest
WhatsApp
Previous articleGoogle Pixel 6a vs. Pixel 6: Does $150 make a difference?
Next articleHow did the iPod Touch hang on for this long?
- Advertisment -

After 10 years of Google’s messy hardware strategy, it looks like they finally got it right