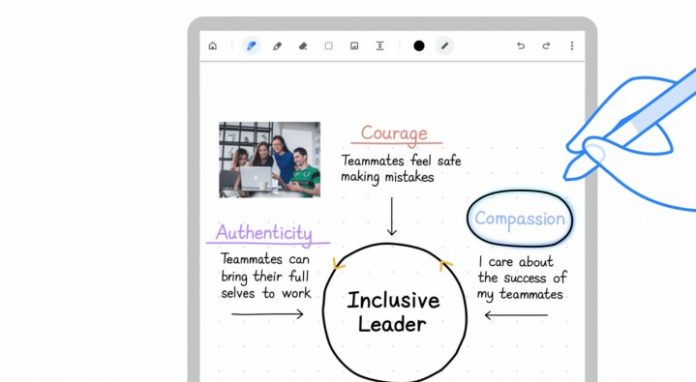 ChromeOS version 102 is now available as an update for Chromebooks, bringing three new features, including the rollout of a new Cursive app, improvements for magnification, and some new alerts relating to USB-C cables.

If you’re on a Chromebook that supports a stylus, the new Cursive app should be the biggest highlight for you. This app originally launched last year on select new Chromebooks, and now Google says it is rolling out to all Chromebooks with a stylus. Cursive makes it easier to capture, edit, and organize notes on your Chromebook, using a stylus with features like sketching drawings, pasting images, and sharing as PDF.

You already could access Cursive and install it as a Progressive Web App via the web, but it is now more upfront on eligible Chromebook models. Some additional features for Cursive are coming soon, including ways to easily change the thickness, style, and color of the stylus stroke.

ChromeOS is now also smarter with USB-C devices. ChromeOS can now alert you if your connected USB-C cable has limited functionality. This applies to situations where a USB-C cable can’t work with a docking station or monitor, or if it is not performing the best with your laptop.

ChromeOS will even let you know if the cable doesn’t support USB 4 or Thunderbolt 3 standards if your Chromebook already does. Google says this is rolling out first to Chromebooks featuring 11th- or 12th-generation Intel Core CPUs with USB4 or Thunderbolt capability. More devices are set to come soon.

The third major feature in this release is magnification customization options. Now in ChromeOS 102, you’ll be able to control the size of any part of your screen that’s magnified. You’ll be able to make it bigger or smaller. This builds on the continuous panning feature introduced in the past, where if you move your cursor, the rest of the screen follows it.

As always, you can update your Chromebook to this new release by visiting the Settings app. Then click About ChromeOS. From there, your Chromebook should download the version 102 update. You’ll then be prompted to restart and be back in the action to try out these new features after just a few seconds.