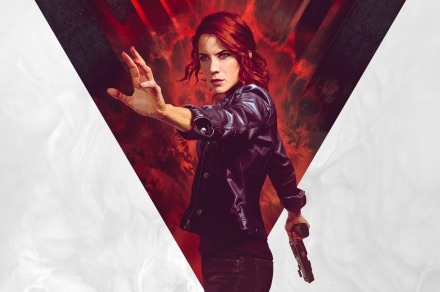 Gamers who happen to be AT&T customers are going to be having a happy Monday. The internet service provider announced that it’s making Remedy’s hit game Control — specifically, Control: Ultimate Edition — temporarily available to stream on their phones, tablets, and PC for free.

AT&T said that customers can instantly play Control: Ultimate Edition on any device connected to AT&T internet at no extra cost to them without downloading the game or waiting for the game to finish downloading. They can access the game with an AT&T postpaid mobility plan, which doesn’t require a subscription.

Streaming Control: Ultimate Edition for free is possible thanks to Google’s Immersive Stream for Games, a relatively new service that allows companies to bring AAA cloud games directly to players and let them stream on the cloud for a limited time. What makes cloud gaming on the service even easier is that it’s combined with 5G connectivity so that players can stream games on their phones wherever they are without being connected to Wi-Fi.

“As our first Immersive Stream for Games collaborator, AT&T’s continued investment in delivering games directly to their customers underlines our ability to offer advanced streaming technology, the right tools to port games easily, powerful discovery features, and the analytics necessary to optimize a direct-to-consumer business,” Dov Zimring, Immersive Stream for Games’ head of product, said. “Today’s launch of Control: Ultimate Edition from 505 Games is proof of that ability, with Immersive Stream for Games enabling AT&T customers to click and play the full game across new devices at home or on the go with no downloads or installs.”

Google introduced Immersive Stream for Games at its Google for Game Developers Summit in March, which came over a month after Business Insider reported the company was deprioritizing Google Stadia to make deals with other companies, like AT&T, to use a B2B cloud gaming service that utilizes Stadia’s underlying tech.

Last year, AT&T piloted Immersive Stream for Games with Batman: Arkham Knight, which was a PC exclusive deal at the time. Now that Control: Ultimate Edition has been added to the service, players will be able to enjoy both games outside the confines of their home computers.