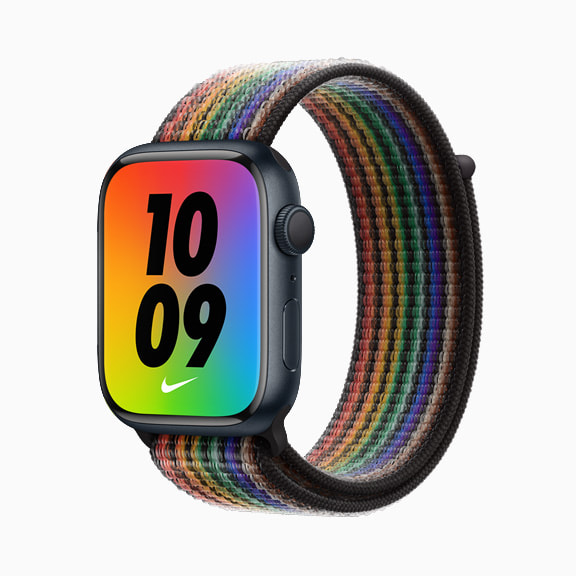 Apple is celebrating Pride Month this June with two new Apple Watch faces as well as new colorful straps, the company announced today. They will be going on sale later today through Apple’s web stores with a later launch in physical stores, while the Watch faces will be available immediately.

Aside from the new watches, Apple is also launching a new ‘Shot on iPhone’ social media campaign. Like all its other similar campaigns, this will focus on images captured using iPhones albeit centering on people and places relevant to the LGBTQ+ movement.

Apple’s Pride Edition Sport Loop and Pride Edition Nike Sport Loops are available today for $49 and can be ordered both from the Apple web store and the Apple Store app. They won’t be in physical stores until May 26. As for the Pride Watch face, they are available today with the Apple Watch Series 4 forwards as long as you’re running watchOS 8.6 and paired with any suitably modern iPhone.