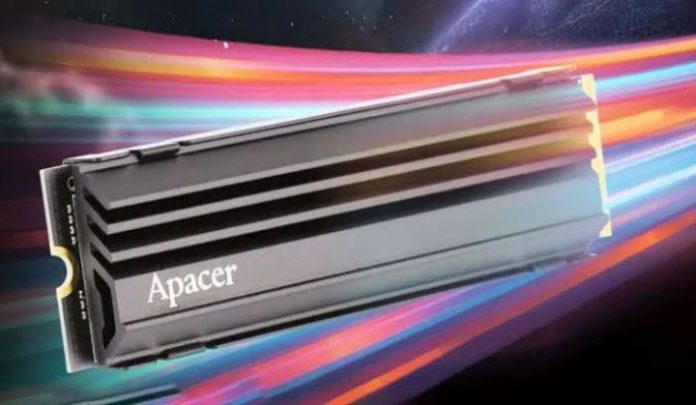 It seems that, at long last, we might finally see PCIe 5 SSDs on the market soon enough. Apacer and Zadak have just announced the first consumer PCIe Gen 5 SSDs to be released later this year.

The new drives will undoubtedly rank highly among the best SSDs, seeing as they offer a massive step up in both read and write speeds, reaching 13,000MB/s and 12,000MB/s respectively.

PCIe Gen 5 has been around for a while, but up until now, there have been no consumer SSDs released that utilize the new technology. Even though the Intel Alder Lake platform supports PCIe 5 (as well as DDR5 memory), for all these months following its release, customers have been unable to buy a Gen 5 SSD — simply because they just didn’t exist on the market.

Things seem to be about to change for the better. Apacer and Zadak have two SSDs coming up, one a standard Apacer design, and one Zadak. Both of the drives share a lot of similarities, most importantly, blazing-fast read and write speeds, providing a huge improvement over the PCIe Gen 4 drives that are available today. In fact, PCIe 5.0 offers double the bandwidth of the previous generation.

The Apacer AS2280F5 M.2 PCIe Gen5 x4 SSD comes with read and write performance of up to 13,000/12,000MB/s. It remains backward compatible with PCIe Gen 4, but of course, the performance will be lowered if you use this drive on the older platform. The SSD comes with an aluminum heatsink and metal cooling fins. Apacer teased that the drive also offers multiple safety measures that protect the stability of data reading and writing, but it hasn’t disclosed what exactly we can expect here.

Zadak’s TWSG5 Gen5 x4 SSD offers the same read and write performance as the Apacer model. Cooling has also been a priority here, with two types of heat sinks: Ultra-thin graphene and aluminum. Both the SSDs come with support for the latest NVMe 2.0 standard and a 5-year global warranty.

The upcoming release was first spotted by Wccftech. Unfortunately, the official pricing and release dates for the new SSDs are both yet to be announced. However, assuming that they will cost more than the PCIe Gen 4 SSDs currently available is a safe bet — after all, the performance gap is going to be large.

AMD will soon release its next-gen processors, dubbed Ryzen 7000, and will catch up to Intel in terms of PCIe 5 support. With not just one, but two CPU lines that offer access to PCIe 5, storage manufacturers will hopefully soon release more of these highly impressive speed fiends. Stay tuned.