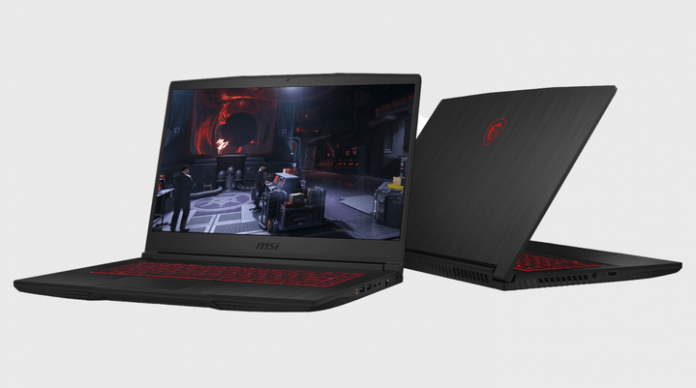 Gaming laptops can be great for those who don’t want the traditional desktop experience due to space constraints or moving around a lot for work or travel. Of course, gaming laptops tend to be expensive if you want good gear, so there’s always a compromise when buying one. Thankfully, going for a laptop with an RTX 3060 is a good option in terms of balancing specs vs. cost, especially since you can get a reasonably powerful gaming laptop for less than $2,000, which is impressive. Of course, if none of these do it for you, then we do have some other great gaming laptop deals, although we will say right off the bat that the last entry here is one of the best laptops and laptops deals you’re going to find in this price range.

It’s not often that you’ll find a gaming laptop with an RTX 3060 going for under $1,000, but this GF65 MSI manages it, and it’s a pretty excellent laptop, especially given MSI’s reputation. The higher-end GPU drives an FHD, 15.6-inch display with a respectable 144Hz refresh rate that’s great for FPS gamers who like things like CS:GO. The CPU is a mid-level 10th-gen Intel i5-10500H, which should be more than enough use cases, including simulation games and general productivity work. Storage space comes in at 512GBs, which is slightly on the lower end if you’re a gamer, and if you plan to play Warzone, then you’ll certainly want to grab one of our external hard drive deals to help supplement your storage. As for the RAM, it’s a reasonably 8GBs 3,200Mhz, on par for a budget gaming laptop at this price point.

You don’t often see 14-inch gaming laptops, especially with a graphics card like the RTX 3060, but if you prefer something smaller and more portable while also playing a lot of games, then the Zephyrus 14-inch is the laptop for you. You’ll be happy to know that even though it’s a smaller screen, it’s no slouch, as it’s both FHD and runs at a 144Hz refresh rate, so it’s still pretty great for FPS gamers, although maybe on the smaller side. Interestingly, one thing that helps keep the Zephyrus at a reasonable cost is the fact that it’s running an AMD Ryzen 9 5000 series, which is a pretty high-end CPU, so you should handle simulation games, audio editing and any other highly-intensive CPU tasks just fine. The RAM and storage are also surprisingly good for this price point, giving you a cool 16GB of RAM and 1TB of SSD storage, more than you tend to see in other gaming laptops at this price bracket. If you’re considering gaming laptops at this price range, the most expensive one in our best RTX 3050 laptop deals is a couple hundred cheaper and has a slightly bigger screen, although less storage and runs an RTX 3050, so it certainly is something to think about.

Much like 14-inch screens, 16-inch screens are also relatively rare, although they’re perfectly placed in the gaming laptop space, as they’re made for 2K resolutions, which this one is, and a much better choice than 4K that you might see, which the RTX 3060 cannot handle. Not only that, but the screen has an incredibly impressive 500nit peak brightness and a 165Hz refresh rate, and while the RTX 3060 may struggle to pull that off at 2K with AAA games, it will do just fine with things like CS:GO or LoL. As for the CPU, it’s also really impressive with an 11th-gen Intel i9-11900H, possibly one of the highest-end CPUs on the market, meaning you won’t have any issues running CPU-intensive tasks at all; in fact, you might not even notice them running. Beyond that, you get an impressive 16GBs of RAM and 1TB of SSD storage, both great for the price bracket. Altogether, this is honestly one of the best gaming laptop deals you’ll find today or for a while.