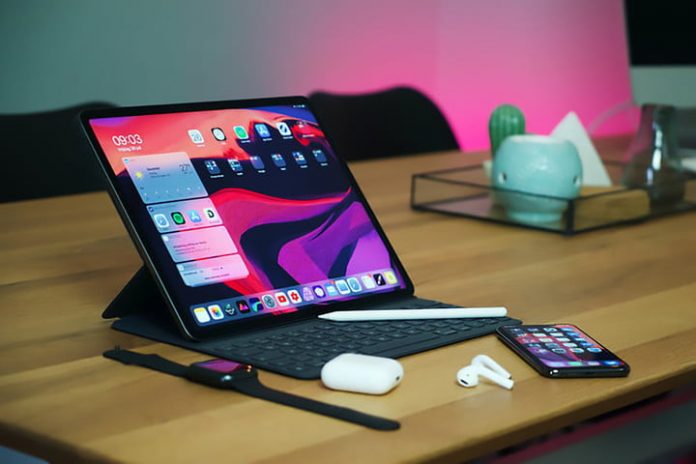 For anyone who’s been checking out the best iPad deals with an iPad Pro in mind, we’ve got all the key iPad Pro deals lined up in one place. To help you out even more, we’ve also looked at why each iPad Pro is worth your time and money, and anything else you need to know about them. Read on while we take you through everything so you get the iPad Pro you need.

When checking out the best iPads, you’ll notice that the 11-inch iPad Pro tops the rankings. It’s easily the best overall iPad thanks to it being immensely powerful, having great looks and providing you with everything you could need. It’s designed with professionals and creatives in mind, but anyone looking for speedy performance will be delighted here. It’s a little more compact than the 12.9-inch model but it continues to offer laptop-level performance. That’s thanks to it using Apple’s M1 chip, which is the same one you’ll see in many MacBooks. It’s incredibly capable, allowing you to edit videos on the move, multitask extensively, or simply play the latest games at great quality levels.

The key difference between the 11-inch iPad Pro and the 12.9-inch model is its screen. It uses a traditional LED-based Liquid Retina display compared to the mini-LED Liquid Retina XDR display of the other model, but it still looks excellent. With slim bezels, it’s big enough for most tasks without feeling unwieldy at the same time. A crisp 2388 x 1668 resolution looks great with 120Hz ProMotion technology ensuring its refresh rate keeps things silky smooth at all times.

Alongside all that, the features keep on coming. The 11-inch iPad Pro has a TrueDepth camera system which features an Ultra Wide front camera with Center Stage support so you always retain the focus of any video calls you make using the tablet. It’s a really nice and professional touch that will prove highly convenient. Also, you get a 12MP Wide camera, a 10MP Ultra Wide camera and a LiDAR scanner on the back, proving useful in a multitude of ways. All-day battery life and extensive accessory support including the Apple Pencil (2nd generation), Magic Keyboard, and Smart Keyboard Folio round off the package so it’s a true productivity powerhouse.

The 12.9-inch iPad Pro is the ultimate iPad. In our 12.9-inch iPad Pro review, we called it “more than you need” but “exactly what you want” because that’s how powerful it is. Its screen is the first thing you’ll notice and it’s a thing of wonder. The 12.9-inch iPad Pro has an edge-to-edge display with bezels that are just big enough so you can hold the tablet without touching the display, and nothing more than that. Unlike the smaller iPad Pro, it uses a Liquid Retina XDR display with a 264 pixel-per-inch density. It’s a Mini-LED display by another name so it offers 10,000 miniaturized LEDs grouped into 2,500 local dimming zones so it’s capable of showing deep blacks right next to bright colors. It’s a tremendous difference from other screens with everything you look at appearing gorgeous. A peak brightness of 1,600 nits is like little else out there while 120Hz refresh rate keeps the action moving smoothly.

Not everyone will need this kind of display but if color accuracy is vital for your work, or you simply want the best experience, you will love what the 12.9-inch iPad Pro can provide you with. The display is backed up with fantastic performance, too. It uses the Apple M1 chip that you’ll see in other MacBooks as well as the smaller iPad Pro, so it’s capable of responding quickly and allowing you to multitask as much as needed. Whether you’re editing videos or simply browsing the internet, you’ll appreciate the speed that the 12.9-inch iPad Pro offers.

Elsewhere, the 12.9-inch iPad Pro also offers the same camera system as the smaller iPad Pro and it’s useful. You get a 12MP Wide Camera, a 10MP Ultra Wide camera, and a LiDAR scanner on the back. At the front is an Ultra Wide front camera with Center Stage support so the tablet can follow you around on calls and keep you centered. Four speaker audio, five studio-quality microphones, and a plethora of accessory support mean this is a truly powerful tablet.

When are the best iPad Pro deals?

The next big sales event is Prime Day. Amazon’s event to celebrate its birthday, it tends to run in July and it leads to some big discounts on highly sought-after technology. iPad Pros are always popular so it’s very likely that we’ll see discounts emerge during Prime Day. While Prime Day itself is exclusive to Prime members, other retailers also get in on the act so it’s worth seeing what’s out there.

Alternatively, the end of the year is a sweet time for iPad Pro deals. That’s because it’s the time of year for Black Friday and Cyber Monday. Traditionally the biggest sales event of the year, it’s very likely that we will see big discounts on iPad Pros. However, you’re going to have to wait a long time to see what these offers are. Also, buying during the holiday season can be tricky. That’s because it’s likely your finances are having to stretch for other kinds of holiday spending like gifts or trips away, meaning an iPad Pro might not be on your radar.

Holding out for the biggest sales events can prove useful but only you know if that works for you. If you know you can afford it now, and you like the deal available to you, buy now. You won’t regret it and you get to enjoy your iPad Pro for much longer than holding on for a better deal that may not come around.