Best iPad Mini Deals: Save $90 on the portable tablet today 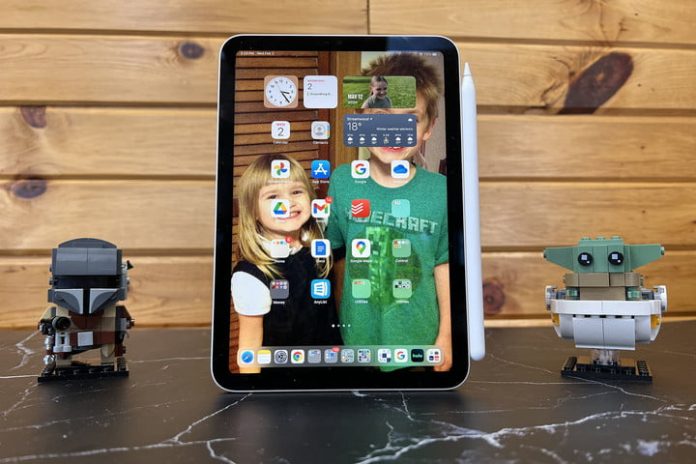 If you’ve been checking out the best iPad deals specifically with an iPad Mini in mind, we’ve got all the best iPad Mini deals rounded up in one place to save you time and effort. Read on to learn everything you need to know about the best tablet deals for the humble smaller iPad and learn about why it’s worth your time.

The iPad Mini is easily one of the best iPads for anyone that wants to focus on portability. It may be smaller in size than other iPads but it’s no slouch when it comes to great performance. It offers an 8.3-inch Liquid Retina display with True Tone and wide color support, so it looks fantastic. Image-wise, whether you’re playing a game, designing a presentation, or watching your favorite shows, the iPad Mini looks delightful. Colors really pop on screen and you get a truly premium experience, albeit in a smaller size than other iPads.

Underneath that screen contains an A15 Bionic chip with Neural Engine so the iPad Mini is super fast to use. While it’s not quite up there with the M1 chips you’ll see on the iPad Pro range, it’s still fast enough to easily be able to deal with multitasking, gaming via Apple Arcade, or similar functions. Thanks to the ease of use that iPadOS offers, there are plenty of ways to be more productive here. Also, the iPad Mini uses a 12MP wide back camera along with a 12MP Ultra Wide front camera that has Center Stage support. Capable of taking some good quality snaps while out, Center Stage support means that it will always keep you in focus on any video calls, making the experience far more professional than before.

Elsewhere, the iPad Mini continues to be useful. It has loud landscape stereo speakers that are great for calls or for streaming shows or music. It also has Touch ID support to keep your data more secure than via a simple password. Up to 10 hours of battery life and fast recharging with USB-C proves useful, while it also supports the Apple Pencil (2nd generation). It’s an ideal productivity or entertainment powerhouse, in a smaller shell than usual.

When are the best iPad Mini deals?

While iPad Mini sales tend to happen all year round, the best iPad Mini deals tend to land on certain dates. One of the biggest times of year is coming up fast. Prime Day is Amazon’s dedicated sales event that’s held to celebrate its birthday and it’s very likely we will see some great iPad Mini discounts around then. Amazon is usually very keen to discount highly sought-after technology and that includes iPad Minis as they’re always in demand. Of course, to enjoy Prime Day, you need to be an Amazon Prime member but other retailers like Walmart and Best Buy often hold their own sales around the same time, so this might be the time to consider.

If you can wait even longer, there’s always Black Friday and Cyber Monday. The traditional best time of year for sales, Black Friday has been around for a very long time and retailers love to hold back their best deals for around then. You’ll need to wait until near the end of the year though, and you may find that money is already tight if you have plenty of other holiday spending to consider. However, if there’s no urgency to you buying a new iPad Mini, this could be the event to hold out for. Rarely do we see better deals outside of Black Friday and Cyber Monday with pretty much every retailer keen to discount heavily in the last run-up to Christmas.

Of course, there’s nothing stopping you from buying now. Only you know if you can wait. If you’ve been waiting a while to snag a new iPad Mini, you may find it more convenient to buy now rather than wait any longer. For one thing, you get to enjoy your new tablet immediately rather than waiting months for a better discount. For another, there’s no guarantee that the price will actually get lower than it already is. While certain sales seasons tend to be better, they could just be incrementally slightly improved meaning there’s no point in holding out. If you want it now, buy it. You’ll be happy and you know you can afford it right now.

Facebook
Twitter
Pinterest
WhatsApp
Previous articleSave on the Apple Watch 7 and Apple Watch SE at Amazon today
Next articleBest i7 Laptop Deals: Savings of up to $694 today
- Advertisment -