Best Apple Watch Series 7 Deals: Save $99 on the smartwatch today 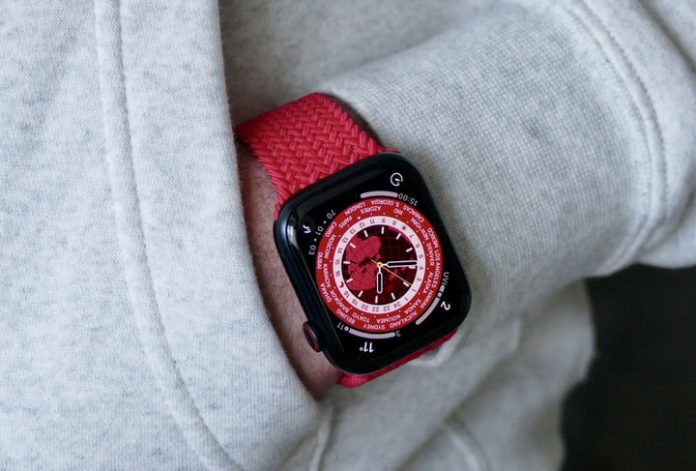 Smartwatches have become a pretty standard part of life these days, and if you’re within the Apple ecosystem, you’ve likely been looking at the Apple Watch series of smartwatches for your purchase. That being said, Apple products can be expensive, especially the newer gear like the Apple Watch Series 7, which is why we always do our best to collect the best deals on the market. So let’s take a look and see if you can find something that fits your needs.

The upgrade to the old Series 6 watch is quite a substantial one this year, and if you don’t already own an Apple Watch, it is a great smartwatch to jump right into. That being said, if you already have a Series 6, then the upgrade becomes more about whether you think the changes are worth the cost, although we certainly think the Series 7 is a great smartwatch overall. For example, this year they’ve given us a much better screen to work with, as well as a lot more variety in colors than there used to be, as well as sizes.

Beyond the new screen, the Series 7 comes in with a new UI and OS, which brings in bigger buttons than previous versions, which many people have wished for, especially those prone to fat-fingering or who don’t have fine motor control. The OS is also much faster than the year before, as expected with this type of upgrade, although it hasn’t significantly improved battery life, which remains mostly the same. On the upside, this 41mm version of the Series 7 has a pretty great screen size; although being the GPS model, it doesn’t have any GSM capabilities and requires a connection to an iPhone to work.

Of course, that’s not necessarily a downside; after all, Apple Watches are made to function as a utility tool for iPhones and allow you to see and answer messages, calls, and so forth. Of course, there’s also the added benefit of the health tracking, which has been expanded this year and offers a lot more variety in sports, although the depth of tracking is still a bit lacking compared to other fitness-specific devices, plus a lack of customizable alarms for heart rate and O2 levels which is a missed opportunity. That being said, it’s a great smartwatch overall and certainly worth picking it up if you want an Apple Smartwatch, so we suggest checking out our more in-depth Apple Watch Series 7 review to get a better idea of what you’re getting.

When are the Best Apple Watch Series 7 deals?

When it comes to Apple Watch deals, the best time of the year will be during Prime Day. The exact day isn’t known just yet, but we do know that Prime Day is going to be sometime in July, which brings us back to the traditional schedule that Amazon had since 2019. If we do return to that schedule, we’re likely going to see Prime Day sometime in the middle of July, likely somewhere around the 15th. Regardless, Prime Day is one of the best days of the year for electronics, and Apple Watches are no exception, so if you want to wait to pick one up, then that’s the time to do it.

Ironically, Apple doesn’t have sales on any of their devices, rather working in trade-ins and sometimes coupons, so there’s no great date to pick a sale up from them. That being said, there is always Black Friday and Cyber Monday, which fall on November 25th and November 28th, respectively. The only issue with those is that they tend to be selling off stock that’s been left over from other sales, so you aren’t likely to see a ton of variety there. That doesn’t mean that you shouldn’t keep an eye out, but you likely won’t find as many good deals then as you will on Prime day.

All that being said, it’s not always a good idea to wait for a deal in the future, especially since you don’t know what that deal will look like. If you can’t wait and have found a sale or item you like, there’s certainly nothing wrong with picking it up when you see it. In fact, if the Apple Watch deals above don’t do it for you, we have a few other Apple Watch deals for you to look at so that you don’t have to wait.

This LG display completely changed my mind on portable monitors

Pixel 6a challenges Samsung for the ‘default’ Android crown