HomeNewsARM vs. RISC-V: Is one better than the other?
News

ARM vs. RISC-V: Is one better than the other? 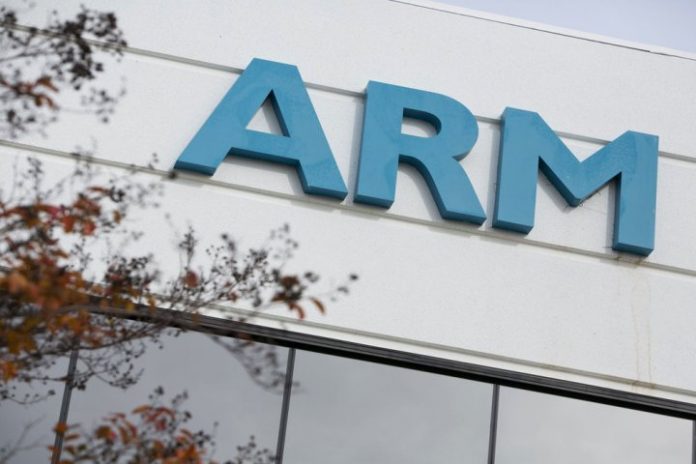 If you wanted to make a CPU, and you’re not AMD or Intel, there are two real choices: ARM and RISC-V. But what are the differences between the two, and why do companies choose one over the other? These questions are fundamentally intertwined with differing philosophies about open source hardware and what’s best for the processor and computing industry.

What are ARM and RISC-V?

ARM and RISC-V are instruction set architectures, or ISAs. The ISA is the foundation of a processor and is the most fundamental and basic component of any CPU. Both ISAs are reduced instruction set computer (or RISC) designs, meaning the base instructions the CPU has access to are inherently simple but ideally fast to calculate. The ‘R’ in ARM actually stands for RISC (though ARM is no longer treated as an acronym), so in this sense the two ISAs are similar.

The original designer of ARM was Acorn Computers, based in Britain. In 1990, Acorn Computers spun off the CPU design team into Advanced RISC Machines, later ARM Ltd. ARM’s licensing business model originated in the 90s through a partnership with Apple, which helped develop the ARM6 architecture that launched in 1992. Ever since, ARM has been licensing out the ARM architecture to companies that can pay for it.

RISC-V, by contrast, is a totally open-source and royalty-free ISA. It began development in 2010 as a project of UC Berkeley’s Parallel Computing Laboratory, but over the course of 5 years became something much bigger. Eventually, 36 tech companies came together to support RISC-V and founded the RISC-V Foundation. In 2020, the RISC-V Foundation renamed itself RISC-V International.

ARM and RISC-V are far from the only ISAs on the market, but they’re among the most popular aside from x86 (which is exclusive to Intel and AMD) and Power (which until recently was exclusive to IBM and is now open source).

One of the common motivations for ARM and RISC-V is their different approach to the closed source x86 ISA, which was, until very recently, the most used ISA in the world across various markets. The x86 ISA isn’t as universal or hegemonic as it once was, but both Intel and AMD are still dominant forces in the desktop, laptop, and server markets, as well as being powerful forces in some smaller markets like games consoles and 5G networking servers.

Although both ARM and RISC-V are united in their desire to take market share away from x86, they’re competing against each other as well. ARM’s business model and design philosophy was one of the motivating factors behind the development of RISC-V, and it’s a major point of contention between the two RISC-based ISAs.

At the heart of the differences between ARM and RISC-V is the matter of closed and open-source hardware. ARM is closed source whereas RISC-V is open source. You’ve probably heard of these terms in relation to software, but what does this mean for hardware?

It’s basically about intellectual property (or IP) and rights to use that intellectual property. For example, only Intel and AMD can make modern x86 processors because by law they have the IP rights to them. Open-source hardware is almost the opposite since it centers on a design everybody is free to use and modify as they see fit. This is where the philosophies of ARM and RISC-V clash, because although ARM does license out its architectures (unlike Intel and AMD), the company is ultimately also a gatekeeper.

Let’s come back to each ISA’s business model. The ARM ISA is owned by the company ARM Ltd, which makes money by licensing the architecture out to companies that can afford it. Basic ARM cores are designed and developed by ARM Ltd itself, and companies like Apple and Qualcomm can add to those cores to suit their needs.

Apple M1 and Qualcomm Snapdragon CPUs are still ARM, but they’re customized. It’s just like the difference between Intel and AMD CPUs, and despite the vast differences between Core and Ryzen or Xeon and Epyc, they’re all still x86 CPUs.

Companies that use the ARM ISA, however, are not allowed to modify the basic core itself. RISC-V International and companies that use RISC-V see this as a major limitation, and combined with the licensing fees makes using ARM undesirable. So what alternative does RISC-V provide?

For starters, companies can use the RISC-V ISA for free: No licensing fees, no royalties, no strings attached. Companies are also allowed to do whatever they want with RISC-V cores. This definitely lowers the barrier to entry on making any CPU, custom or not.

But, as open-source software proponents tend to say, “open source doesn’t mean free.” Companies that use RISC-V are not obligated to share their innovations with anyone, though they are free to license and sell their IP just like ARM can.

Both ARM Ltd and RISC-V International want to advance the computing industry, but have different ideas on the best way to do it. Essentially, the difference between ARM and RISC-V comes down to how much a central authority gets to decide and limit.

Why choose ARM or RISC-V?

To answer this question, we spoke RISC-V International’s CEO Calista Redmond. She explained that where once chipmakers could handle every part of fabrication themselves, today most companies have to work with other companies to get things done. ARM licenses its ISA to Apple, which fabs at TSMC, for example. Redmond explained to me this shift in the industry helped create the opening for RISC-V, but she argued there was also another crucial factor: The ever-expanding market for custom processors.

Many industries are increasingly looking to integrate computer chips into the business, and Redmond asserted that only RISC-V could cater to such a diverse crowd of customers. RISC-V’s inherent modularity and design freedom make it the ideal choice, she argued. Furthermore, compared to ARM there is no need for licensing negotiations and fees, making it faster and cheaper to use RISC-V. If a company doesn’t want to use the basic RISC-V design and also doesn’t want to design one on its own, it can work with other RISC-V companies to license IP, which may be cheaper than going through ARM.

I was also curious about the companies that use RISC-V. Intel, for example, is a member of RISC-V International, but it also makes x86 processors. Wouldn’t Intel see RISC-V as a competitor, not a partner? Redmond explained that it comes down to Intel’s various businesses. Intel does make x86 CPUs, but they also own their own fabs, a now unique characteristic of Intel’s structure. It’s more profitable for Intel to fab RISC-V processors than to not do so.

Another RISC-V member, Nvidia, sees RISC-V CPUs as being a meaningful addition to its GPUs, even as the company pursued a deal to acquire ARM.

Ted Speers, the Head of Product Architecture and Planning at Microchip and member of the board at RISC-V International, told us that where its subsidiary, Microsemi, once used ARM in its system on chip (S0C) designs, today its flagship SoCs are based on RISC-V CPUs instead. According to Speers, this was down to lower development and licensing costs, better long-term outlook and flexibility, and better ability to meet the unique needs a Microsemi FPGA SoC would have. He also noted that since Microsemi was not especially embedded in the ARM ecosystem and didn’t particularly rely on the ARM ISA, the transition wasn’t as difficult as it could have been.

For its part, ARM claims that it has much more money to fund R&D and develop technology for its customers, whereas RISC-V International does not and merely provides an ISA. ARM also raised concerns that usage of RISC-V could result in “fragmentation,” which is basically a lack of standards throughout an industry that creates an obstacle for compatibility in both hardware and software. Since ARM provides standardized cores, the risk of fragmentation is averted. Whereas RISC-V sees this standardization as a weakness, ARM argues it’s a strength.

ARM raises a good point. Many companies are perfectly happy with the technology it provides, even though nobody is allowed to completely modify it. Apple is making powerful ARM CPUs not just for Macbooks but also Mac desktops, and Amazon’s Graviton server CPU is expected to provide some competition to Intel’s Xeon and AMD’s Epyc. It’s also useful that Android OS can run on basically any smartphone.

However, should everyone really use ARM just to make sure everything’s on the same ISA? It’s not intuitive that my phone should have the same CPU cores as Microsemi’s FPGA SoC, for example. The reasoning ARM gave me for using its ISA instead of RISC-V’s seems a little shaky outside of end-user computers and servers.

Ultimately, it will be decided in the market which ISA is superior. For years, ARM’s stronghold has been phones, but the ISA is seeing increasing usage in other sectors. Products like Samsung’s Galaxy Book Go, an ARM-based Windows laptop, and Apple’s M1 powered Macbooks are challenging Intel and AMD in the laptop market. ARM server CPUs are being developed by Amazon and Ampere, another expansion into traditionally x86 territory.

Meanwhile, RISC-V sees its biggest avenue for expansion in the industrial sector, IoT devices, and A.I. This isn’t the kind of ARM vs. x86 brawl we’re seeing today, but it’s hard to imagine ARM being okay with RISC-V potentially cornering these emerging markets. By 2025, RISC-V is very confident that as much as 14% of the entire CPU market will be using RISC-V processors.

We’ll have to wait and see whose vision of the future turns out to be correct, but it seems clear for now that both RISC-V and ARM hardware has a place in the market.