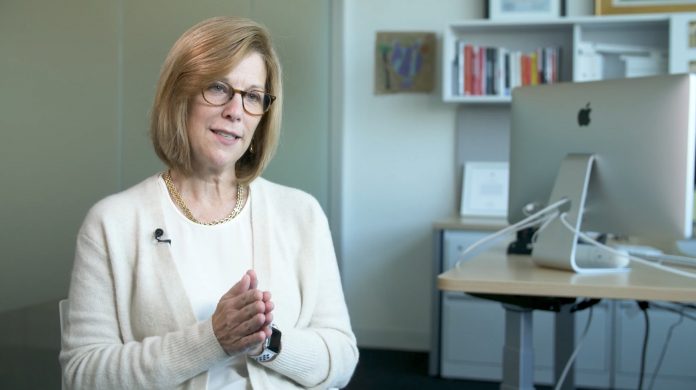 Apple’s privacy chief Jane Horvath is listed as a speaker at the 2022 Computers, Privacy, and Data Protection conference in Brussels, Belgium. Apple is also sponsoring the conference, which is scheduled for May 23 through May 25.

It’s unclear when Horvath will speak or what topics she plans to discuss at the conference, but Apple has been advocating against the EU’s proposed Digital Markets Act that would require Apple to allow sideloading of apps on the iPhone outside of the App Store. At past conferences, Apple executives like CEO Tim Cook and software engineering chief Craig Federighi have argued that sideloading poses privacy and security risks.

Cook spoke at last year’s Computers, Privacy, and Data Protection conference, where he implied that companies like Facebook with a business model of maximizing engagement through algorithms can lead to polarization and violence.

“At a moment of rampant disinformation and conspiracy theories juiced by algorithms, we can no longer turn a blind eye to a theory of technology that says all engagement is good engagement — the longer the better — and all with the goal of collecting as much data as possible,” said Cook, adding that “it is long past time to stop pretending that this approach doesn’t come with a cost — of polarization, of lost trust and, yes, of violence.”

Horvath joined Apple in 2011 as Senior Director of Global Privacy and now holds the title of Chief Privacy Officer at the company. She has two decades of information privacy and legal experience, with her previous roles including Global Privacy Counsel at Google and Chief Privacy Counsel and Civil Liberties Officer at the U.S. Department of Justice.Tag: Apple Privacy
This article, “Apple’s Privacy Chief Jane Horvath to Speak at EU Data Protection Conference” first appeared on MacRumors.com