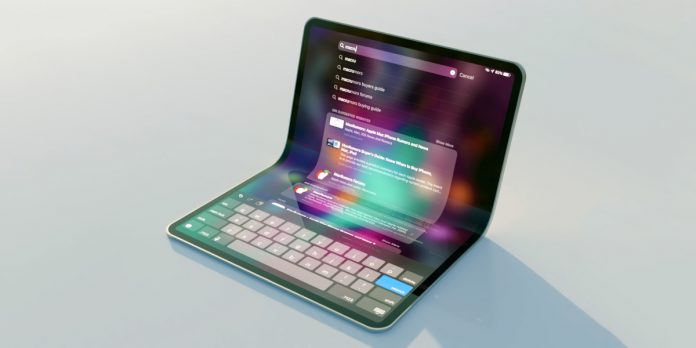 Apple has started developing thinner OLED panels that could be used for foldable displays in the future, a new report out of Korea suggests.

According to The Elec, Apple is developing OLED panels without polarizers, which are typically included to allow only lights in certain directions to pass through, thereby improving the visibility of the display.

One drawback of polarizer films is that they tend to reduce brightness and, in turn, the luminance efficiency of the panel. To offset this, manufacturers usually increase the power consumption delivered to the panel, but this can reduce their lifespan.

By removing the polarizer, Apple will be able to make the panels significantly thinner, making them more optimal for foldable panels, claims the report, citing supply chain sources. Apple could also theoretically apply different technology with an equivalent effect to that of a polarizer but which avoids the aforementioned trade-offs.

Samsung has already utilized OLED panels without polarizers for the Galaxy Z Fold 3, according to The Elec, incorporating its “Eco Square” technology which increases light transmittance while reducing power consumption.

A report from The Elec last month claimed Apple is working with LG to develop a foldable OLED display panel with ultra-thin cover glass for future iPad and MacBook models, although in that instance the website said the panel that would be used would incorporate an ultra-thin cover glass instead of polyimide, which most other foldable displays currently use.

A recent report from display analyst Ross Young said that Apple is exploring all-screen foldable notebooks with displays around 20-inches in size. Young believes these devices could form a whole new product category for Apple and result in a dual-use product, potentially able to work as a notebook with a full-size on-screen keyboard when folded and as a monitor when unfolded and used with an external keyboard.