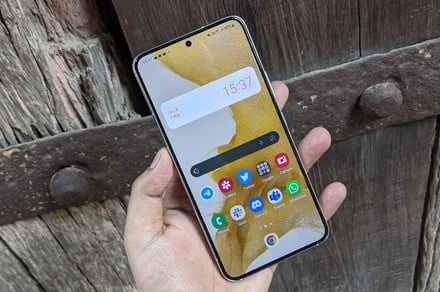 Android’s security branding has never been particularly strong, but a new initiative by the company seems to be changing that by putting all branches of Android security under one umbrella. Posted to the official Android YouTube channel today, a video titled Protected by Android introduces the new branding of the same name.

To be blunt: There’s not much to it yet. Protected by Android is just a phrase that the company seems to be using as a catch-all for its security measures. The phrase appears as the title of the video and in the web address at the very end which promotes protectedbyandroid.com, a link to the “Safety” tab of Android’s official website.

While the video doesn’t feature any new security measures that Google will be taking with its operating system, it does showcase a handful of different security features Android already provides as a nice reminder of what the OS already does for its users. The video showcases Play Protect, a way of verifying apps and keeping harmful malware out of the Play Store, Android’s security update reminders, and its privacy notifications that ask users what information they want each individual app to have access to and when.

As mentioned above, Protected by Android isn’t introducing anything new, but instead uniting Android’s security features under one brand. Now that it has been introduced, it seems likely that the branding along with its green checkmark shield logo will be making frequent appearances in all future Android software updates.

It’s a little curious that the branding wasn’t revealed at last week’s Google I/O alongside other Android software updates. That said, seeing how there isn’t any other new security information to go along with it, the branding announcement might not have fit next to the other major announcements made at the event.

Time will tell what else Google has in store for Protected by Android, but it’s certainly nice to have some level of brand uniformity for Android security moving forward.