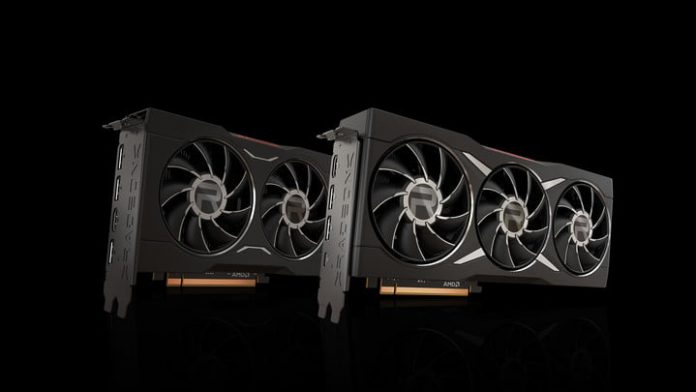 AMD’s Radeon RX graphics cards offer much better performance per dollar than Nvidia’s RTX 3000 series, according to a new chart prepared by AMD.

The chart compares the entire AMD Radeon RX 6000 lineup and pits it against Nvidia’s counterparts, showing that AMD GPUs may be the better option in terms of balancing performance and price. However, it may not all be as simple as that.

As a longtime gamer I’m grateful for the renewed competition in high-end graphics, we all win from it. As an @AMD employee I’m super proud of what our @Radeon team has accomplished. #gamingpc pic.twitter.com/6Rs9kjG9UD

The comparison comes from an official AMD source: Frank Azor, the company’s chief architect of gaming solutions and marketing. The chart highlights AMD’s alleged superiority in two key ways: Performance per dollar and performance per watt. In both of those areas, AMD seems to be a clear winner for each and every GPU comparison, ranging from the most budget options (RX 6400 versus the GTX 1050 Ti) to the top of the line (RX 6950 XT versus the RTX 3090). Nvidia’s best graphics card, the RTX 3090 Ti, was not included on the chart.

Let’s go over the comparisons in a little more detail. Comparing the flagship AMD Radeon RX 6950 XT to the Nvidia GeForce RTX 3090 reveals an 80% frames per second (fps) per dollar advantage as well as 22% better fps per watt. In simpler terms, this means that AMD’s GPU is both cheaper and less power-hungry than Nvidia’s while delivering adequate performance.

The AMD superiority continues throughout the chart with fps gains aplenty, although the best and the worst of the range is where the massive numbers are. Comparing the AMD Radeon RX 6400 to the dated Nvidia GeForce GTX 1050 Ti nets an 89% fps per dollar and a whopping 123% fps per watt gain. The cards slotted in between these two, including budget, midrange, and high-end options, all fall within much more reasonable numbers ranging from 6% to 54%.

AMD’s chart is very interesting for a number of reasons. For one, it’s not exactly news that AMD does manage to make its graphics cards a little more power conservative than Nvidia — that much is clear here, as the majority of the lineup has a lower total board power (TBP). However, things get trickier to judge when we look at the average fps and the pricing.

The frame rate performance of each card can be quite situational. It depends on many things — the game in question, the rest of the system, and the type of benchmark used (if any). It’s a bit like comparing apples to oranges, seeing as both AMD and Nvidia have different architectures and may excel in different areas.

The pricing comparison is also situational. According to the disclaimer at the bottom of the chart, the prices were recorded on May 10 and come from just one store — Newegg. Seeing as the GPU prices are dropping fairly rapidly right now, all of this can still be subject to change, although it’s true that AMD cards are often cheaper than Nvidia’s.

What’s the verdict, then? Is AMD right to claim that it beats Nvidia on the performance-per-dollar front? It’s hard to truly judge without independent testing not conducted by either company, but the fact that AMD prepared the chart at all is quite telling, and it means good things for the market as a whole.

For the longest time, during the worst of the GPU shortage, neither AMD nor Nvidia needed to compete — graphics cards sold out quickly even when overpriced. Seeing that AMD once again is trying to win a larger market share from Nvidia, be it through this chart or its recently reintroduced game bundles, shows that we may be on the road to better days, cheaper GPUs, and more cards in stock.