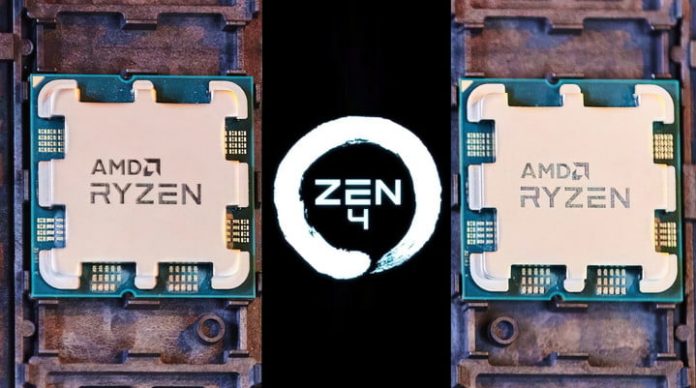 According to the latest rumors, AMD Ryzen 7000 “Raphael” processors may offer native support for DDR5-5600 memory, which is more than currently offered by Intel Alder Lake.

The leaker also provided some extra information: The Raphael lineup will also include Raphael-X 3D processors, implying that AMD may already be bringing back the 3D V-Cache we’ve seen in the AMD Ryzen 7 5800X3D.

The information comes from Twitter leaker KittyYYuko. In a succinct, quick message, they were able to provide quite a lot of material for some exciting speculation. With the launch of AMD Ryzen 7000 processors coming up in a few months, every bit of information is worth examining, but do make sure to maintain some skepticism until AMD itself shares the full specs of the lineup sometime in the future.

According to the leak, the Ryzen 7000 desktop lineup will include both Raphael and Raphael-X. However, only one range of CPUs will launch this year. AMD will release Ryzen 7000 desktop CPUs without 3D V-Cache technology in 2022, and now, the Raphael-X 3D lineup is rumored to follow in 2023, branded as Ryzen 7000X3D.

Seeing as the recent AMD Ryzen 7 5800X3D is doing great and showing off its massive 3D V-Cache in terms of fantastic gaming performance, it’s not exactly a surprise that AMD might want to bring the tech back soon. However, the implication of there being a whole separate Raphael-X line suggests that there may be more than just one such CPU this time around.

The leak also states that both the Ryzen 7000 and the Ryzen 7000X3D lineups will come with native support for DDR5-5600 memory. Previous reports indicated a slower memory spec of DDR5-5200, so we’re seeing a huge increase here. For comparison, Intel Alder Lake’s native memory spec is DDR5-4800, but it’s also expected to support DDR5-5600 upon the release of Intel Raptor Lake in the fall. In short, AMD and Intel will go head-in-head here, after months of AMD being behind due to not supporting DDR5 memory at all.

The leaker talked about the Infinity Fabric Clock Speed (FCLK) of the upcoming processors. Infinity Fabric is AMD’s proprietary interconnection architecture. It’s responsible for transmitting data and control throughout the components that are linked to it. This can refer to the memory controller, and FCLK refers to the speed of that controller. As per the latest leak, the AMD Ryzen 7000 desktop processors will have an FCLK ranging from 1,600MHz to 1,800MHz.

Lastly, the tweet shared a tidbit of information about the upcoming AMD Zen 4 APUs for laptops, dubbed “Dragon Range.” The leak states that these APUs will utilize the AMD Raphael die on the FCBGA-FL1 socket.

As of right now, DDR5 RAM is still expensive in comparison to DDR4, but as time goes on, we will see increased adoption of the new technology. As other leaks state that AMD Ryzen 7000 may not support DDR4 RAM at all, the above news is somewhat bittersweet — the CPUs will offer quicker speeds, but may not let you choose between the more budget-friendly DDR4 and the pricey DDR5.