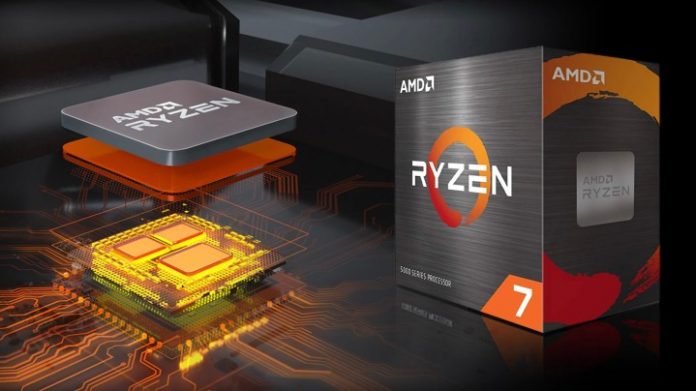 AMD’s upcoming Ryzen 7000 processors are the first to come with integrated RDNA 2 graphics, but they aren’t built for gaming and won’t replace the company’s gaming-focused APUs. Following its Computex 2022 keynote, AMD director of technical marketing Robert Hallock confirmed that CPUs and APUs will live side by side in the future.

“We still think of Ryzen 7000 series as CPUs,” Hallock told Digital Trends in an interview, “because we view [integrated graphics] as distinct from APUs with a big graphics engine capable of playing games, and both those designs will exist in our roadmap into the future.”

Instead of playing games, the integrated RDNA 2 graphics in Ryzen 7000 CPUs are built for convenience and for mainstream customers. AMD confirmed that each Ryzen 7000 CPU will have a set number of RDNA 2 cores: Two. That’s only a third of the number for the lowest-end integrated graphics inside Ryzen 6000 CPUs, which pack in six RDNA 2 cores.

There are a few advantages for integrated graphics in Ryzen 7000 CPUs outside of gaming, according to Hallock. First, they offer video encode and decode capabilities directly on the processor, which Hallock says is the “primary” benefit of including them. In addition, they offer recourse for troubleshooting without a discrete GPU.

“From a diagnostic point of view, say you have a bum graphics card. Now you’ve got some integrated graphics on Ryzen that you can use to double check or post the system,” Hallock said “Or if you haven’t received your discrete graphics card yet, it’s still in the mail. At least I’ve experienced this, where I have a pile of parts and can’t do anything with them because the GPU hasn’t arrived yet.”

Ryzen 7000 is the first generation to include integrated graphics, which Intel has included on its processors for several generations. Hallock says the inclusion is more for convenience, however, and they won’t further segment the range. Intel, for example, offers F-series CPUs without integrated graphics for a slightly cheaper price.

Hallock says that’s not the plan for Ryzen 7000: “We don’t plan to. I mean, anything could happen with yields and fallout, but we don’t have any plans to do that.”

Instead of focusing on gaming, the RDNA 2 graphics cores in Ryzen 7000 processors live on a 6nm I/O below the two core clusters. This die is at the heart of Ryzen 7000, allowing it to access 24 PCIe 5.0 lanes on X670 motherboards, as well as up to 14 USB ports running at 20Gbps.

Ryzen 7000 is set to launch this fall, and we still don’t know what models are coming. AMD teased its performance during its Computex 2022 keynote, however. The company showed the processor boosting to 5.5GHz in Ghostwire Tokyo, as well as beating the Core i9-12900K in Blender by completing a render in 31% less time.

The new generation marks the launch of the new AM5 socket, which brings improvements like DDR5 and PCIe 5.0 to the platform. We expect several more announcements concerning Ryzen 7000 over the coming months as we get closer to launch.

AMD Ryzen 7000 will ‘end the stalemate’ on high DDR5 prices

How to update your BIOS