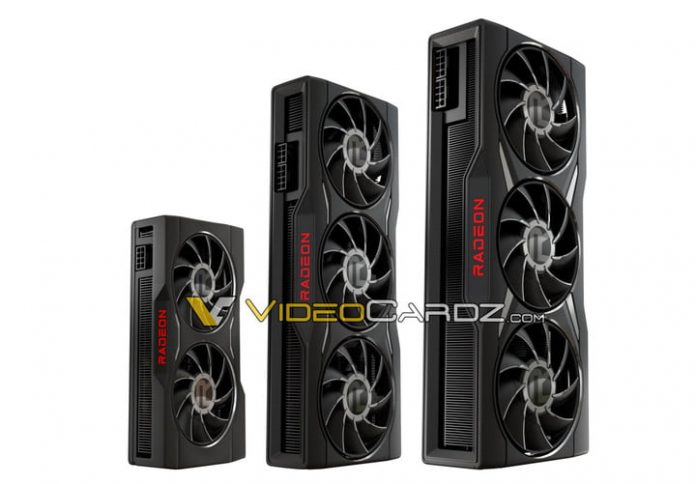 The first synthetic benchmarks of the upcoming AMD RDNA 2 graphics cards have just leaked, and some of the tests look very promising for AMD.

According to these benchmarks, the AMD Radeon RX 6950 XT may be able to compete against the Nvidia GeForce RTX 3090 Ti.

We’re days away from the rumored launch of the AMD Radeon RX 6000 “RDNA 2” refresh. The lineup includes three graphics cards: The Radeon RX 6950 XT, the RX 6750 XT, and the RX 6650 XT. Although the official, undisputed performance of these graphics cards still remains to be seen, synthetic benchmarks from 3DMark leaked out, giving us a good indication of what to expect from these new AMD products.

The new AMD GPUs have been tested on a platform including the AMD Ryzen 7 5800X3D processor as well as DDR4-3600 RAM. The drivers in use were the latest Windows 10 version: 22.10-220411n. The tests include various 3DMark synthetic benchmarks, such as Fire Strike, Time Spy, Port Royal, and 3DMark 11. In some of these benchmarks, the new AMD family of cards truly shines.

All the scores come from Wccftech, and for context, the results have been compared to similar cards from Nvidia, such as the RTX 3090 Ti or the RTX 3070 Ti, as well as more budget models to rival the RX 6650 XT.

In that same benchmark, the RX 6750 XT proved to be faster than the RTX 3070 Ti, while the budget RX 6650 XT beat Nvidia’s RTX 3060. The scores remain strong in 3DMark Fire Strike for all three cards, with the RX 6950 XT winning by a large margin over the other two.

The confirmed specifications of the GPUs have been leaked yesterday as we’re nearing the launch. If the rumored pricing checks out, this spells great news for AMD as well as for those of us who want to buy one of the best GPUs. The reference model of the AMD Radeon RX 6950 XT is supposed to be priced at around $1,100, and if it can truly match the RTX 3090 Ti, it will be a much cheaper alternative — Nvidia’s top-of-the-line GPU has an MSRP of $1,999.