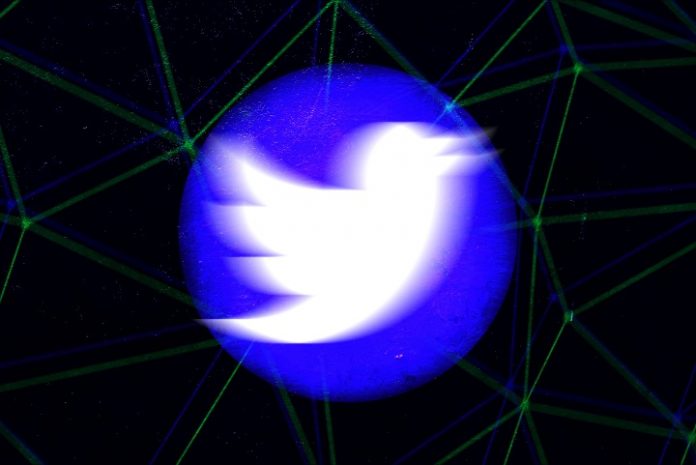 Freedom of speech has always felt like something of a major question mark when it comes to the internet. While there are many laws about it, there are plenty of gray areas as well, especially given how much nuance there is in U.S. speech laws between state and federal legislation.

Recently, a controversial internet anti-censorship law was reinstated in Texas that prohibits social media sites from banning or suspending user accounts for expressing select “viewpoints.” Despite a requested legislative block while the courts decide if the bill is unconstitutional, it is currently in effect, causing many to scratch their heads wondering what happened.

Texas House Bill 20 is a statewide law that seeks to give an answer of sorts to the “right-wing bias” that many Republicans and other conservatives cite as existing within some of the biggest social media websites.

At its core, HB 20 aims to give Texans the right to say whatever they please on social media sites such as Twitter, Facebook, and YouTube without fear of account bans and suspensions even if the posts violate a site’s explicitly stated terms and agreements. If a Texas resident feels that they’ve been wrongfully suspended or blocked from a site for expressing viewpoints that violate its rules, the bill gives them the right to sue the website.

HB 20 was passed in September 2021, but it was blocked from going into effect in December by a federal court district judge. It’s been under review ever since regarding its status as being constitutional but surprisingly went into effect on May 11, 2022. This comes despite NetChoice and the Computer and Communications Industry Association (CCIA) requests for an emergency stay by the Supreme Court.

How did we get here?

Following former President Donald Trump’s Twitter ban in 2021 for his violation of the site’s rules against the incitement of violence, many Republicans became outspoken about the ideas of free speech and censorship on the internet. While conversations about the topic have been happening for years, the Republican party members have been hit with several Twitter bans following their violations of the site’s rules against things such as hate speech and the spreading of COVID-19 misinformation.

As a result, many in the right-wing political sphere see social media moderation to be a form of censorship despite sites like Twitter and Facebook being privately owned platforms with their own explicitly stated rules. While they might feel that they’re being censored unconstitutionally, it might not be the case when the court rulings finally conclude.

Talking to an expert

First Amendment lawyer and director of Case Western Reserve University’s First Amendment clinic Andrew Geronimo gives some background on the role of social media in providing a place for free speech. “It’s not a social media platform’s job to host all speech,” Geronimo told Digital Trends, “Every social media company has its own editorial interests based in cultivating their own userbase.”

“It’s not a social media platform’s job to host all speech.”

Geronimo explains that this is done by removing content from a website that its users are likely not interested in seeing despite the fact that the content is technically safe from censorship as it’s considered free speech. It’s for this reason that things like hate speech or pornography that are protected by the first amendment get screened and removed by social media websites.

Up until HB 20, websites were able to remove content at their own discretion for the simple fact that they were not obligated in any way to provide a platform that hosts “true” free speech. Geronimo says that many Republican lawmakers argue that social media sites, specifically Twitter, are the “new digital public square” because it’s “the most effective forum for speech.” As a result of this mindset, Republicans have become upset over being taken off the sites despite their breaking of the rules.

A contradiction in law

There becomes a problem when thinking about HB 20 and users who receive penalties from a website for breaking the site’s rules. If a user agreed to the ruleset of the site to abstain from posting things like hate speech, scientific misinformation, or the incitement of violence when making an account, it would seem to be within the site’s power for banning accounts that violate their rules. Questions regarding which rules — the new law or a private platform’s terms and conditions — supersede the other have been circling as a result of HB 20.

Geronimo quickly clears the air when it comes to the contradiction. “These are non-waivable rights that (Texans) now have” that cannot be signed away by agreeing to a website’s terms and conditions. In short, regardless of whether or not a Texas resident agreed to a site’s rules, they are not allowed to be censored even upon breaking them.

The reinstatement of HB 20 has caused a stir within social media companies. Right now, the right to sue as the result of an account ban or suspension in the U.S. is exclusive to Texas, but it isn’t too much of a stretch to imagine similar bills being passed in other states across the country. If that were to happen, then social media sites would need to rethink their content moderation strategies and prepare for a loss of users who don’t want to engage with things like hate speech while on the internet.

Geronimo expects that HB 20 and future laws following its lead could act as major roadblocks for smaller social media sites looking to get off the ground. “It’s a dangerous position to put them in,” he explained, “entities or even people who make decisions based solely on whether they can get sued for them are very likely to make more radical decisions than we would otherwise make.” This could cause a surge of users to make radical content explicitly prohibited by a website for the simple fact that they can’t be touched for it.

That can take a dark turn very quickly. Just last week, a white supremacist took to the streaming website Twitch where he live-streamed himself committing mass murder killing 10 people inside a Buffalo, New York supermarket. Twitch was quick to remove the stream as it was happening, less than two minutes after the shooter began to open fire.

The stream obviously violated multiple Twitch guidelines, but Geronimo points out that “there’s a very strong argument that this Texas law would have required Twitch to keep that up.” That’s not to say that it’s right or shouldn’t have been removed, but that technically under the law if it were applied to every state, Twitch wouldn’t have the grounds to remove it.

To say the least, HB 20 is a very controversial law, but it’s not being accepted as final, far from it. NetChoice and CCIA are continuing to challenge the constitutionality of the law saying, as Geronimo puts it, “the general public could be harmed irreparably if you let this law go into full effect.” As it stands right now, HB 20 is currently “live” but both NetChoice and CCIA are appealing to the Supreme Court asking it to reinstate the stay that would pause the law once more as litigation of the bill continues.

While far from the final voice needed to make the decisions about HB 20, from Geronimo’s perspective, it’s still “very preliminary.” To him, there are still far too many questions about it and instances where it could do far more harm than good making its finalized approval seem possibly unlikely.