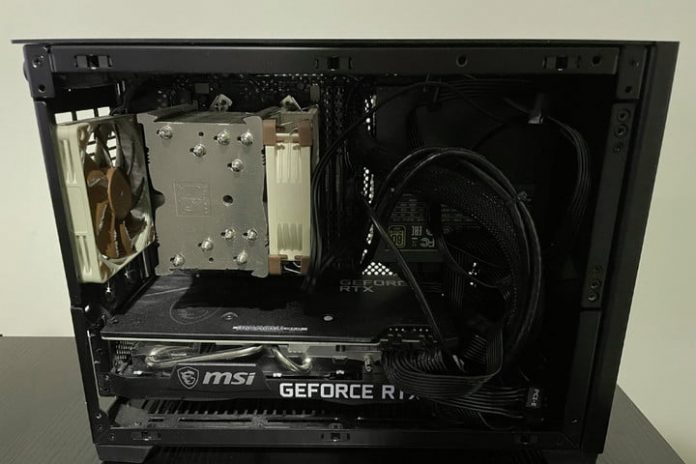 I did it. I have committed the cardinal sin among PC gaming enthusiasts.

I have ditched my relatively powerful gaming PC in exchange for the breezy console life — and also threw in a new MacBook Pro while I was at it.

I know how it sounds, but give me a chance to explain. My reasons won’t work for everyone, but I’m already loving my life away from my gaming PC, even if it won’t last forever.

My journey into PC gaming

I started my PC gaming journey in 2016 with the purchase of an Alienware 15 R3 after 26 years as a strictly console gamer. Although it was a big and heavy (despite being slimmed down from the previous version), I enjoyed being able to finally get superior frame rates and graphics compared to the Xbox One or PS4. However, the allure of desktop gaming and the ability to swap out components instead of being stuck on whatever the laptop was configured for was too much to resist. I needed to build my own computer, and that was where my journey truly began.

My upgraded PC allowed me to do everything from record and edit my own YouTube videos to delve into older PC games I’d missed out on like Borderlands 2, Jade Empire, Half-Life, CS:GO, and Vanquish. I even happily left my controller behind on Call of Duty sessions to fully embrace mouse and keyboard.

So why in the world would I give up my gaming and productivity powerhouse go to the “dark side” that is Apple and consoles? In a word: Simplicity.

The convenience of console gaming

When I first got into PC gaming, I really enjoyed being able to get higher frame rates at higher resolutions and fidelity than the consoles. However, after purchasing both the PS5 and Xbox Series X, I’ve been able to appreciate the newer features that I can’t get on PC. For example, quality of life features like Instant Resume on the Xbox Series X make playthroughs of longer games more palatable since my gaming time is very limited. The Xbox Series X even has AMD’s FidelityFX Super Resolution upscaling tech thrown in for good measure.

Instead of fiddling around with numerous settings to try to get the perfect frame rate, I can just choose “Performance Mode” on my console. Instead of dealing with unpolished PC ports, graphics card driver problems, and random issues with games that have to account for any number of PC configurations, I can play a game that was specifically made for the console itself.

Because I owned both a gaming PC and an Xbox Series X, I could do direct comparison of Xbox Game Pass titles since they were native to both platforms. I distinctly remember playing Guardians of the Galaxy on the PC only to have it crash and corrupt my save file. I experienced no such issues on the Xbox. I realize that’s anecdotal. Many people have enjoyed that game on PC, but this one bugged me in particular — and it’s an example of the kind of thing that just happens sometimes on the PC.

Don’t get me started on all the game launchers required for PC gaming.

It goes beyond just the typical complaints about PC gaming. My family and I like to play games together. Recently, my daughter and I finished up It Takes Two, a cute yet surprisingly mature take on divorce and the effect it has on children. You can technically play online with another person, but I can’t do that with my daughter as she doesn’t have a gaming PC. Playing on the couch together allowed us to bond together and yell at each other when we’re trying to get past levels that require cooperation.

The PS5’s DualSense controller has been a literal game changer in some cases. Many games I’ve played such as Ratchet & Clank: Rift Apart take advantage of the triggers to finely tune shooting or carefully modulate some game mechanic that requires precision. Most of the games on PC don’t have that level of integration with the DualSense controller ,with the possible exception of PC ports of PlayStation-exclusive games like God of War or Horizon Zero Dawn.

Don’t get me started on all the game launchers required for PC gaming. Sure, something like GOG Galaxy is a decent stopgap, but even that isn’t a perfect solution because you still have to install the separate launchers. The more I played on the Xbox Series X and PS5, the more I realized how much I missed the plug-and-play simplicity of console gaming.

The power of the MacBook Pro

At this point, you may be asking yourself why didn’t I just buy a gaming laptop. There are certainly plenty of excellent gaming laptops out there, but for my purposes, the current crop of MacBooks with Apple Silicon made a lot more sense. Again, it comes down to simplicity and convenience.

In my previous setup, I split my time between my gaming desktop and the iPad Air. I used my desktop for heavy-duty and labor-intensive tasks like gaming, video editing, and writing (because typing using a mechanical keyboard is more comfortable than the Magic Keyboard for iPad). My iPad Air was used for everything else like browsing the internet and reading. This setup worked, but since my gaming desktop was in the basement, I always had to go down there to do any real work.

The MacBook Pro fixes that problem.

My MacBook Pro of choice was the 16-inch version with the M1 Pro. It’s big enough that I won’t necessarily need an external monitor, but still compact enough to carry around. The M1 Pro has been more than enough for serious audio/video editing and has flown through any other productivity task I’ve thrown at it. Apple finally added back all of the right ports (including a handy HDMI port) and thanks to the excellent keyboard, writing never feels like a chore.

Best of all, I can take it anywhere I want and still get the same power, even unplugged. I couldn’t do that on either my gaming desktop or even my iPad Air. In a world where remote work is more prevalaent than ever, I appreciate the ability to take my work wherever I want.

The MacBook Pro also provides the ecosystem benefits of sticking with Apple products.

Having the MacBook Pro also provides the ecosystem benefits of sticking with Apple products. Along with the iPad Air, I also have an iPhone 12 Pro, AirPods, Apple TV, and an Apple Watch Series 7. My family also uses Apple products. This makes it much easier to sync everything together, with the obvious exception of my Windows 11 gaming desktop. Switching to a MacBook Pro allows me to take advantage of the ecosystem benefits while having something portable that I could use throughout the house and on the go.

Unfortunately, between work, family, and other outside obligations, I just don’t have the time (or money) to maintain a gaming PC. Having a powerful laptop that plays well with the Apple ecosystem, along with the tangible upgrades of the PS5 and Xbox Series X, makes my life both simpler and more convenient.

Not done with PC building

Lest I sound like an Apple commercial, my PC building days aren’t completely done. I still get the itch to build and still gaze longingly at CPUs, graphics cards and cases while I’m at Micro Center.

In fact, since graphics card prices seem to be finally going down, I will likely build another computer this year for my daughter as either a birthday or Christmas gift. Will I ever go back to PC gaming? Never say never. But for now, the combination of a MacBook Pro and an Xbox makes my setup far more adaptable — and for now, I’m not looking back.