The best VoIP phone systems for businesses large and small 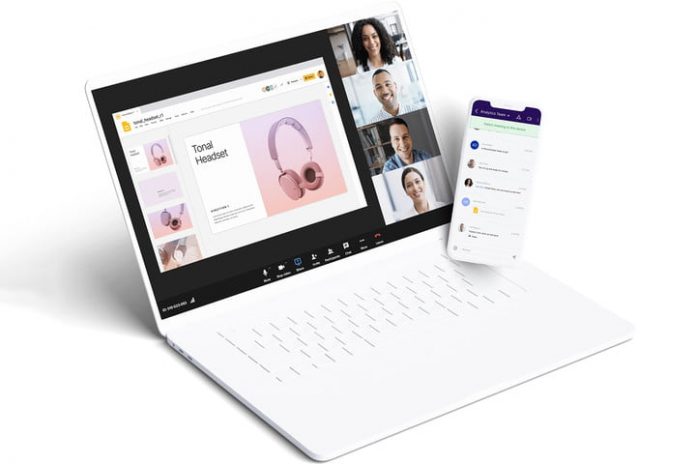 Whether you run a small business out of your home, you manage a large company with hundreds or thousands of people, or you’re in charge of an enterprise that falls somewhere in between those, a VoIP service can do a lot. VoIP, short for Voice over Internet Protocol, essentially integrates all of your inbound, outbound, and internal communications into a single service platform that operates entirely over your high-speed internet rather than traditional landlines. If you’re looking to streamline your company for the digital age and better coordinate teamwork between your colleagues, here are the best VoIP phone systems out there right now.

If you want to cut right to the chase to the best of the best VoIP services, then look no further than RingCentral, which has been our favorite for a few years running now. Its VoIP packages are offered in its MVP (message, video, and phone) plans, which start at $20 per month per user depending on the tier and how many people will be using the network. There are four RingCentral MVP plans and all of them offer toll-free numbers, unlimited text messaging and calls within the U.S. and Canada, team messaging, cloud file sharing, and voicemail transcriptions.

Advanced plans unlock added features like advanced call handling functions like call monitoring and hot-desking, third-party software integrations (with workflow and e-commerce apps such as Slack, Microsoft Teams, Microsoft 365, Amazon, Oracle, Salesforce, and Zendesk, to name only a handful of many), video conferencing, call and meeting recording, and call analytics. RingCentral also supports cloud-hosted private branch exchange (PBX) and allows you to adapt your legacy PBX system, if you have one, to your RingCentral plan.

RingCentral MVP works on laptops and mobile devices, and you can use it with integrated VoIP phones as well. There’s a 30-day trial period for all plan tiers and there’s also the RingCentral Video plan that allows for free unlimited video calling.

Ooma Office is another top choice among the best VoIP phone systems and is similar to RingCentral in a lot of ways. It’s one of our favorite options if you’re specifically looking for an integrated communications package for use with physical VoIP phones, and you can even adapt your analog phones for use with your Ooma Office plan. Of course, you can do everything via the Ooma Office mobile app if you want, just as with other VoIP services. Whether you’re managing a team of remote workers or setting up a new phone system for a physical brick-and-mortar business, Ooma Office can help.

Ooma Office also employs cloud-based PBX, and if you’re using physical phones in your business, you can either adapt your existing analog phones for use with Ooma or you can buy new VoIP phones directly from the company. These VoIP phones allow for a lot more functionality than traditional analog phones, allowing you to do things like make video calls. There’s also a 30-day trial period for the Ooma mobile app.

Nextiva consistently ranks among the best VoIP phone systems for businesses, and it’s a cost-effective option for larger companies or ones that are expecting considerable growth in the future. That’s because it offers one of the better pricing tiers, as well as an allowance for unlimited users even on its most basic plan (unlike RingCentral, which caps the number of users you can have on its entry-level service tiers).

Nextiva is an all-in-one cloud-based VoIP service and offers cloud PBX (you can adapt a legacy PBX system to Nextiva as well). As with RingCentral, Nextiva offers four service packages. All of them feature unlimited voice and video calls, internet fax, an auto-attendant, toll-free numbers, voicemail-to-email, and apps for both desktop and mobile. As you would expect, more advanced features like third-party software integration, call analytics, video conferencing, and voicemail transcription are locked behind the higher tiers. Unlimited text messaging isn’t available on the basic Essentials plan, either; you’ll have to upgrade to the second-tier “Professional” plan for that, which is a drawback.

There’s only a seven-day free trial period for Nextiva, though, and that’s only for the Essentials plan, so unfortunately you can’t really give the full service a spin for very long. You also have to commit to a yearly subscription to get the lowest per-user price, but that’s usually the case with VoIP services in general. Nonetheless, Nextiva is a great VoIP phone system for businesses or any size, and especially for larger and growing enterprises looking to streamline their communications systems for the digital age.

GoTo Connect is all cloud-based, so you can take advantage of cloud-hosted PBX if you’re looking to upgrade or replace an existing on-premise PBX system. There’s a 14-day free trial period for the Standard plan as well. Pricing is comparable to the other best VoIP phone systems we’ve mentioned, and as with those, you’ll get a better price when you have more users on your plan and if you opt to pay annually.

Last but not least on our roundup of the best VoIP phone systems is 8×8. It offers three service tiers for small businesses — 8×8 Express, x2, and x4 — as well as three expanded “Contact Center” packages for larger enterprises, so it’s a flexible fit for companies of pretty much any size. All of the plans cover the basics and include unlimited calling in the U.S. and Canada, mobile and desktop apps, video calls, an auto-attendant, call routing, and voicemail.

The most popular plan is the 8×8 x2 package, which adds unlimited calling to 15 countries, SMS and team messaging, and video conferences for up to 500 participants. This plan also adds integration with popular workflow apps such as Slack and Microsoft Teams. Upgrading further to the 8×8 x4 plan gets you more advanced call handling features, expanded CRM integrations, call analytics, and unlimited calls to 48 countries. Your 8×8 plan can be entirely cloud-based (including a cloud-hosted PBX), or you can use it with IP phones such as the ones the company sells directly.

8×8 is very competitively priced and offers the lowest per-user price of all of our picks, with the cost starting at $15 per month for the entry-level 8×8 Express tier. You can also give this package a free tryout for 30 days if you want to see what 8×8 has to offer before committing to a subscription plan.