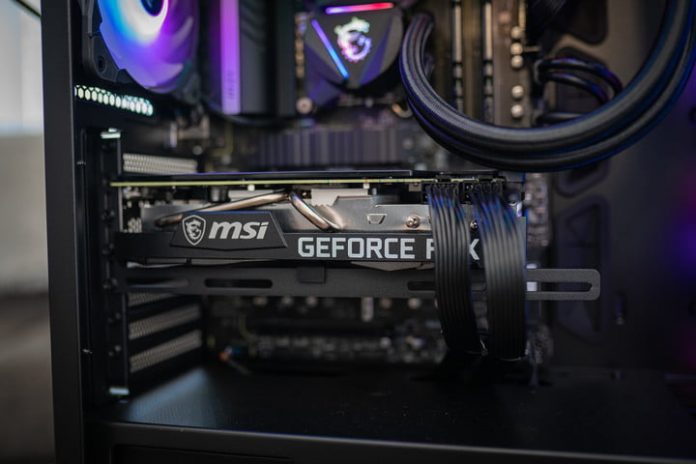 March was a massive month for PC gamers. GDC brought deep insights into the future of graphics technology, GPU prices crashed, and Nvidia and Intel launched new graphics cards. This month set the tone for 2022, and PC gamers have a lot to look forward to.

There weren’t any one-off stories this month, with most announcements and releases receiving several follow-ups. To get you up to speed, I have rounded up the most important PC gaming news from March and what it means for the future of the hobby.

GPU prices crash down to Earth

The biggest news for PC gamers in March had to do with falling GPU prices. At long last, it seems graphics cards are nearing list price, with some cards actually selling for list price. I never thought I’d be excited about paying the asking price for products that are a year-and-a-half old, but here we are.

At the beginning of the month, I actually recommended not buying a GPU right now, despite falling prices. A few weeks later, prices have dropped significantly, and all trends point them to returning to normal some time in the next few weeks.

It’s time to celebrate, PC gamers. You can finally buy a graphics card.

You can buy a graphics card, but probably not Nvidia’s latest. The company launched its RTX 3090 Ti near the end of the month. It’s the halo product that Nvidia fans have been waiting for, but it comes with some worrying signs for the future of PC graphics.

As rumors suggested, it comes with massive power requirements. The base model calls for 450 watts on its own, and some third-party cards need power connections capable of delivering up to 1,200W of power. The next-gen RTX 4080 could have high power requirements, too, so the future of PC gaming looks … hot.

It looks expensive, too. GPU prices are falling, but the RTX 3090 Ti is selling for an obscenely high price. Toward the end of the month, Nvidia even boasted to investors about customers spending $300 more on a graphics card on average.

Microsoft finally opened its DirectStorage API in March, allowing developers to implement the loading tech into their games. We don’t have any DirectStorage games yet, but developer Luminous Productions showed off the technology at GDC, claiming it could help Forspoken load in as little as 1 second.

According to the developer, that’s not even the full benefit of DirectStorage. Luminous Productions says it was able to eliminate I/O bottlenecks, but the future of DirectStorage will also include GPU-accelerated file decompression. That could help kill loading screens in PC games for good.

More than that, DirectStorage frees up a lot of CPU power. A developer video explaining the tech claimed that it could reduce CPU overhead by as much as 40%. DirectStorage will help your games load faster, but it may help them run faster, too.

Nvidia Deep Learning Super Sampling (DLSS) has been the de facto upscaling tech for nearly three years, but it has stiff competition on the horizon. AMD announced FidelityFX Super Resolution (FSR) 2.0, which looks like a massive improvement over the first version. Finally, DLSS may be dethroned.

Intel also provided details on its XeSS upscaling technology, which works with GPUs from multiple companies, unlike DLSS. By the end of the year, we’ll have two branded upscaling options that work across graphics cards and could provide image quality on par with DLSS.

The strongest evidence for DLSS becoming obsolete, though, is Ghostwire Tokyo. It’s the first game to ship with Unreal Engine’s Temporal Super Resolution (TSR), and it looks almost identical to DLSS. Even better, it works with any modern GPU or console, and Unreal developers can easily implement it in their games.

A new challenger for GPUs

The decades-old battle between AMD and Nvidia got a shake-up in March. Intel launched its first discrete graphics cards, called Arc Alchemist. In addition to performance, Intel announced a range of features the GPUs will support, including DirectX 12 Ultimate, AV1 decode, and the XMX A.I. accelerators.

We only have laptop GPUs for now, but Intel provided a tease of the design for its upcoming desktop cards. The future of PC gaming looks like a three-way race, which should hopefully help spur more competition than we’ve seen over the past several generations.

That’s only if Intel can get the cards up to snuff, though. AMD wasn’t content to let Intel get the upper hand, so the company publicly released its own benchmarks comparing Intel’s new mobile GPU to one of AMD’s own. And the results aren’t great, with AMD’s lowest mobile GPU obliterating Intel’s.

We have a new challenger in the world of graphics cards … at least for now.