HomeNewsRay tracing on Steam Deck is possible, but there’s a catch
News

Ray tracing on Steam Deck is possible, but there’s a catch 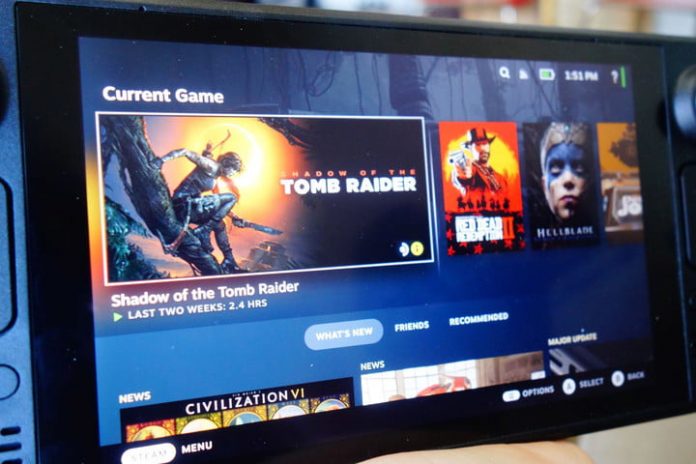 Given the low-power nature of AMD’s graphics inside of Valve’s  Steam Deck, features like ray tracing seem impossible. However, the mad lads at Digital Foundry demonstrated that ray tracing on the Steam Deck is indeed possible — as long as you’re running Windows, that is.

Richard Leadbetter put out a video on the Digital Foundry YouTube channel detailing how he got it working. It was a somewhat painstaking process of wiping SteamOS, installing Windows 10 to do testing, then reinstalling SteamOS. Fortunately, there are at least official Windows 10 drivers from Valve, which opens up entirely new possibilities. These drivers weren’t available when the device first launched.

As it stands now, games running either on SteamOS natively or through the Proton compatibility layer have ray tracing options turned off. Running Windows 10 via the official drivers allows games to recognize the RDNA 2 cores on the APU and unlock ray tracing. Of course, implementing ray tracing requires a few sacrifices in resolution, namely around 540p.

Leadbetter tested out a few ray traced-enabled games such as Quake II, Control, Metro Exodus, and Doom Eternal. He was able to achieve 60 frames per second (fps) on Quake II with full ray tracing at a hilariously blurry 252p resolution. Metro Exodus was a little better at 504p and using the game’s temporal anti-aliasing upscaling (TAAU) to offset the ray tracing performance penalty.

Given the partnership between Valve and AMD, it wouldn’t be surprising to see some implementation of ray tracing alongside AMD’s FidelityFX Super Resolution (FSR) on the Steam Deck. The Xbox Series X is already confirmed to use FSR 2.0 (though it’s still unconfirmed for the PS5 despite similar APU architectures). Using FSR 2.0 would go a long way toward implementing native ray tracing on SteamOS games.

Ars Technica opined that since AMD is taking many aspects of TAAU for its FSR 2.0 implementation, it wouldn’t be hard to implement that on the Steam Deck. In fact, the Steam Deck already supports FSR 1.0.

The Steam Deck is a valiant first try from Valve and demonstrates a way to untether PC gaming from its traditional desktop roots. However, as a first-generation product, it suffered from a few glaring problems like buggy software and terrible battery life. The addition of Windows drivers have ironically turned a SteamOS device into an excellent ray tracing powerhouse.