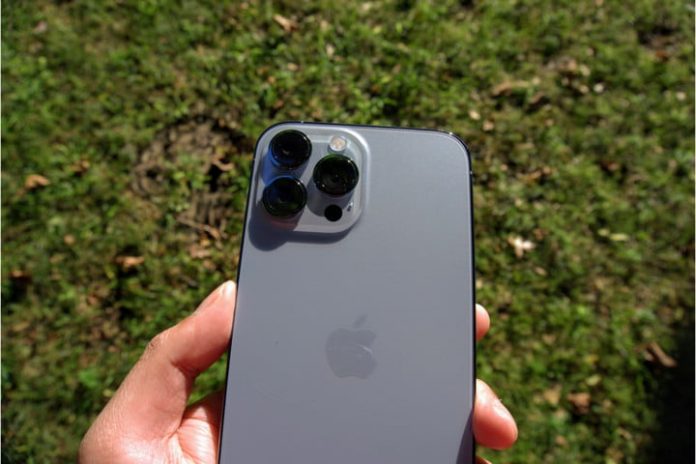 The OnePlus 10 Pro is the first smartphone OnePlus has released since its merger with Oppo, and it finds the Chinese tech firm combining the long-running strengths of the OnePlus series with some Oppo-centric software features. This means it treats users to a lovingly designed phone with a crystalline display, powerful internals, a versatile camera, and fast charging, while also including some operating system quirks taken from Oppo’s ColorOS software. Taken together, they make for a distinctive experience, and one of the best you’re likely to find on an Android device this year.

Of course, the OnePlus 10 Pro is saturated with potential rivals, with the iPhone 13 Pro Max probably being the most fearsome on the iOS side of the equation. The latter is arguably as close to a perfect phone as you’re going to find in 2022, offering sharp looks, an inviting display, lightning-fast performance, a great camera, a strong battery, and effortless software. The OnePlus, therefore, has its work cut out if it wants to beat the iPhone in a head-t0-head comparison test, which we detail below.

The OnePlus 10 Pro looks a little different from previous models in its series without being a massive departure. The camera module now has a neat two-by-two squarish format, comprising three lenses (and a flashlight) and an underlying panel that slots smoothly into the rest of the phone’s rear. It looks artfully subtle and stylish, and arguably makes the 10 Pro one of the prettiest Androids out right now.

With the iPhone 13 Pro Max, Apple revisits the exact same design as the iPhone 12 Pro Max. It has squared sides, a glass back, and a rear camera module with its three lenses arrayed in a triangular formation. The only real difference is that its notch (at the top of the display) is now 25% narrower, making it a little less obtrusive. Otherwise, it doesn’t betray any real imagination or creativity, so while it looks perfectly nice, it may disappoint those looking for innovation.

Both devices sport a 6.7-inch display. There are several important distinctions, however. First, the OnePlus 10 Pro’s display comes with 3216 x 1440 pixels (giving you 525 ppi), while the iPhone 13 Pro Max has 2778 x 1284 (or 458 ppi). The higher resolution provides the OnePlus with greater sharpness, something helped by its ability to display a billion colors at once. Not only that, but the fact it has an AMOLED display also allows it to display deeper blacks, giving it extra vibrancy. This gives it a slight edge over the OLED-based iPhone, although each phone supports a (pleasingly smooth) 120Hz refresh rate, so difference in overall quality isn’t massive.

Unfortunately for OnePlus fans, the 10 Pro doesn’t have an official IP rating. The iPhone 13 Pro does, however, with its IP68 certification indicating the ability to survive in up to 1.5 meters of water for half an hour. This means that, even with a slightly more enjoyable screen, the OnePlus can only tie this round.

The OnePlus 10 Pro is powered by the Qualcomm Snapdragon 8 Gen 1 processor. This is manufactured using 4nm transistors, allowing Qualcomm to fit more of them into the same amount of space, which translates into faster performance than chips using 5nm, 7nm, or 8nm transistors. In theory, this should mean that the 10 Pro is faster than the iPhone 13 Pro Max, which carries an A15 Bionic chip that uses a 5nm process. However, even if the OnePlus has 8GB of RAM and the iPhone has “only” 6GB, the two phones exhibited equally fantastic performance. This is largely because of how iOS makes more efficient use of RAM and internal hardware.

Both phones come with 128GB of internal memory as standard and can be bumped up to 256GB and 512GB for more money. With the iPhone 13 Pro Max, you can even go up to 1TB, but prepare to spend an extra $500.

Turning to battery power, the OnePlus 10 Pro houses a 5,000mAh battery, while the iPhone 13 Pro Max has a 4,352mAh cell. As with the processors, this numerical difference in battery size doesn’t really translate into a difference in performance. That’s because the iPhone 13 Pro Max can easily last two days when subjected to light-to-moderate usage, which is pretty much the same as it is for the OnePlus 10 Pro. In fact, the iPhone 13 may be a tad more long-lasting, which is a testament to the battery optimizations Apple has introduced with iOS 15.

On the other hand, the OnePlus 10 Pro offers fast charging at either 65W (if you’re in the United States) or 80W (if you live anywhere else). This enables you to charge from 40% to 100% in around 15 minutes, something which the iPhone can’t match with its 20W charger (which you’ll also have to purchase separately). Still, with Apple’s device lasting just a touch longer, we’re calling another tie.

The OnePlus 10 Pro comes with three rear lenses, a 48MP main camera, an 8MP camera for telephoto scenarios, and a 50MP ultrawide lens. This is the same basic setup as found on the iPhone 13 Pro Max, although the latter’s main, ultrawide, and telephoto lenses all come in at 12MP.

You might think that more megapixels equal more photo quality, but Apple proves this isn’t the case. Thanks to a mix of sensor-shift OIS (optical image stabilization) and dual pixel PDAF (phase-detection autofocus), as well as a range of software tricks, the iPhone 13 Pro Max takes some truly stunning photographs. Its main camera lens is particularly excellent and can take great shots regardless in the vast majority of environments, including in low light.

This isn’t always the case with the OnePlus 10 Pro. While its main 48MP lens does generally take some perfectly attractive pics, its ultrawide and telephoto lenses aren’t quite as useful as the iPhone’s. They both often fail to balance shots in terms of colors and exposure and can introduce a little noise, especially when using the special 150-degree ultrawide mode.

Overall, the iPhone 13 Pro Max is more useful and dependable as a camera, given that you can pretty much point it at anything and achieve good results.

The OnePlus 10 Pro’s operating system is Android 12, with OxygenOS 12 running over the top. The latter is usually one of the better Android skins on the market today, yet OnePlus’ merger with Oppo seems to have changed it for the worse. In particular, it seems to have included several aspects of Oppo’s ColorOS, some of which aren’t that welcome. This includes semi-regular interruptions and prompts, an occasionally overwhelming range of customizations for features, and less-than-tidy app layouts. There are also unreliability bugbears, such as WhatsApp appearing to ignore incoming messages and the stubborn displaying of old notifications.

Looking at the iPhone 13 Pro Max, it uses iOS 15, the main strengths of which are arguably its simplicity, reliability, and user-friendliness. There are also a few welcome additions in contrast to iOS 14, including a Focus mode that lets you set personalized do-not-disturb modes for particular situations and times of the day (e.g. working, socializing).

Updates also work in the iPhone 13 Pro Max’s favor. With the iPhone, Apple will likely support you for around six or more years (judging by the fact that the iPhone 6S received iOS 15), while OnePlus has committed to only three years of core software updates with the 10 Pro.

Both phones support 5G. However, the OnePlus 10 Pro has support only for the slower sub-6Hz bands, whereas the iPhone 13 Pro Max also works with the faster mmWave 5G frequencies. This means that you’ll get faster download speeds from the iPhone, something which may be disappointing in 2022.

Still, the OnePlus does include a few other special features to partly compensate for this lack. OnePlus’ partnership with Hasselblad results in the camera including a few interesting novelties, such as the aforementioned 150-degree ultrawide mode, as well as a RAW mode that lets you capture a natural shot and then edit it later. There’s also OnePlus’ Zen Mode, which removes distractions, and HyperBoost Gaming, which heightens the phone’s performance so that you can get the most out of games.

With the iPhone 13 Pro Max, most of its special features are now quite well-established. This includes Face ID and support for MagSafe accessories, which despite being useful, aren’t especially exciting.

The OnePlus 10 Pro begins from $899 and can be ordered from OnePlus. It’s supported by T-Mobile in the U.S. and will be widely available through third-party electronics retailers.

The OnePlus 10 Pro is one of the best Androids you’re likely to see this year, but the iPhone 13 Pro Max is a superior phone overall. It has better durability, a truly fantastic camera, a slightly longer-lasting battery, more reliable software, and support for the fastest 5G speeds. Sure, the OnePlus is a very good-looking phone and has a gorgeous display, yet otherwise, it either only matches the iPhone or falls down. Then again, it is a little cheaper than Apple’s flagship device, and if you prefer Android, it may be the way to go.