HomeNewsMeta wants its next VR headset to replace your laptop
News

Meta wants its next VR headset to replace your laptop 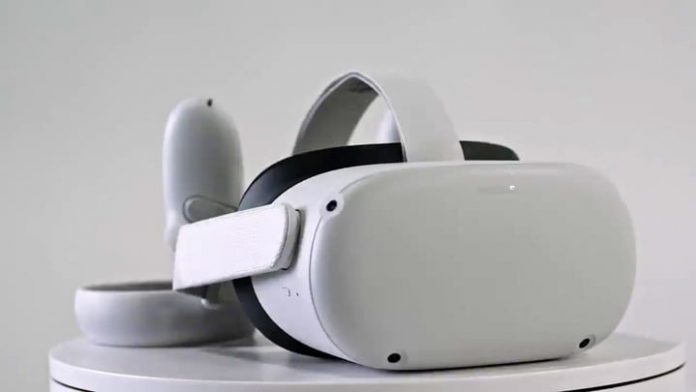 Mark Zuckerberg wants the announcement of his company’s next premium VR headset to be an “iPhone moment” — a defining shift for virtual reality with mass consumer adoption of the technology. To achieve that vision, Meta, the company that Zuckerberg helms, will first start by replacing your trusty laptop with goggles.

Meta, which owns Facebook and the company and technology behind Oculus, is working on an unannounced premium virtual reality headset called Project Cambria, which the company briefly teased at its Connect conference. Project Cambria comes with new technology that isn’t yet available on current VR headsets, like eye-tracking and facial recognition monitoring to record your facial expressions — as well as new optics.

When incorporated into the headset, Zuckerberg and company hope that this new high-end mixed reality experience will help you work, communicate, and collaborate more effectively in the corporate metaverse. You just can’t escape work, even in the metaverse, if Meta has its way.

Describing Project Cambria as a headset that’s primarily geared for enterprise use during the company’s most recent earnings call, Zuckerberg said that, ultimately, the experience will “[replace] your laptop or work setup,” TechCrunch reported.

The technology behind Project Cambria was previously teased during Meta’s recent Connect conference, in which executives claimed that it would cost more than the $299 mainstream Quest 2 headset.

Zuckerberg’s venture into the metaverse isn’t too surprising. He had spun out Facebook’s parent company into a new corporate entity called Meta, while shifting the overall focus from social media — Facebook also owns WhatsApp and Instagram — to the metaverse. The CEO revealed that ad revenue from the social media companies will be funneled to build out Meta’s vision for the future of augmented and virtual reality.

And these investments will likely weigh down on Meta’s growth in the future. The company reported losses of nearly $3 billion in the first quarter of 2022 across all businesses, but Reality Labs, Meta’s augmented reality division, itself reported losses of more than $10 billion.

“It’s not going to be until those products really hit the market and scale in a meaningful way, and this market ends up being big, that this will be a big revenue or profit contributor to the business,” Zuckerberg said in the call, as reported by TechCrunch. “This is laying the groundwork for what I expect to be a very exciting 2030.”

When it launches, the company’s enterprise-focused virtual reality glasses will likely have to compete against Microsoft’s HoloLens, HTC’s Vive headset, and various other consumer VR, AR, or mixed reality glasses. Even Apple is rumored to enter the space, though its efforts at commercializing augmented reality has seemingly been met with delays.

But ahead of Project Cambria’s launch, Meta is rumored to be working on another headset called Nazare, which could launch and ship as early as 2024. In a recent profile, Nazare is said to deliver a full AR experience, wide field of view, 3D graphics, and a design that would make it acceptable to be worn in public. The Verge reported that Zuckerberg has taken a personal interest in the project, and that no expense was spared.

Despite an intense focus on virtual reality, Meta is a company with an executive team that’s been in flux. There have been a number of high profile departures. To stabilize things, Zuckerberg had installed Facebook veterans into key roles and made smart acquisitions and hiring decisions, including poaching Don Box, a technical fellow from Microsoft who now works on software engineering for glasses at Meta.

Whether steep losses could be sustained as a result of Meta’s investment in augmented reality before investors get spooked remains to be seen. For now, Zuckerberg bullishly states that he is positioning Meta as “the premier company for building the future of social interaction and the metaverse.” Zuckerberg doesn’t anticipate that these investments will pay off, at least not until the 2030s.

“This is laying the groundwork for what I expect to be a very exciting 2030,” he said, a sentiment that was echoed at the recent Connect conference by Meta executives.